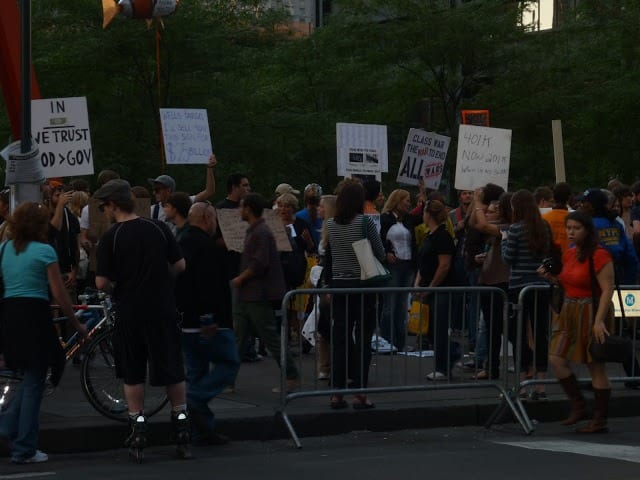 I heard about the Occupy Wall Street Movement but never understood what it was about. So, I decided to see it for myself. I don’t know what I expected but I did not expect to be completely blown away. I knew, in the back of my mind, the protesters were sleeping there but it didn’t click until I saw this: 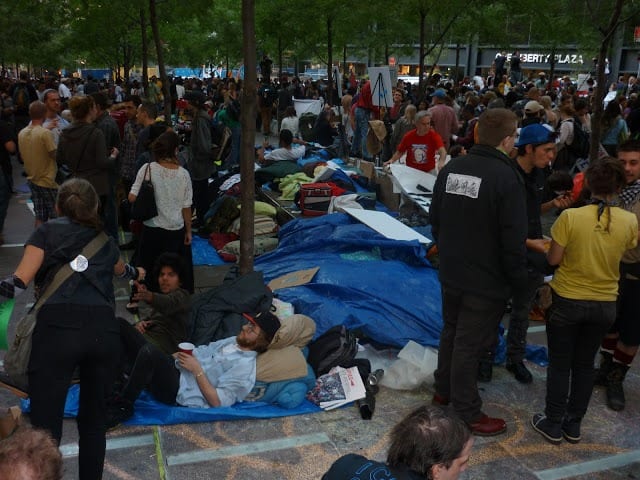 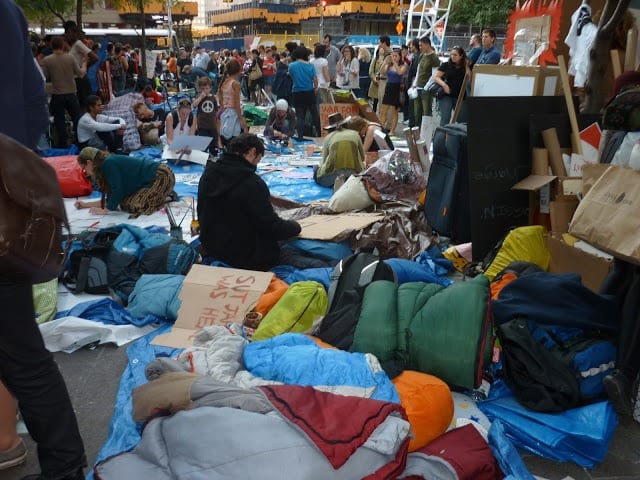 The atmosphere was… beautiful is the only word I can come with and all I did was walk around and take in the sights. As a booklover, I especialy loved this: 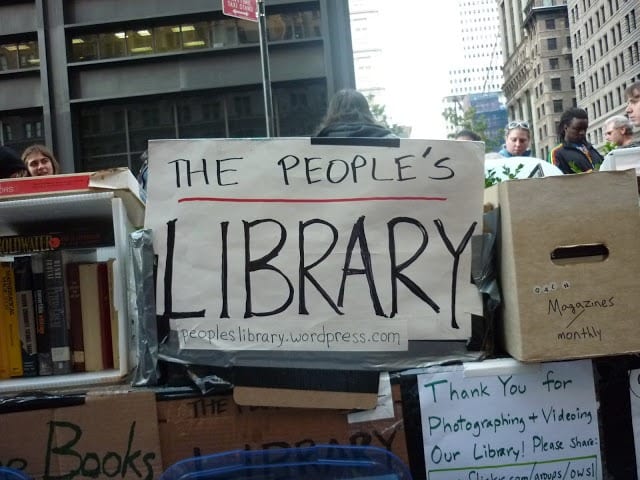 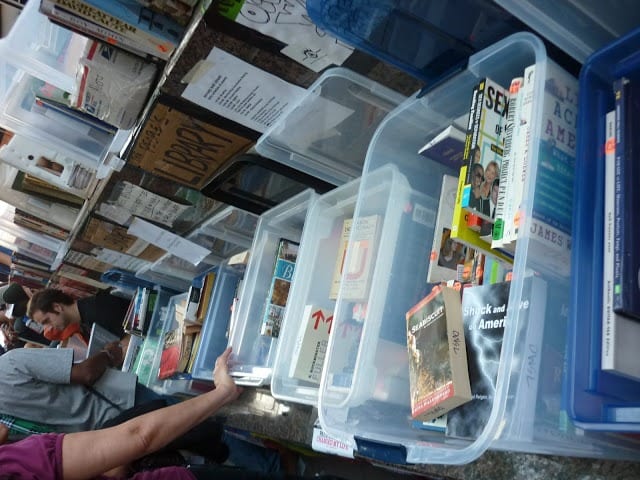 I understand now what it’s about. They’re frustrated with the way things are.

“We are protesting for the rights of the 99% – for our most basic rights as citizens, to convene, to express ourselves and to be heard. We are unified by our sense of economic injustice, as a result of both domestic, and foreign, policy.” 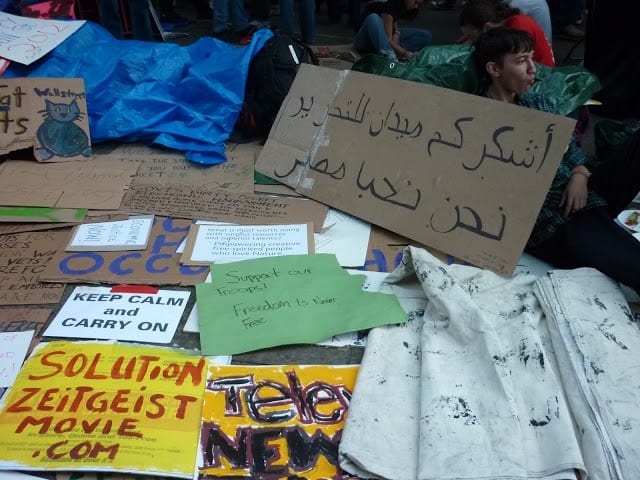 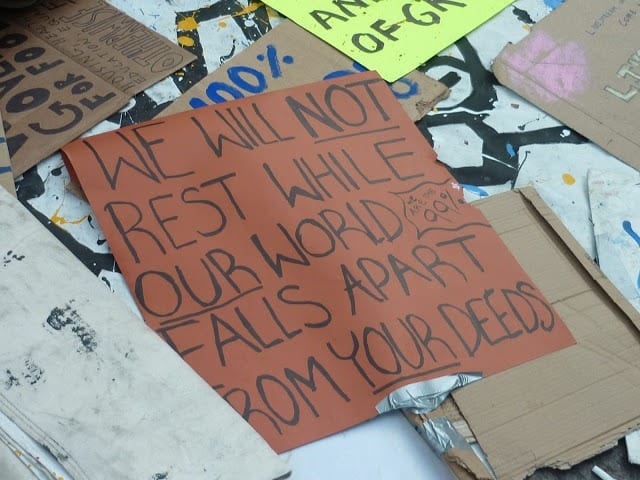 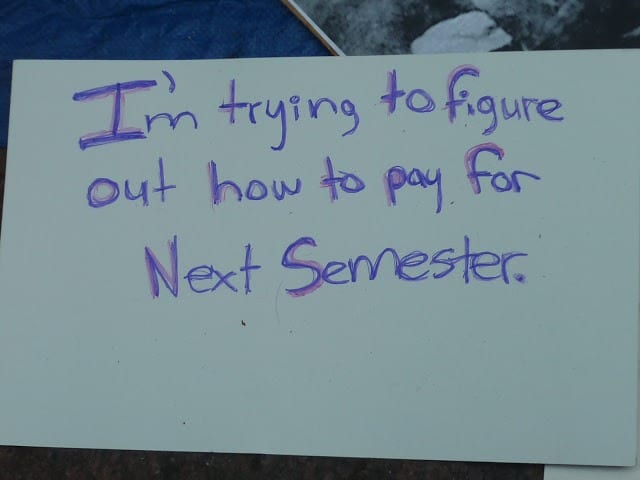 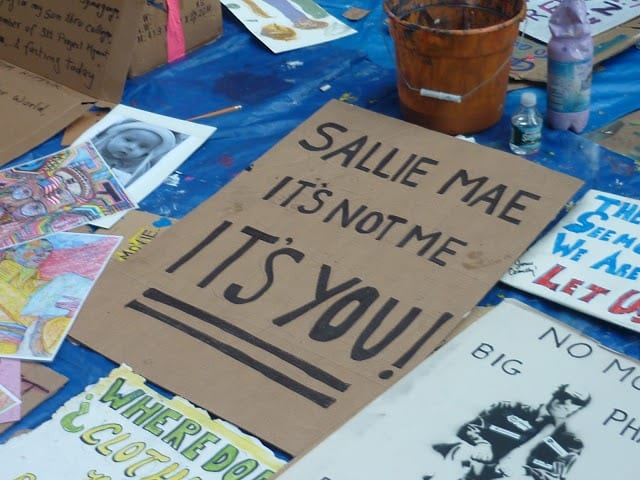 I understand where they’re coming from. Throughout high school, I was shown charts, graphs, statistics convincing me I should go to college because those who did had a better quality of life in the long run. So, I went to college, got into debt, worked hard and graduated only to have a really hard time finding a full-time job. I’d heard so many people say they just graduated and couldn’t find a job so I know it wasn’t me. Where was the better quality of life?

I then decided to go for my masters because I believed I’d have a better chance of getting a good job if I did. I’m about to graduate and find myself in the same predicament I was in when I got my B.A. What’s the point in doing all this work for years when in the end, the only thing we have to show for it is an impressive pile of debt? There’s little we can do about this. We can’t just stop going to college. For people like me, the American Dream has perched itself on top of Mt. Everest.

Back to the protesters. I expected them to be on Wall Street but they’re based in Zuccotti Park which is nearby. Wall Street is fenced off with police everywhere. I don’t go to that area often but I don’t think I’ve ever seen it so empty. It was impressive. 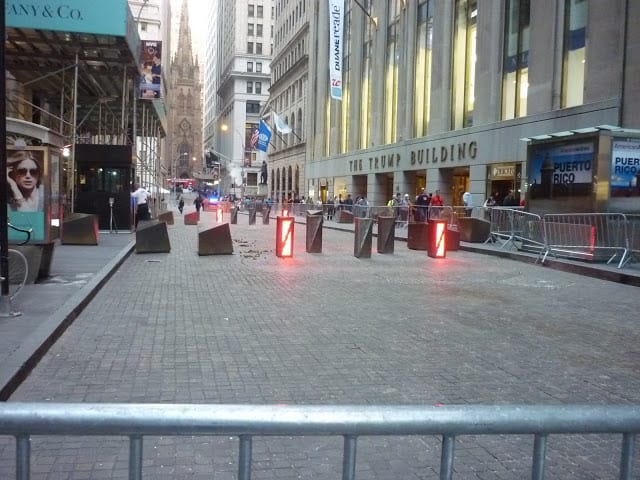 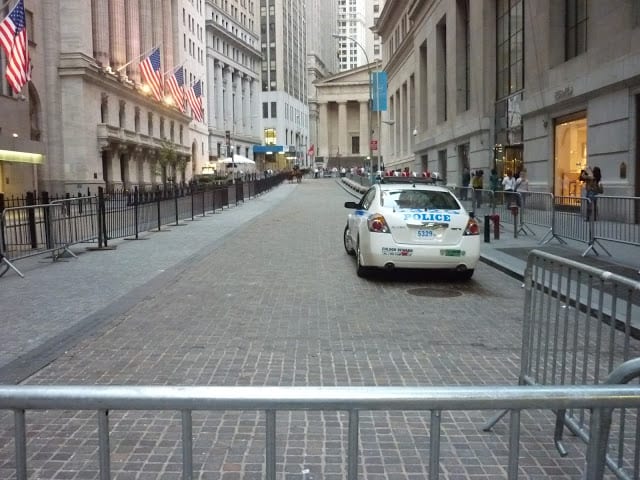 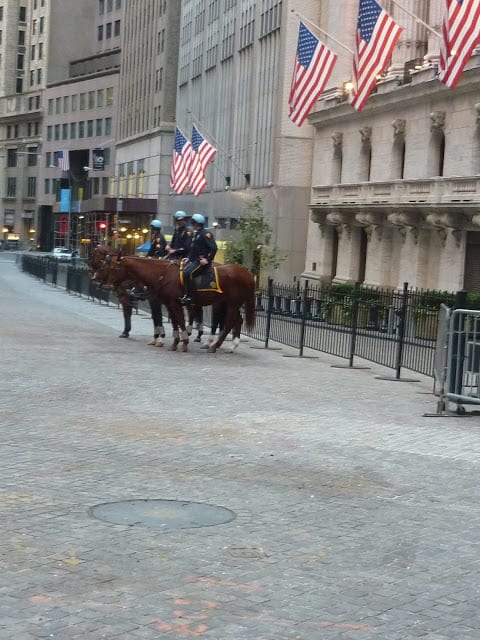 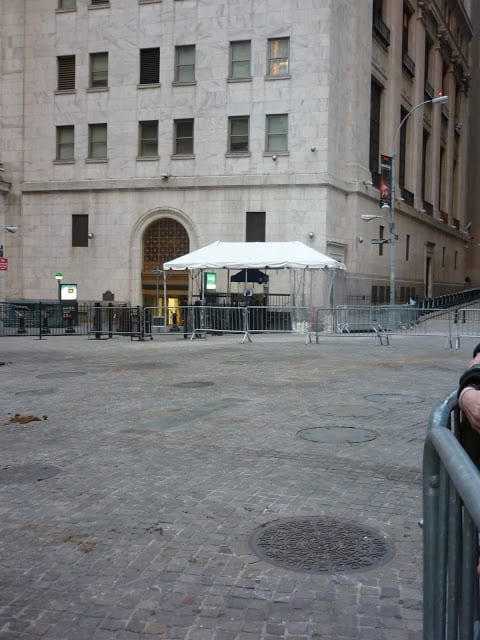 Only a few protesters were there 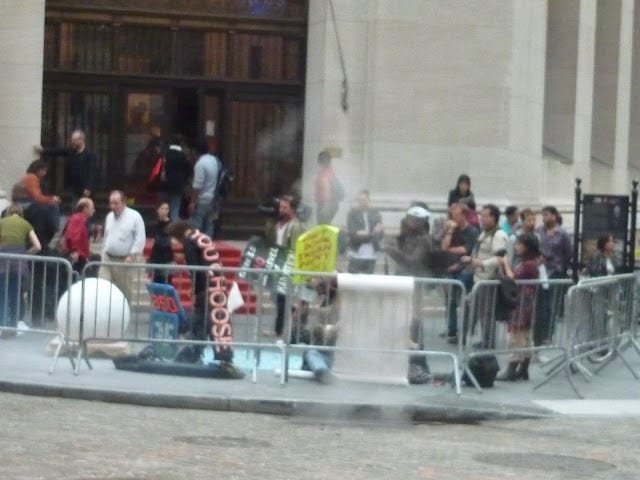 But they were told to move along. 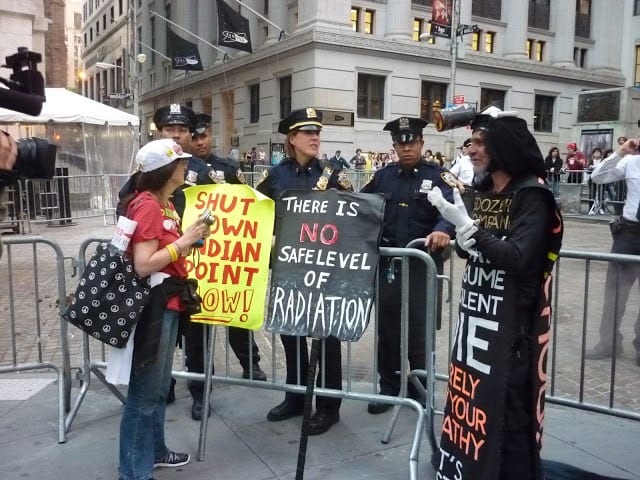 I couldn’t leave without seeing the Bull. As, like, the symbol of Wall Street, I was sure they’d be protesting around it. They weren’t but I wasn’t surprised by what I saw. 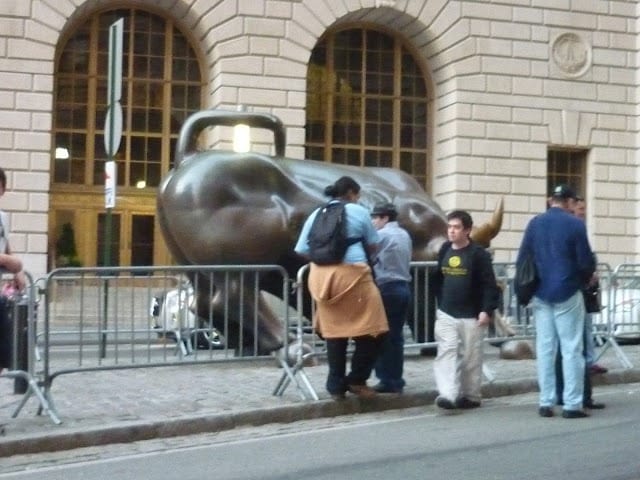 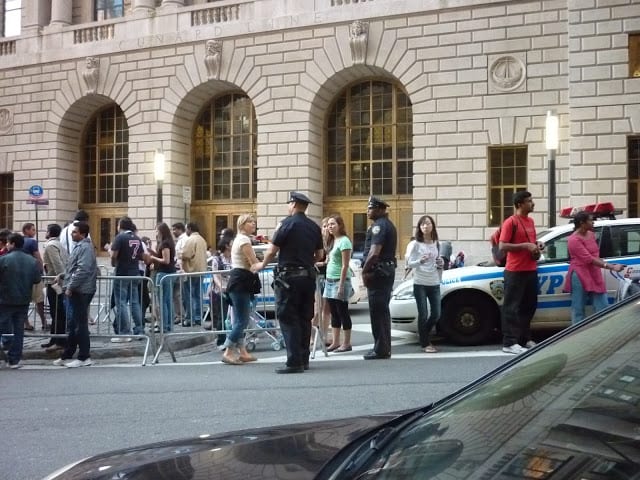 Don’t sleep on these protesters. This is just the beginning.
To see more of my photos check out my Album.
Categories:
Tags: NYOccupy Wall StreetprotestersZuccotti Park

A picture tells a thousand words. Thanks for your images of a first-hand experience.

Awesome photos! Thanks for sharing.

This is awesome! You captured the essence of the movement in both your photos and your narrative. A decent full time job should have been the reward for a quality education. Instead, you are left with a part time or no job and a boat load of student loan. You are placed in a position not of your making but of others who continue to accumulate more wealth. Where is the economic justic"The struggle continues".