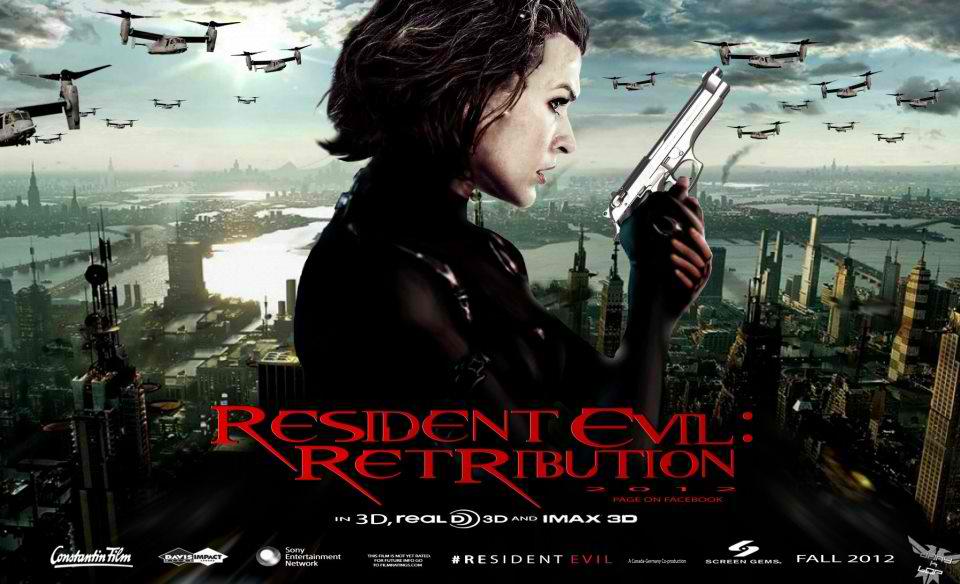 It was about what I expected. That’s a great way to start a review. I was hoping this one would be better than the forth one, Afterlife, but it was about the same. A fun ride.

If you really like the video game, though, I’d recommend skipping this one. I don’t know the original story but was told the movie messed up all the characters. Like that’s a shocker. The remake always rips the original a new one.

Here’s a hilarious comic from Dog House Diaries about just that. 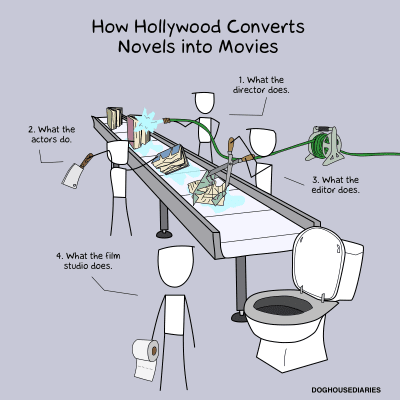 Resident Evil is a game not a book but I’m pretty sure the concept is the same.

Let’s pause for a moment. Don’t the people behind these remakes get tired of viewers saying “the book was better”, or “that’s not what that character would’ve done” or, “it wasn’t as good as the original”? Seriously, what remake has been better than the original?

But, I digress. I don’t usually have high expectation when I go to movies. This time wasn’t different. Movies are entertainment. If I can make it through the hour and a half to two hours and not want to scream at the characters or say, “that makes absolutely no sense” or “that was dumb” than, the movie has done its job.

If you’re looking for mind-numbing entertainment and awesome fight scenes then, Resident Evil: Retribution is for you. The whole making the movie look like a video game was pretty cool.

The people behind this movie put a little too much into making it look cool that they forgot about everything else. It had a plot but it was weak. The only reason I remember the characters is because I’m familiar with the video game.

I will give Retribution this, it knew how to use the 3D. Most movies aren’t worth watching in 3D but this one was. Afterlife was too. That being said, do not pay the extra money unless you’re like me- someone who can’t resist watching a movie in 3D.

I haven't seen this or played the video game, but I love the picture. Too funny!

Nobody knows their characters and their world as does the author and creator of the novel. Hollywood should stick to screenplays as they're easier to translate to film.

The movie I found to be the worst translation was Stephen King's "Misery". In the book, the villain amputates the protagonists foot. In the movie, she breaks his ankle with a sledgehammer. Really? I guess they couldn't work the amputation into the budget. I understand the special effects would cost a chunk of change, but I think they'd have made that up in box office sales.