October, pretty fall colors and Halloween. Well… here in Brooklyn, the leaves are turning an ugly, sick-looking green and brown before falling to the ground. We don’t have those pretty yellows and reds. And the weather can’t decided if it wants to be summer or fall. I’m afraid we may go from hot to freezing again this year. So, not much fall but…Halloween!

I usually break out Tales from the Crypt or Halloween Horrors. This year, I discovered some new books. New to me anyway. One of the perks of doing The Week in Links. 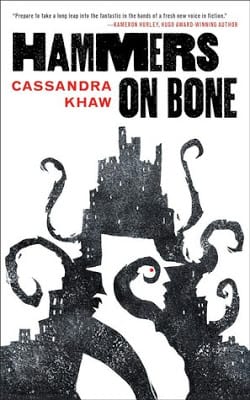 I finished this just before October started but it still got me in the Halloween mood. It’s a nice novella with some Lovecraft Innsmouth vibes. Good for a long train ride. I totally plan on reading book 2.

John Persons is a private investigator with a distasteful job from an unlikely client. He’s been hired by a ten-year-old to kill the kid’s stepdad, McKinsey. The man in question is abusive, abrasive, and abominable.

He’s also a monster, which makes Persons the perfect thing to hunt him. Over the course of his ancient, arcane existence, he’s hunted gods and demons, and broken them in his teeth.

As Persons investigates the horrible McKinsey, he realizes that he carries something far darker than the expected social evils. He’s infected with an alien presence, and he’s spreading that monstrosity far and wide. Luckily Persons is no stranger to the occult, being an ancient and magical intelligence himself. The question is whether the private dick can take down the abusive stepdad without releasing the holds on his own horrifying potential. 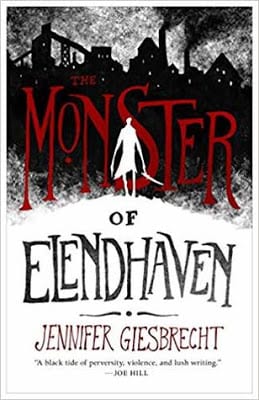 Goodreads
I’m currently listening to The Monster of Elendhaven. I’m enjoying it so far. The writing had me giggling on the train. It’s not a comedy but the narrator is witty.

The city of Elendhaven sulks on the edge of the ocean. Wracked by plague, abandoned by the South, stripped of industry and left to die. But not everything dies so easily. A thing without a name stalks the city, a thing shaped like a man, with a dark heart and long pale fingers yearning to wrap around throats. A monster who cannot die. His frail master sends him out on errands, twisting him with magic, crafting a plan too cruel to name, while the monster’s heart grows fonder and colder and more cunning.

These monsters of Elendhaven will have their revenge on everyone who wronged the city, even if they have to burn the world to do it. 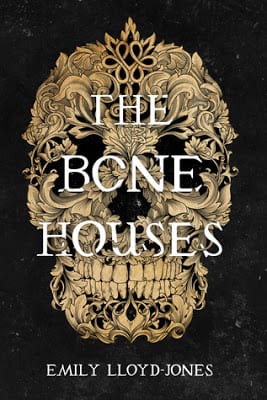 Goodreads
Just look at the cover. It screams Halloween. It came in my October book subscription box from Owlcrate.

Seventeen-year-old Aderyn (“Ryn”) only cares about two things: her family, and her family’s graveyard. And right now, both are in dire straits. Since the death of their parents, Ryn and her siblings have been scraping together a meager existence as gravediggers in the remote village of Colbren, which sits at the foot of a harsh and deadly mountain range that was once home to the fae. The problem with being a gravedigger in Colbren, though, is that the dead don’t always stay dead.

The risen corpses are known as “bone houses,” and legend says that they’re the result of a decades-old curse. When Ellis, an apprentice mapmaker with a mysterious past, arrives in town, the bone houses attack with new ferocity. What is it that draws them near? And more importantly, how can they be stopped for good?

Together, Ellis and Ryn embark on a journey that will take them deep into the heart of the mountains, where they will have to face both the curse and the long-hidden truths about themselves. 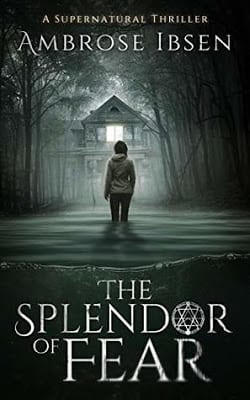 Goodreads
I’ll be listening to this as well.

Something stirs in the town of Newsom’s Landing…


Penny hates the outdoors, but when her boyfriend, Jared, plans a romantic weekend getaway in the woods, she decides to tag along.

The pair drive to a remote Kentucky campground with a strange and sordid history. Within the confines of the Swan Creek State Park are the ruins of a town abandoned under terrifying circumstances in the 19th century. The town of Newsom’s Landing had been the site of the last-known witch trial in US history, and the ghost of its defendant, the infamous Ellie Pomeroy, is said to still linger.

Arriving on the anniversary of Pomeroy’s murder, the pair find they have the entire park to themselves.

Something else is stalking the woods—watching in the night, wandering through the ruins. It brings a plague of hallucinatory terror wherever it goes, and before long, Penny and Jared can’t parse reality from nightmare.

Lost in the woods, the pair are faced with a choice: Find a way to end the century-long curse, or be consumed by it—body and soul. 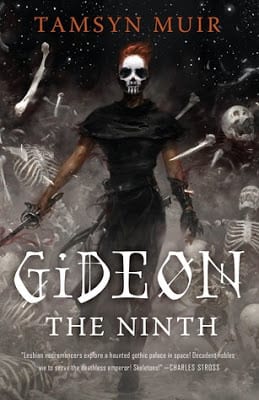 Goodreads
Another book I’ll be listening to. I had some audible credits piled up. Sounds like it’s more fantasy than horror but it has necromancers and that cover gets me excited for Halloween.

Tamsyn Muir’s Gideon the Ninth unveils a solar system of swordplay, cut-throat politics, and lesbian necromancers. Her characters leap off the page, as skillfully animated as necromantic skeletons. The result is a heart-pounding epic science fantasy.

Brought up by unfriendly, ossifying nuns, ancient retainers, and countless skeletons, Gideon is ready to abandon a life of servitude and an afterlife as a reanimated corpse. She packs up her sword, her shoes, and prepares to launch her daring escape. But her childhood nemesis won’t set her free without a service.

Harrowhark Nonagesimus, Reverend Daughter of the Ninth House and bone witch extraordinaire, has been summoned into action. The Emperor has invited the heirs to each of his loyal Houses to a deadly trial of wits and skill. If Harrowhark succeeds she will become an immortal, all-powerful servant of the Resurrection, but no necromancer can ascend without their cavalier. Without Gideon’s sword, Harrow will fail, and the Ninth House will die.

Of course, some things are better left dead.