You can stand in front of a beautiful scene and be bored photographing it. That happens, a lot, at least for me, when I’m in a touristy place. Brooklyn Bridge is nice but I’d rather shoot something else. Something that hasn’t been photographed millions of times. It’s also super annoying when you can’t get a good people-free shot.

On top of that, fences often limit you to a certain perspective. When I want to Waimea Canyon in Hawaii, we were perched on top of the canyon. I don’t have a wide-angle or telephoto lens so my shots were further limited.

After taking some landscape shots, I was bored. The scene was beautiful but I was tired of taking the same top-down photos.

The sky was interesting: 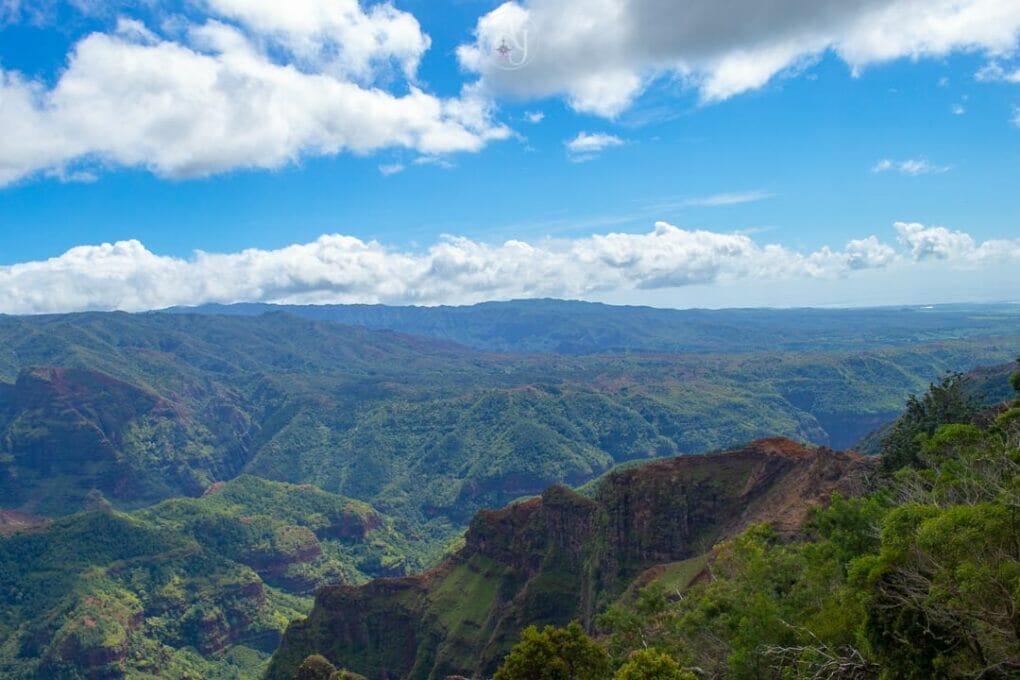 but even that couldn’t save the shot. I wanted to jump the fence and climb in the canyon.

Then, I remembered a video on composition. They said get low or high when you want to come at the scene in a unique way. Most people take a shot straight on, at eye level. Sometimes, just squatting could give you a more interesting photo.

There’s no way I can get high unless I climb on something. This means, I often find myself setting on the ground to take photos. Good thing I don’t care about looking silly.

Fortunately, the fences around  Waimea Canyon were wide enough to shoot through. I got on my knees and pressed my camera against the fence. 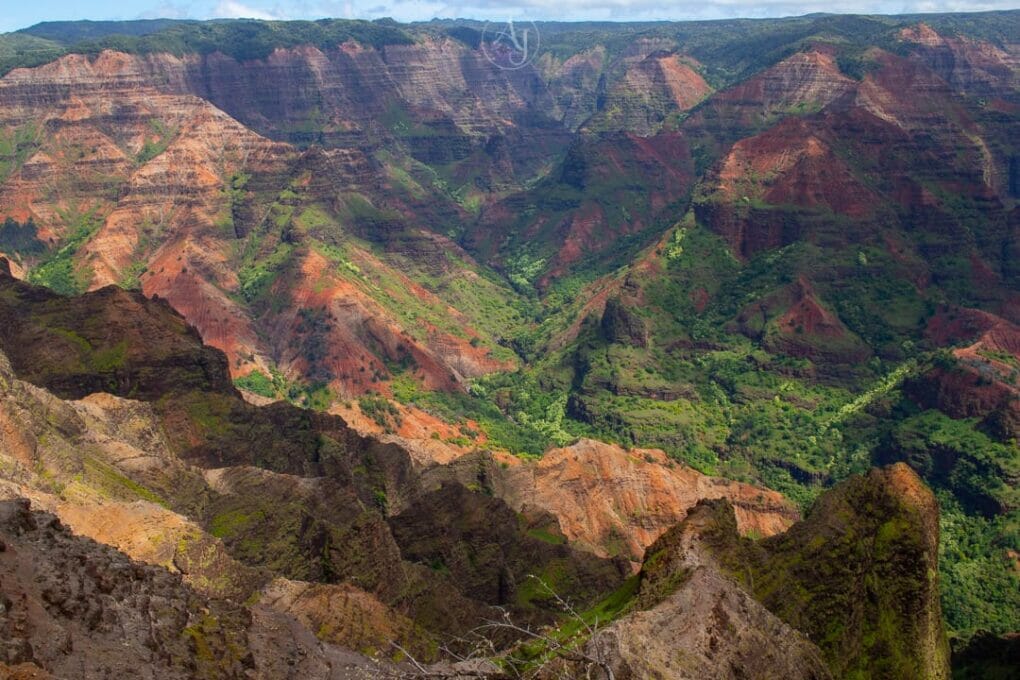 Much better And, I wasn’t bored anymore. It was fun trying to find interesting ways to shoot the scene. Finding elements to photograph through. At calf level, I didn’t have to worry about people getting in my photo. No one was shooting low. 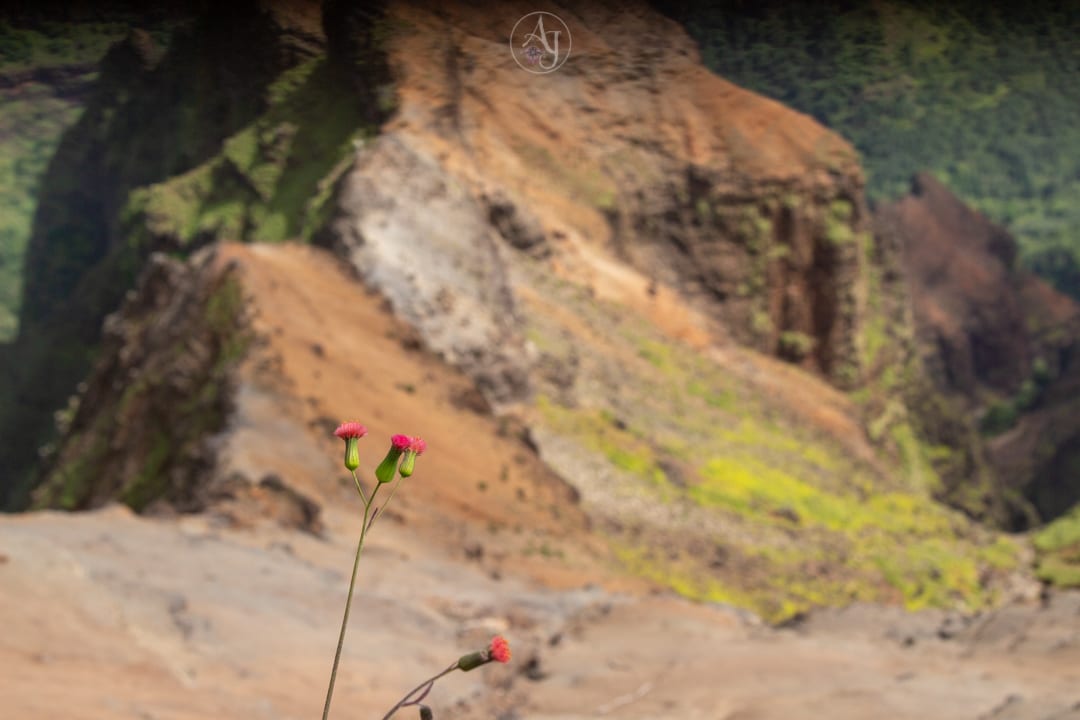 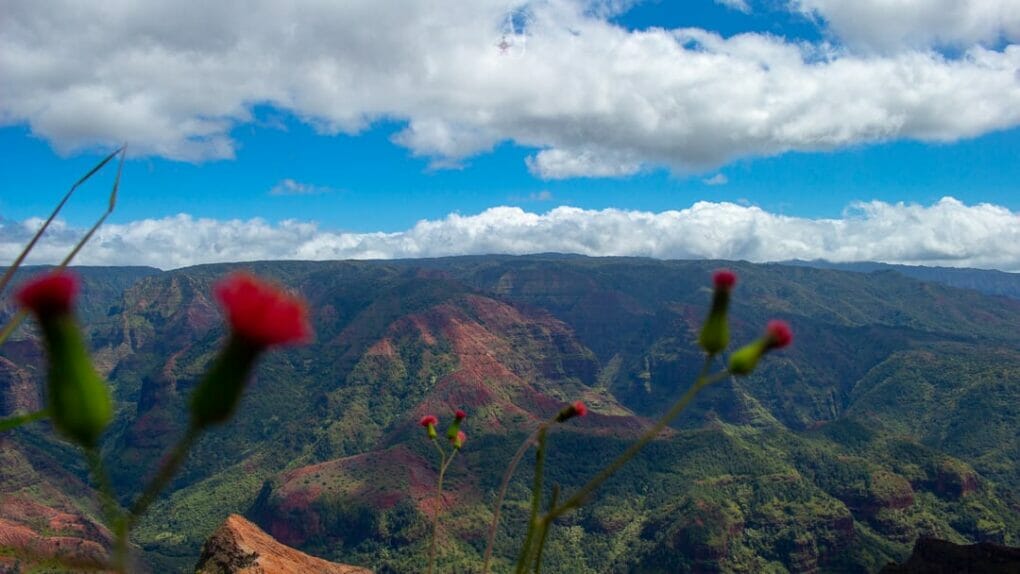 On top of that, Waimea Canyon has nice textures and colors. That area was made for some beautiful black and white shots. 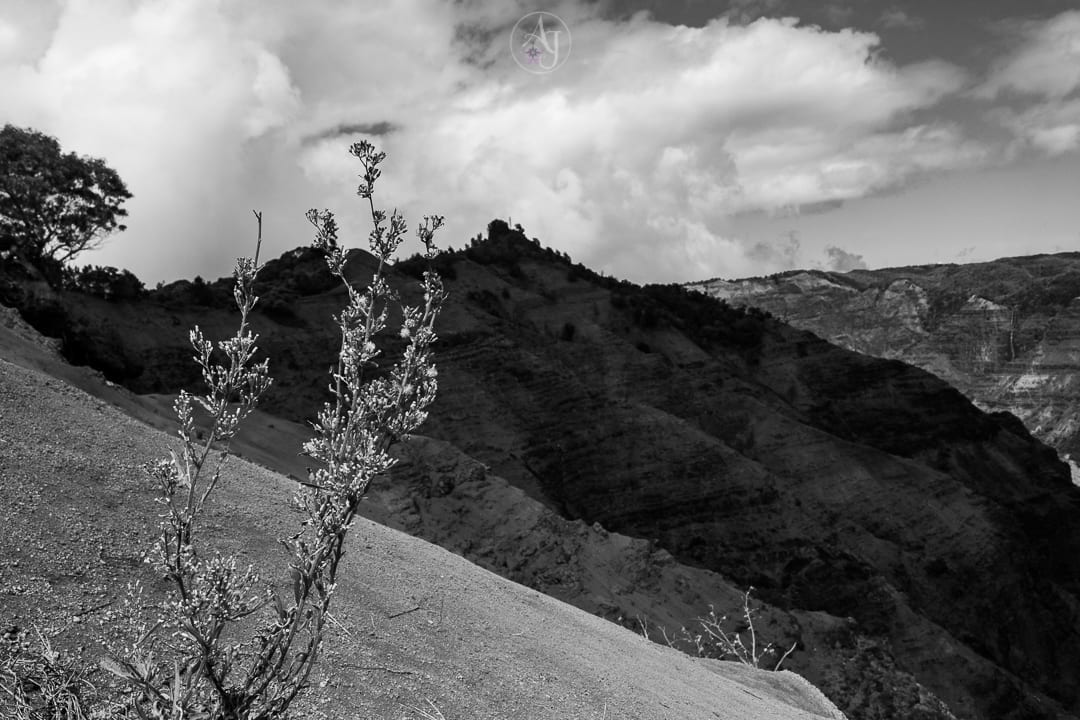 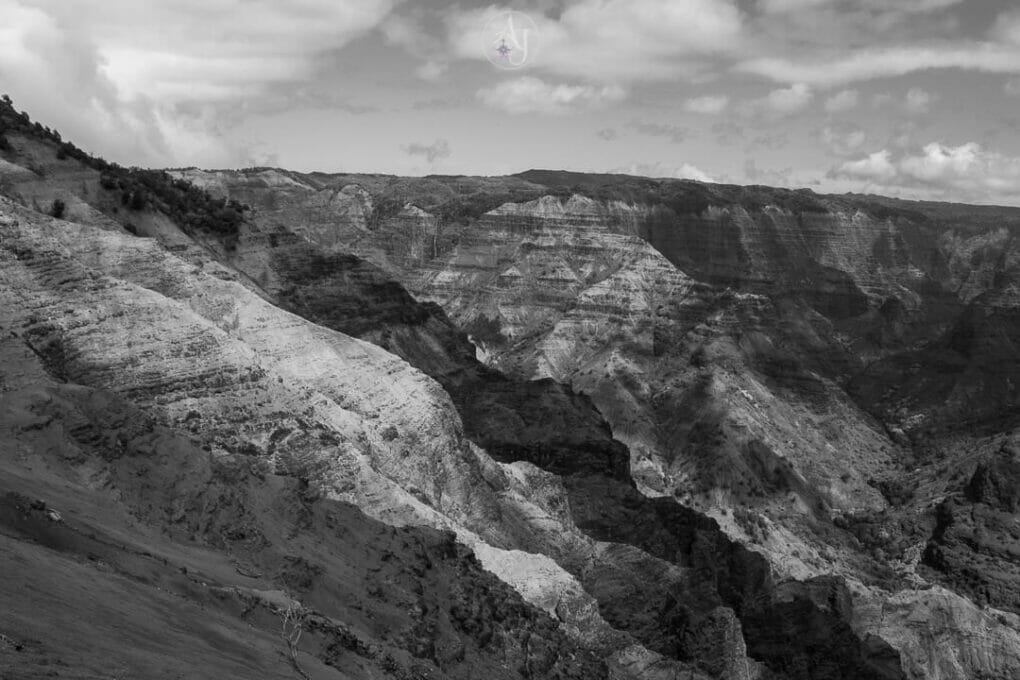