The Dark Side of Popularity

How many times have you said or heard someone say they didn’t go near a book because of all the hype? You’d think a lot of hype was a good thing but if it turns away potential readers or turns off people then- what’s the point? It’s kind of an interesting situation. A lot of hype means people are raving about your book but it also means a lot of people will stay away from it or assume it’s terrible simply because it’s too popular.

Logically, this makes no sense but I can understand. For instance, with me, I love horror but I’ve always bypassed Stephen King’s books. I love his movies but, in the store, I ignore the many shelves dedicated to his book. Instead, I zoom in on Bentley Little who’s popular but not nearly as mainstream as Stephen King. I own three books by King and only picked up one, a short story collection. The stories were well written. I enjoyed them all but I haven’t picked up that book in years and probably never will.

Then there’s GRRM’s Song of Fire and Ice series. I own A Game of Thrones but after one half-hearted attempt to read it, I put it down and haven’t picked it up since. I’ve been meaning to watch the series on HBO but haven’t. Interestingly enough, I’d probably really enjoy both. This avoidance has nothing to do with the assumption that if it’s popular it must be bad. I don’t doubt King and Martin are brilliant writers. I don’t doubt they’ve created stories that defined their genre.

Then, there’s the Twilight series. When I read the first three, I found them to be entertaining- a little unrealistic and sometimes creepy (and not in a good way) but still a descent read. But, as it rose in popularity, I went from not caring either way to passionately disliking the series. Finding out someone liked the Twilight series became a deal breaker.

Now, I’m trying to figure out why the change. I knew the books were flawed while I was reading them but I didn’t care until they grew in popularity. But, on the other side, I’ve loved Harry Potter since the beginning and it becoming mega-popular hasn’t changed that. It’s still my favorite series. 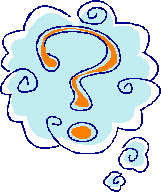 As usual, I turned to Google thinking there must be tons of studies done on this subject. I mean, it isn’t exactly new. Turns out, there isn’t or they’re harder to find. I only found forums none of which talked specifically about books. Check them out.

Why do people hate popular things?
The Escapist Forums

Both forums provide some interesting explanations but “hate” is not what I’m going for. It’s more like popularity is a wall between us and a book we might really like.

So, where do we want to fall as writes? Funny enough, it would be nice if one day my books were read and loved by many. It’s not like my all-time goal but if I had a choice between a writing career like Bentley Little or Stephen King, I’d lean towards the latter. It would be nice to be able to make a good living off my books, to write the type of book college students are required to read.

Most of us don’t choose this path because we desire fame and fortune but, if our books exploded into popularity like Harry Potter and Twilight we wouldn’t turn away the benefits, at least I wouldn’t. It’s an interesting paradox and one I don’t have an explanation for. We want our books to be regarded favorably but we’re turned off by books that become too popular.

Logically, shouldn’t we be doing back-flips every time a book gets to be so well known the author’s name becomes its own brand. We may not want the fame but it should give us hope knowing, despite what people keep saying, it’s not completely impossible to make a pretty decent living off our books. Instead, I see the horror section overrun by King’s books and get a little annoyed.

I’d love to know why we, of all people, are turned off by authors whose books make them famous, authors who are kind of living our dream. Is there this thinking that since they became so mainstream, they must’ve sold their souls to write something completely market driven instead of from the heart? Does it have to do with the feeling that the book should be famous not the author? What are your thoughts?

I don't read things just because of hype. I also don't keep away from books because of hype either, so I don't think I'm very helpful in this debate. LOL

Oh I am the type of person to get turned off by hype. I loved the first four Harry Potter books till the became popular. For me, I think it's that way because of how commercialized it becomes. It's gross. Would there have been "TwiHearts" without the movie? Would people be dressing up with wands and gowns without the movie? Would there be epically long Stephen King sections without the movie? Movies do it, I think. If its marketable, anyways. And that's why I don't like it. If it was JUST a book, sure, I wouldn't care. But people like it because Hollywood made it sexy, cool and glamorous in some way. Not the bookstore or the library.

I see what you're saying. I think I take issue when I read really popular books and they're just terrible. For example, the writing in 'Fifty Shades of Grey' is intolerable. It's only made worse because it's so popular. Do people overlook it because of a good story? I don't know. I certainly can't.

Conversely, Stephen King is very mainstream. But I happen to think he's a fantastic writer, not only technically, but in description, too. He's spent years honing his craft. So in my mind, he deserves the success.

I think the effect of hyped books is the deluge of imitators that come after it, trying to ride the wave. That's what annoys me more. Right now we're still seeing a lot of paranormal vampire romances, and that's due to the infernal franchise known as twilight, of course.

I've been hearing an overwhelming amount of negativity towards 50 Shades.