I keep learning new things about writing. I like it but it gets a bit old when every time I learn something new I see more and more holes in my stories. I’d written one novel years ago and reread it so many times. I liked it a lot. I still do only now I’m realizing how much of it doesn’t make sense. I included some scenes simply because I liked them but I never asked why they were there. I’ve reached a point where I can’t go any further in my editing until I fully flesh out what the villains’ plan is and the source of my character’s power. It sounds like common sense, I know, but I hadn’t thought about it until I started world building. I’ve come up with several explanations but I don’t like any of them and I can’t figure out why. The thing is, I read over each explanation and I like the overall concept. I’m reluctant to just scrap the whole thing but something just isn’t right.

Actually, I know what the villains want I just don’t know how they plan on getting it.

All the characters are in line. The initial problem has been identified but I don’t know how it fits into the villains’ overall plan. I wouldn’t say the middle is unclear. I know what will happen next, I know the next obstacle I’ll put in front of my characters. I have the scenes plotted. I just need to figure out how they all connect. I know they do. I can feel it. There’s a line running through this entire story- I’m sure of it but it’s eluding me at the moment. It’s a lot of fun trying the find it though. Good thing I like puzzles. This is where my journal comes in. I’ll write explanation after explanation, origin story after origin story until I find one I like. 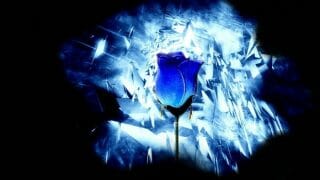 On a completely unrelated note, do writers ever get used to negative comments? I’m giving them more of my attention than they deserve. Maybe it’s because I’m still new to writing as a profession so, for the most part, my stories are either getting no comments or rejections. This is where a writing community comes in but I haven’t been as active in finding one as I should.

I know negative comments come with the territory and I don’t expect everyone to like what I create because they won’t. Do writers ever reach a point where negative comments don’t faze them- they look at them and just laugh? I hope so cause I can’t wait to reach that point?

I can competely relate!! Especially to your remark about negative comments — I hate when I get sensitive (or read into something. Recently I was told, "Maye save novel writing for later; write short stories for now." It was meant with the best of intentions, but I took it to be a slam.

On another note, I can also relate to the dreaded middle! I have a short story that needs a better middle. I just don't know how to change it! The beginning is good and so is the end…just what does the character do in the meantime??