As a life-long horror fan, October is my favorite month. Since I started writing in Dark Fantasy, I’ve kinda neglected my macabre side. Here’s a little story I wrote to appease the horror within. 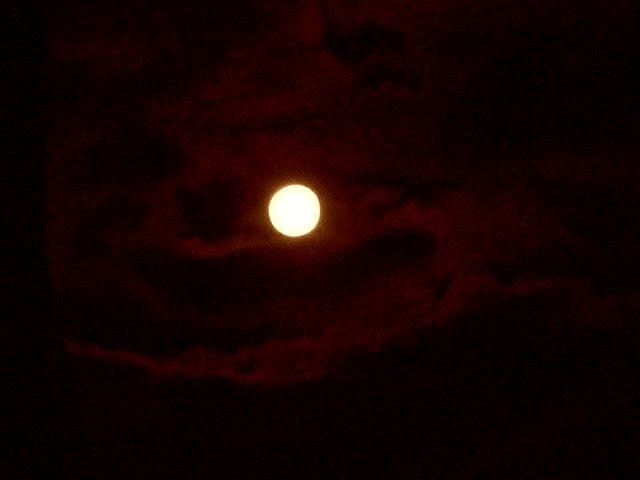 Humans find the one good house on the block and call it haunted just because it didn’t look new. They told tales on Hopewell.

While feasting on two females’ life forces, Reeka Aberret overheard one say Hopewell was once the residence of a couple who rented the rooms to travelers. At night, they drugged the guests, carved out their organs, cooked and ate them. Sometimes, they skipped the drugs and the cooking.

Reeka knew a guy like that. He didn’t have to lure. People willingly gave their internal organs to her brother Lo. He didn’t ask. All he did was smile and the humans sliced open their own guts .

Why did the stories always take place at night? What self-respecting demon needed darkness to hide their exploits? If she always attacked at night then, when would she sleep? During the day? Yeah, like she’d give up a prime opportunity to feast when humans were most active.

“Why are you eyeing the haunted house Rikey?”

Sevya elbowed Reeka, throwing her at the brick wall surrounding this decrepit structure.

Nursing sore ribs, Reeka stood upright and glared at her little sister. All Aberret’s were immune to the vicious effects of her stares. Wasn’t the first time this fact irritated Reeka.
Unlike the rest of the family, Sevya elected to wear her thick black hair cut above her ears. This, on top of her hard features, made her look masculine but apparently, Reeka was the only one who thought this. Males- humans and demons- hung off her like her skin was made of gold.

“It’s not haunted,” Reeka said bumping her little sister with her ample hips. Sevya had the face but she had the body.

“It is actually. By a delicious spirit.”

“Spirits give me gas.”

The gate voiced its agony when Sevya pushed it open. Reeka was still rocking her head to its cry when Sevya walked up the stairs. The wood creaked. How delightful?

Hopewell had once been elegant. Age and neglect had improved it. Looked like little vermin with little teeth were taking their own sweet time gnawing the wood. What would they sound like? Reeka bet their music was beautiful.

Nature was having her way with Hopewell. The yard was overgrown and tangled. Green and red vines strangled the roof and base. Reeka loved the porch. The withered pillars were almost as tall as the building.
The house screamed.

What a delicious sound. It vibrated her bones. The fierce rage in that noise made her skin tingle. Reeka could picture it. Furniture levitating. Doors opening by themselves.Wooden stacks hurling at Sevya. Would there be any utensils in the kitchen? She hoped so.
Beneath the screams was a melody of breaking glass. As far as Reeka knew, the house possessed no glass. Not even the windows were shielded. Gorgeous, pointless madness. The screams ceased and father’s voice roared- berating Sevya for not finding her niche. This little demon could manifest its victim’s personal darkness.

And to make it even more fun, all the ruckus drew a crowd. Despite the many savage stories secreting from these grounds, people looked more worried than frightened.

Reeka leaned on the brick wall. More than one voice came from Hopewell. How many people did this weak demon eat?

“Have you called the police?” A human male asked her.

She ignored him. Hopewell was trembling. All the voices were pissed. The captured souls apparently had fallen in love with their murderer.

The male grabbed Reeka’s collar, forcing her to look at him. He actually touched her. How wonderful it was her first instinct wasn’t to drown him in his own fluid.

After examining her as though she was fresh dog waste on his shoe, he tossed her aside and turned to the crowd.
“There are people in that house who need our help.”
The joys of disbelief.
Turning, he disappeared into the shuddering structure. A handful of humans followed, waving garden tools. Others screamed at their backs not to get involved.

Reeka stuck out her tongue and tasted Hopewell’s aura. Her mouth salivated. This spirit ate fifty humans. Fifty delicious souls just waiting for her. Plus the handful of brave imbeciles.

Someone clamped their hand on her shoulder. Her knees buckled. Reeka didn’t care anymore. A feast was within reach.

“The heroic ones always taste better but, baby sister, you forfeited your right to this meal.”

She shook her shoulder out of Lo’s grip and batted her golden eyes at him.

“But they smell so good.”

“Stop whining, it’s beneath you.”

The voices joined in perfect harmony to release one last tortured wail before the entire house collapsed. The dust settled to Sevya rubbing her stomach and licking her fingers. She joined them at the wall.

Lo waved his hand and the onlookers dropped to the ground. He also knocked out every person who heard Hopewell’s requiem.

“I have an idea,” Lo said wrapping his arms around Reeka and Sevya’s waists, “What if we rebuild this house to make it look new and invite the family to a little get together.”

Releasing them, Lo turned to the unconscious spectators. He waved his hand. The humans rose and walked away as though being guided by strings.

“We alter the minds of the towns’ people,” Lo continued, “make them believe a well-to-do family has invited them to a party at this lovely house. Then, when they all arrive, we seal the house and have some fun.”

Sevya grabbed Reeka’s shoulders and shook her hard enough to rattle her brain.

Reeka had no interest in this get together. Sharing was not in her nature. Besides, she hated large gathering. She had let her own disbelief block her from the ultimate feast. There won’t be another like it for years, maybe centuries.

Lo slapped her back. Reeka fell forward cracking her nose on the cement.
“Cheer up baby sister. Big brother will make sure it’s worth your time.”

This is a real horror story. I can picture it as a movie. Really groosim.

Love it! Horror is a great genre.