I published one of my short stories, No Vacancy, on Amazon. Check it out! 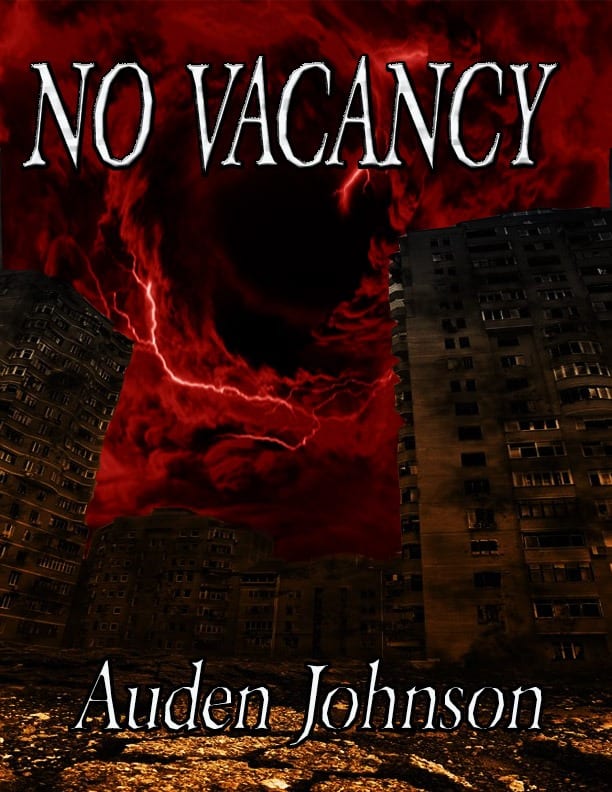 Everyone in the city has a demon inside them. The monsters are submissive— for now. A barrier prevents them from infecting the world. Half-human, Trinny Bates escaped demon possession. She and her guardian can leave this deadly city. So, why do they stay?

A shadow moved in her living room. Trinny Bates ignored it. It separated from the darkness and walked towards her bed. She still kept her eyes to the miserable ceiling. The shadow’s movements were erratic as though the bones were fighting to escape the flesh. It wasn’t her imagination. Trinny sat up to confront the intruder.


She slapped her face to shake away the grogginess and opened the darkness around the person. Now, instead of the blinding devil, thin smoke existed. Trinny focused. The figure gave her memories more power than necessary. They ravaged her mind, traveled down her throat and stomped on her heart.

Marilyn Cory stood in front of her bed. No soul gleamed behind those eyes. Pernicious delight stopped Trinny from retrieving her gun. She took the joy at seeing her friend, rolled it in the back of her throat and tried to spit it out. Marilyn had been like a sister to her. She couldn’t shoot her.

Marilyn’s naked body convulsed. The flesh fought the demon, had been fighting for too long. Her friend’s once bright green eyes were hollow. Most of her skin had rotted off and the rest resembled a bruised tomato.
Categories:
Tags: AmazonApocalypse fictiondark fantasyebookshorrorNo Vacancyshort story