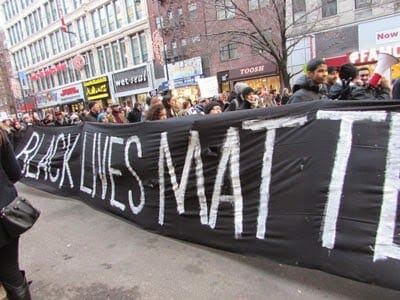 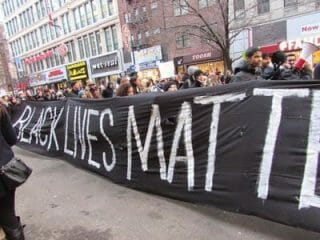 “Protesters streamed out of New York City’s Washington Square Park on Saturday to protest the killings of unarmed black people by police officers, as part of the “Millions March NYC.” (Huffington Post)

I usually don’t get useful information from the morning news. If it hadn’t been on in the background, I wouldn’t have found out about the rally against police brutality in DC and NY.

Of course, I had take pictures so I can blog about the protest. The news can be a bit unreliable when it comes to matters like these.

The crowd was amazing. It was truly inspiring. I don’t usually get emotional, but even I got a little choked up. 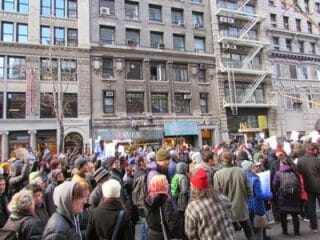 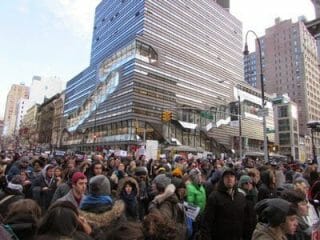 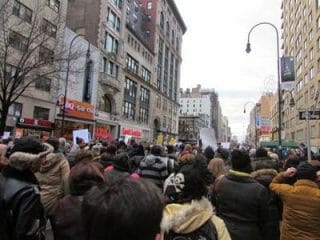 Different people coming together to protest injustice. Beautiful. This is not just a “black thing.”

The signs were as amazing as the crowd size. 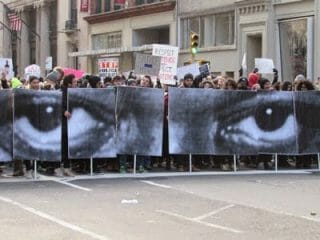 Because of the sun, I couldn’t get a clearer picture of this. This is the window of The New School. 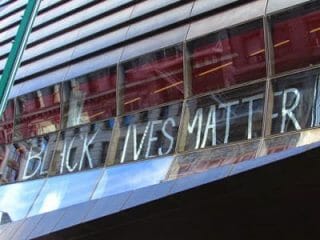 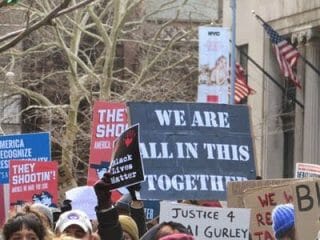 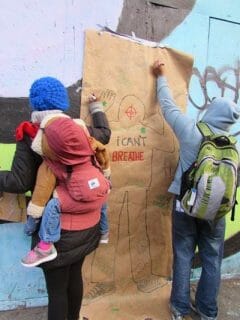 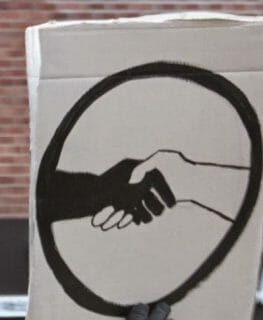 I hadn’t planned on marching, just documenting. Then, I saw him. 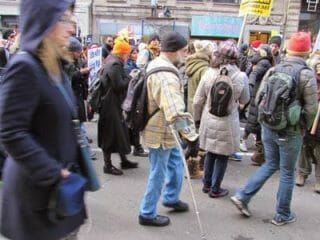 How could I not march after that? 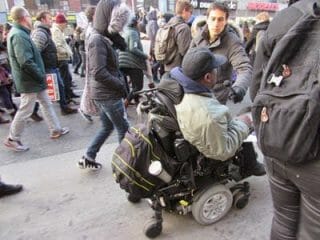 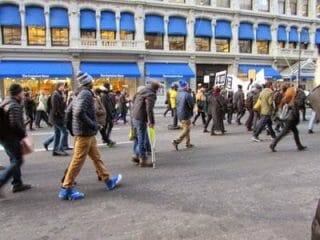 The spectators were just as inspiring. 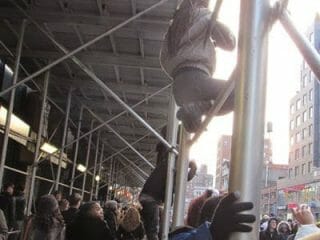 I didn’t climb scaffolding to take pictures. I did stand on the barriers–the ones that control traffic. I’m 5’4. Everyone is taller than me. I had to stand on something. 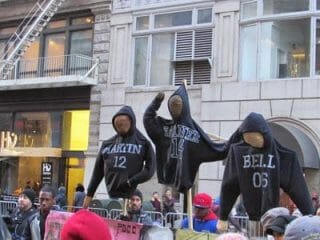 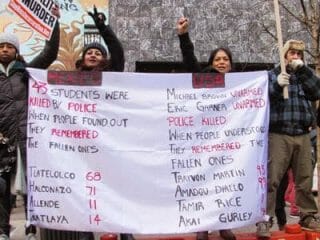 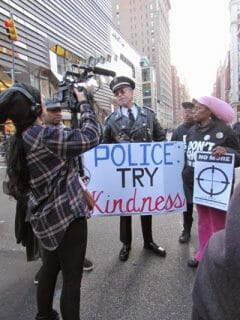 I hope this continues. Because of the ambiguity in the Michael Brown case, I can kind of see why that cop got off. The officer who choked Eric Garner should have been charge with something. I mean there was a video.

How did he get away with killing an unarmed man who wasn’t threatening him?! Garner was not the first person to resist arrest. He didn’t need to be killed because of it. That is just disgusting. What is wrong with our system? Feels like we’re heading back to the 50s and 60s.

I like peaceful protests like the ones over the weekend, but I do understand the rioting that erupted in Ferguson. After a while, you just get tired. People marched after the Sean Bell shooting and nothing changed. This is not a new problem. You’re not supposed to grow up afraid of the police.

It was so cold and still thousands of people marched.