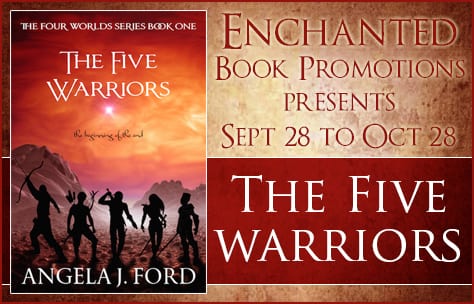 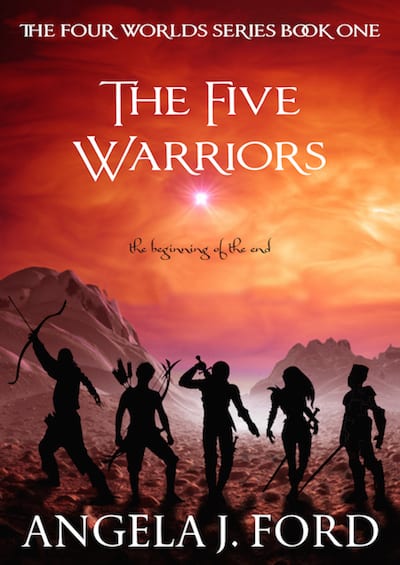 What if…
your best friend started a rebellion in the middle of a war?
your lover awakened a deep evil and helped it grow?
your people were too cowardly to face a battle?
you stole an ancient power source?
you gambled with the fate of the world?

Join five powerful warriors each with a unique ability and magical weapons. Their quest is to discover where the transformed creatures are coming from and put a stop to it.

Along the way they run into treacherous immortals, sea monsters, powerful beasts of the air and talking animals.

Each has their own reasoning for joining the quest, but one carries a deadly secret which just might be the destruction of them all.

Starman stood at the shore of the great Dejewla Sea and stared at the enormity of the swaying body of liquid. The water shone like sapphires, beckoning him to crawl into its watery graves and swim and dive as if he were a child of aqua. Waves rippled across the surface but any animals that used to dwell near the Sea had long since disappeared. He could smell the richness of the soil as the plants close to the water stretched their roots deep, bloating themselves on saltless seawater.

Alaireia, on the other hand, had already dropped her pack of supplies and was loosening the black belt that carried her long sword. “It’s good we’re camping here for a time,” she was saying, sitting on a fallen log to unstrap her black boots as Starman continued to be captivated by the Sea. “I, for one, would like one last swim before we enter the desert. Swift claims it is a dry, barren place.”

“It smells like dead fish,” Starman said, wrinkling his nose.

“Starman?”Alaireia asked, standing barefoot on the shore. “Are you coming for a swim?”

Alaireia laughed as she waded into the water to see how it felt. “The water is fine!”

“Uh…” Starman turned to go, almost tripping over his feet. “I’ll go downstream with the others,” he stammered.

“Wait, Starman,”Alaireia called. He turned around, still blushing, but she stood knee high in the water, staring into it. “What did you say it smelt like?”

Starman opened his mouth to reply when something leaped out of the water, snatching Alaireia and dragging her under. “Fish! Crinte!” Starman shouted all at once. “Help! The fish have Alaireia!” He drew his sword and ran to the waterside, but all was still again. Eyes like saucers, he ran back to the trees. “Crinte! Marklus! Swift! Hurry!” he yelled.

He ran back to the Sea only to shout and leap back in surprise as a monster surged out of the water, its long, brown-spotted tentacles waving in every direction. Along the length of each tentacle suction holes moved in and out as if the creature were breathing in air and water at the same time. Its round head had barely emerged but it was the center of the tentacles with two, horrifyingly large, ink black eyes.
Starman could see a mirror black image of himself drowning in the sticky elixir of those eyes and immediately leaned over to vomit in a bush. As he wiped his mouth on the back on his hand he saw Alaireia, wrapped in one of the sucking tentacles. It was one of the most beautiful and terrifying sights he had ever seen as she rose with the creature, streaming with now muddied water. Her black hair hung long and her shoulders were bare as she gripped the tentacle in both arms, her face a mass of concentrated fury as she struggled for release.

“Alaireia!” Starman yelled, dashing into the water with his sword raised. A tentacle reached out for him and he slashed at it, ripping it open and causing black blood to leak out. Starman almost gagged as the stench of decaying fish overwhelmed him in the water. Despite it he moved closer to the great creature. It towered above him, lifting Alaireia higher into the air.
Starman slashed at the next tentacle that tried to capture him, but ultimately failed as one wrapped its slimy length around him and hugged his body uncomfortably close. Still waving his sword, he proceeded to chop at the thick length that held him, but the creature was unforgiving. It reared its head even further out of the water, displaying a wide gaping mouth. It opened it and roared. 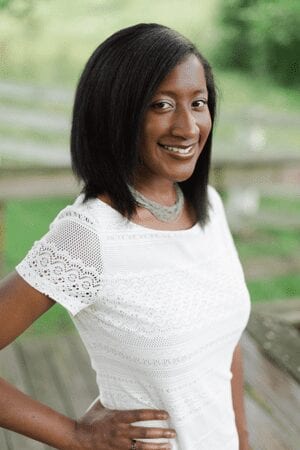 Angela J. Ford is an imaginative and entertaining writer who creates stories of fanciful worlds that enable young adults to confidently believe in possibilities and overcome differences to be stronger together.

Born in Ann Arbor, MI, and raised in Alabaster, AL, she moved to Nashville, TN, where she currently resides, to pursue a degree in Music Business at Belmont University.

Although her career has not been largely focused on creative writing, it has been an integral part of her lifestyle. Brought up as a bookworm and musician, she began writing The Four Worlds, a fantasy action, adventure series at the age of 12. The storyline of those books was largely based off of creative games she played with her sisters.

Originally finished when she was 16, after college, Angela began to re-write the Four Worlds Series, bringing it from a child’s daydream to an adventure young and old alike can enjoy. Inspired by fairy tales, high magic and epic fantasy, you’ll enjoy your adventures within the Four Worlds.

If you happen to be in Nashville, you’ll mostly likely find her at a local coffee shop, enjoying a white chocolate mocha and furiously working on her next book. Make sure you say hello!