The Beast of Barcroft by Bill Schweigart 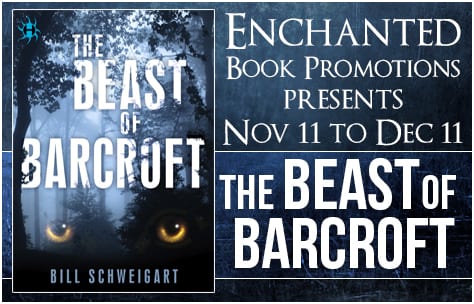 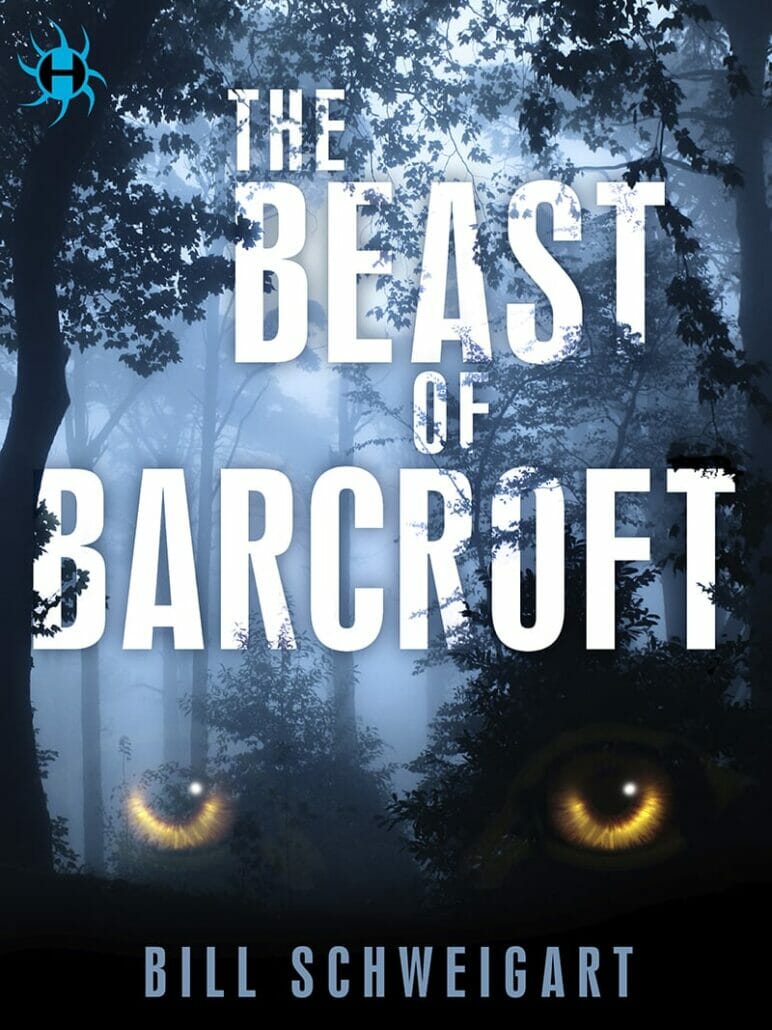 Fans of Stephen King and Bentley Little will devour The Beast of Barcroft, Bill Schweigart’s brilliant new vision of dark suburban horror. Ben thought he had the neighbor from hell. He didn’t know how right he was. . . .

Ben McKelvie believes he’s moving up in the world when he and his fiancée buy a house in the cushy Washington, D.C., suburb of Barcroft. Instead, he’s moving down—way down—thanks to Madeleine Roux, the crazy neighbor whose vermin-infested property is a permanent eyesore and looming hazard to public health.

First, Ben’s fiancée leaves him; then, his dog dies, apparently killed by a predator drawn into Barcroft by Madeleine’s noxious menagerie. But the worst is yet to come for Ben, for he’s not dealing with any ordinary wild animal. This killer is something much, much worse. Something that couldn’t possibly exist—in this world.

Now, as a devilish creature stalks the locals, Ben resolves to take action. With some grudging assistance from a curator at the Smithsonian’s National Zoo and the crackpot theories of a self-styled cryptozoologist, he discovers the sinister truth behind the attacks, but knowing the Beast of Barcroft and stopping it are two different animals.

The sun had set and all that remained of the crimson sky was a thin red line over the trees to the west. It was November, just after the dreary end of Daylight Savings Time, which had freshly sliced an hour of sunshine from his day. Too dark too early, he thought. He turned his back to the trail and was on the short path back to the road when he heard it again.

He brought his hand to his mouth and called out. The crying continued at the same volume, as if the child had not heard him. It was difficult to get a bearing on it. It sounded like it came from inside a well but it also seemed to drift down from the branches overhead. A trick of the autumn wind, he told himself. For a moment, he thought of La Llorona, the Crying Lady, who drowned her children in the Rio Grande to impress a suitor. When the man was understandably not impressed, she had killed herself, but her spirit roamed the riverbanks, wailing and taking children after nightfall ever since. It was just a bit offolklore his father told him to keep him from falling into the river, but he shivered. He called out again and closed his eyes to listen harder. The crying floated around him. He had started for his truck to get a flashlight when he cursed himself.

The stream. He had not checked Four Mile Run.

He sprinted back down the path and crossed the trail to the edge of the valley. The stream was thirty, maybe forty feet below, and the steep face was choked with vines and roots, rock outcroppings jutting out and obscuring the bank directly below him. Stream my ass, he thought. It looked like a river. Water, from a week of heavy rains up north, roared over the rocks. It was so loud you could barely hear yourself think, even at this height. In the valley, it was darker and harder to see, and a corner of his mind nagged at him to get the flashlight, but the crying was clearer now, pinpointed. And insistent.

He clambered down as quickly as he could. Halfway down, clinging to the undergrowth, he wiped the sweat from his eyes. He peered over the lip and spied a figure below. “I’m coming.”

The figure turned and sniffed the air between them.

Manny swiped his eyes again and blinked. What he saw should not be here in Arlington.

He moved faster scrambling up than climbing down, using every limb and muscle to get back to the trail, to his truck that would take him away. Promises and prayers jumbled his thoughts. If I make it, Madre Mía, I’ll exercise, he thought. His heart burned, but he shot up the tangle as fast as his body would allow. He got his head over the edge and raked at the valley wall with his feet to clear it, but the thing caught his ankle and pulled. For a moment, he could see the trail, just feet in front ofhim. Beyond that, the small beaten path that led to the guardrail, the border between the woods and Barcroft, between this nightmare and the real world. Then came a sharp, wrenching pain. Manny hollered, but in a split second his leg was blessedly free again.

He pumped it but found no purchase. He looked down and saw his foot was gone.

With the little air left in his lungs, Manny threw back his head and screamed. Maybe someone on the trail would hear and come running, but it was November now and too dark too early. There was no one to flag down, and the rushing water drowned out his screams just the same. He wasn’t going to make it to the truck or the trail or out of this valley. It had him by the knee now. The trail slid from his view. Overhead he saw the stars beginning to reveal themselves on a clear night, framed now by the walls of the valley. Then the beast pulled him down into the stream and he saw nothing. The last thing he thought before losing consciousness was his inability to distinguish the icy sting of Four Mile Run from the teeth.

Bill Schweigart is a former Coast Guard officer who has drawn from his experiences at sea to write the taut nautical thriller, Slipping The Cable. Schweigart’s debut is a modern entry to the rich tradition of the sea novel: everyone is confined aboard ship, tensions run high, and the setting itself is deadly, but not nearly as deadly as his characters. If you have ever suffered an impossible boss, ever wanted to fall off the grid and start over fresh, or just wanted to lose yourself in a high seas and high stakes adventure, Slipping The Cable is a must read. Schweigart lives in Arlington, VA, where he is currently finishing his second novel, a supernatural thriller set in the shadow of Washington, DC.