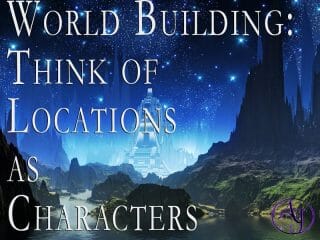 William Estes asked “How much detail do you have to put into locations that your characters only hear about? “

…
Depends on how important the location is to the story.

For this post, details doesn’t always mean what you put in the story. Sometimes you create background information to help you picture a location. Most of that information never gets into the book.

Map it
I map every location I name, no matter how small the place is. You at least need to know climate, how close it is to other towns/countries/continents, terrain, size and water source.
Plot Critical
Let’s say your characters are in search of a new home. They hear about this place and think it’s a good location to settle down in. You’ll need to determine the place’s location on a map to know how far it is from your characters, the terrain and whether or not it’s possible to travel to it. Why do your characters think this is a good place to settle down? Why did it come up in a conversation? Your characters may spend the entire series only hearing about the location, never reaching it but because it’s so important to them, you’ll need to know the ins and house of that location.
If the location is critical to the plot, it’s best to build it as you would a city or village your characters actually visit.

In the Merging World Series, my characters hear a lot about this city called Denont. This place is causing them a lot of problem. Generally, most of the characters who visit it hate everyone who lives there. During the story, only one character actually goes there. Because Denont is important, I developed its culture to show why the characters hate it. I created the location’s history to understand why the place is causing problems. Denont has a major port. Guns used to come in through that port from Sorin. Denont leaders made deals with Sorin to get some gun “under the table.” Because of this, when the world ends, certain Denont residents have enough weapons to take over the country. 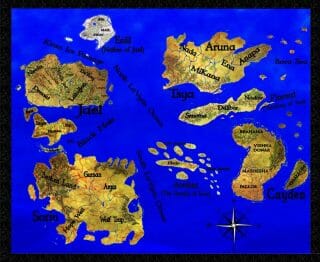 I also needed to go global. Denont gets supplies from Sorin. What is Sorin known for? Why are they sending guns into Denont’s port as opposed to another city. The province (continent) Sorin is located under Jael, the province Denont is on. Due to natural obstructions, Denont port is the fastest way Sorin can get supplies into Jael. They go through the Rika canals. I don’t dig into how the Denont leader made a deal with Sorin because it’s not important to the plot.
Trade
There are certain place in my story, like Sorin, that are important for trade. How much detail do I put into that? Most of the time, I create the product they are known for, their location and how supplies are transported. Because Sorin is a province, I also know the size of the land, the terrain and the names of the countries.

There’s also a place called Keep Tryst in my series. Certain characters never visit it but they hear about it often because the residents are experts at mixing medical herbs. Keep Tryst is located in the mountains which means it’s difficult for most travelers to reach them. They get their herbs into different villages through one person. That’s the only details I put into this location until a character visits it.

Now, if one of your character meets someone from a location they’ve only heard about, you’ll need to do a little world building. What type of clothes does this person wear? How do they speak? How do they view people outside of their home? What is their life like in this location? It their life is physically demanding, they may have a lot of muscles. If they’re from some place warmer, they may have problems with cold weather.
History
Then there are places that are historically significant. Your characters don’t visit them for various reason. The location’s history is important to them and the plot. The history tells you the type of world building you end up doing. If this place was known for its sturdy buildings, you’ll need to detail the structures and maybe even the town’s layout and how it impacted the country or world. Most of the details may not make it into the story but the background information helps you build a well-rounded location. 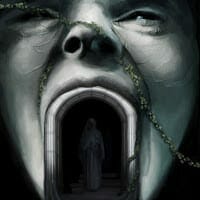 I world build as I write which means I only created details needed at that point in the story. If, while I’m writing, I realize a location is becoming important, then I step back and develop it enough that I can move the story along.

Think of locations as characters. A person learns another character is good at repairing buildings. That may be all the details you need if the person doesn’t think the character is important and never actually meets them. There may be a corrupt leader of the village the person lives in. The person never meets this leader but they know all about their personality, their appearance, their family background, where they live, why they’re corrupt…everything.