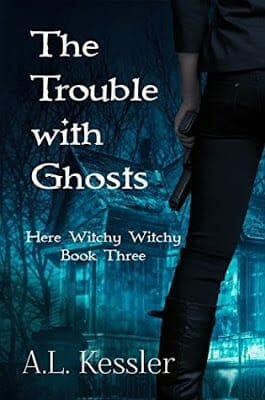 Title: The Trouble With Ghosts

PIB agents Abigail Collins and Nick Averin are rattled when a handful of severed thumbs are found at an abandoned house, but neither of them expected it to link to a decades old murder with strange ties to the paranormal world. When Abby’s greatest enemy seems to be helping her from afar, it’s clear that there’s more to this case than the duo first believed.

Past cases come back to life…

Levi is avoiding questions and being even more vague than normal when a new vampire comes to town claiming to be on the case involving blood starved vampires. It’s a fight against time and lies for the two agents.

I walked into the bar and let out a sigh of relief to find it empty. My wards hid the bar from human sight so that it was available to supernatural clientele only. The act of using magic for that purpose was slightly illegal, but it wasn’t something I was going to push. I understood what it was like to want a place where I could be myself. “Hello?”

“Welcome to…” The words died on the woman’s lips as she came from the back room and saw me. “Who are you, witch?”

Wasn’t exactly the greeting I was expecting, but I kept my face blank. “I’m Abigail Collins, I’m the witch Simon hired to put the wards on the bar. It’s been a year since I’ve last checked them. I wanted to make sure everything was good.”

“Hey Travis, there’s a witch here saying Simon hired her.” She called over her shoulder, her eyes still glued to me. I stood there trying to look harmless, which was hard when I was tall and had my gun on my hip. I’d luckily had the foresight to hide my PIB badge before walking in. “I just need to walk around to make sure—“

“No.” A gruff voice came from the back room and I tried to decide if I was going to leave it at that or not. I could have turned around and went right back to my day job, but I couldn’t in good conscience not check on the wards. If something was to happen and the bar was caught hiding, it could be trouble for the pack.

“No?” I asked and put my hands on my hips. “My wards have been protecting this bar for over three years.”

The woman moved out of the way and the wolf came from behind her and filled the doorway. I hadn’t seen him before. His bleached white hair and brown eyes would have been something I remembered, not to mention the sheer size of him. It was rare I met someone that made me feel short, but he towered over me with his solid muscular frame. I pressed my lips together as I met his gaze. “You must be Simon’s assistant manager; he’d mentioned he was leaving you in charge for a bit.”

“I’m not only his assistant manager, but second in the pack.” He crossed his arms and the veins in his arms bulged.

I raised a brow. “I don’t remember seeing you at the fight against Mina.” Mina was a witch that had tried to take over the pack. It hadn’t worked out well for her.

“You were too busy playing with the witch and getting our alpha killed.” He took another step towards me. “You aren’t welcome here.”

“My wards protect this place. You kick me out, I take them down and you’re exposed. Good luck finding another witch willing to do the wards and has the connections that I do.” I spat the words out as my heart jumped. I didn’t want him much closer to me than he was. I could take him down with magic, but if he moved too fast he could take me out with just brute force before I could mutter a spell.

“I have another witch coming to replace them.”

I couldn’t tell if he was bluffing or not. Many witches would walk away from the job. I didn’t because I liked to help the pack, normally in return they’d help me if need be. Of course, they were also usually a little friendlier toward me as well. “With Simon’s approval?” I felt like Simon would have given me a heads up, he knew I would have been stopping by.

“I don’t need his approval. Now leave, or I’ll tear you apart limb from limb.” He snarled and his eyes flashed to the yellow of his wolf’s for a moment.

I put a hand on the butt of my gun. “I don’t take kindly to threats, wolf. I was doing the pack a favor, if my services are no longer needed, fine. But I’d rather it came from the alpha, not his hot-headed second.”

He rushed me and slammed me into the wall, one hand pinned my throat against the wood paneling and the other wrapped around my wrist. He pressed his entire body against me to keep me from wriggling out of his grip. “My word is just as good as Simon’s.” He snarled in my face. “You set foot in here again, I will make good on my threat. Simon’s ex or not.”

His nails bit into my skin and fed my anger. I tried to take a breath but found my air restricted. I did the only thing I could think to do. I flatted my palm against the wall and felt for my magic of the wards. I pulled on it and called it back to me. I felt the final snap of it hit me and smirked at the brute in front of me. “Let go of me and I’ll leave.”

He dropped me and I rubbed my neck and glanced up at him. “You didn’t feel it because you’re a werewolf, but I called my magic back. This place is no longer protected by my wards. Good luck.” I spun on my heels and left. My heart still hammered in my chest. A dull ache settled in my wrist as I unlocked my car. I debated on texting Simon to ask him what the hell was up with his crazy second, but I let it go. He made it clear he would contact me when he was able to. He had his hands full with the pack and didn’t need me or a relationship to distract him. I started the car and leaned my head against the seat. Maybe it was me who wanted the distraction.

A.L. Kessler is a paranormal romance author residing in beautiful Colorado Springs, Co. Since she was a teenager she has loved spinning tales. She can easily be won over with gifts of coffee or chocolate. 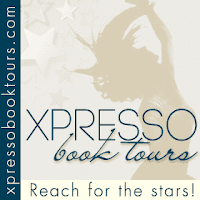