Holidays and The Merging Worlds Series 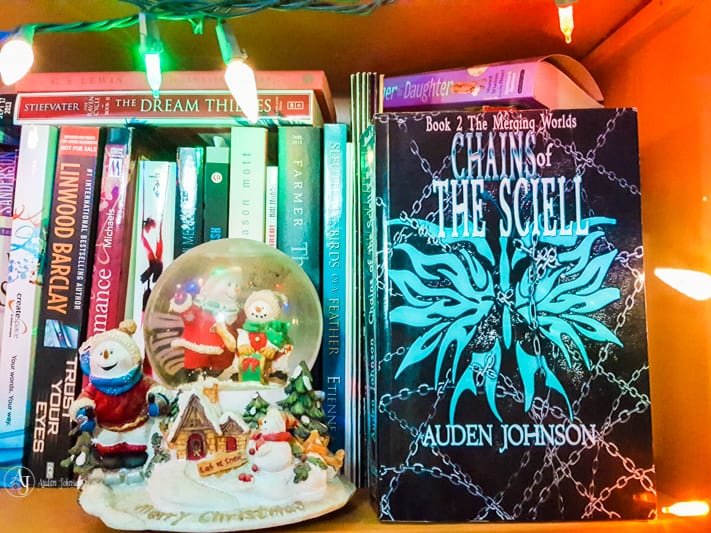 In my stories, I don’t put a lot of emphasis on holidays mostly because they’re post-apocalyptic. The characters aren’t going to stop and celebrate when they’re so focused on surviving. Actually, they might. Holidays are something solid when the world has been turned upside down.

Would characters in The Merging Worlds series celebrate something similar to Christmas and New Year?

I didn’t feel the need to develop a religious system. A few overseas beliefs are mentioned but you never learn what’s practiced in the characters’ home country. You don’t learn if the characters buy into those beliefs. I envisioned my main country practicing something similar to Christianity. Their “Christmas” might be like ours.

It might be worth it to add a holiday in Book 4. Jael winters are brutal. It’s cold and half the land gets buried under snow. People are stuck close to home for about five months. The characters need some happiness to keep them from killing each other. A “Christmas” in the middle of the cold months would be a nice bright spot. I’ll think about it.

If something like Christmas existed, how would the characters celebrate?

They’re all well-off because they’re old. They’ve spent many, many years gathering wealth. They’d have to make their own gifts or do a fair amount of traveling to buy something.

Shade Harrellite would be really festive. She’d sing Christmas songs all month even though her voice sounds awful. She’d buy a lot of gifts but they’d embarrass the reciever. Everyone would hate opening presents from her. Left on their own, her family wouldn’t do any big celebrations. They’d buy each other gifts but no party, no special dinner. Shade would force them to celebrate. Everyone would enjoy themselves because Shade has that effect on people.

Divine Mathews is a part of a different family and he loves any opportunity to spoil them. He’d buy almost everyone a mountain of gifts. By the time Christmas hit, everyone would already know what they got from him because Divine’s a push-over. Josephine wouldn’t need to read his thoughts, she could charm the gifts out of him.

Josephine Royal would spend a month talking about other cultures that celebrate something similar to Christmas. By the new year, her family would want to kill her. She doesn’t cook often but she, Mauve and Kaige would be elbow-to-elbow every evening fixing way too much food. She’d try to incorporate dishes she learned from other cultures.

Bel Steyne would spend the entire time angry. To him, the holidays would be an excuse for his family to act more like wild animals. He’d spend every day screaming himself hoarse while everyone ignores him. He’d be that shield preventing his family from tearing a part the house, making sure they aren’t poor after the holidays.

Aliceanna and Blae Carlton would try to get drunk. They can’t but they’d fill the house with alcohol because it would make Bel angry. They’d unleash their arsenal of tricks on everyone and end up breaking something. Blae would burst into the kitchen, offering cooking tips simply to be annoying. Aliceanna would hang decorative handmade signs with holiday-themed insults on them. They both would make fun of people buying gifts then get something super sweet for everyone.

Mauve would be bouncing off the walls and Kaige Prysn would enjoy the season because his sister, Josephine, was happy. 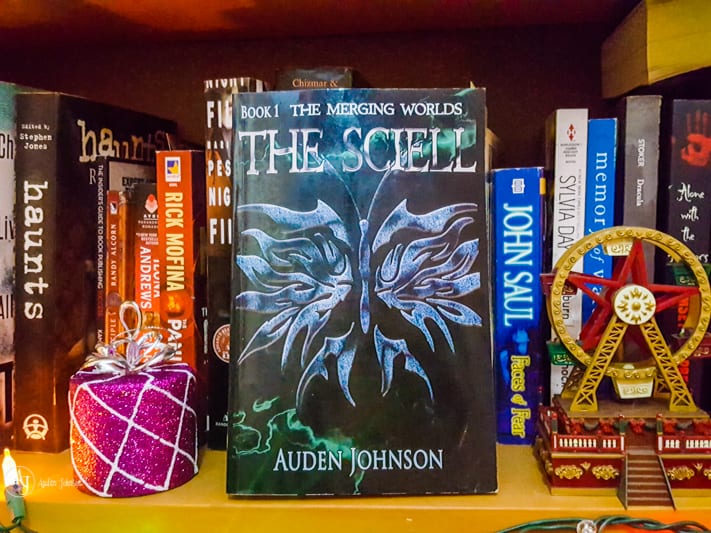 How would your favorite characters celebrate the holidays? Would they?

Visit My Books to find out more about The Merging Worlds Series!