Writing POV: What Do You Think of Head-Hopping? 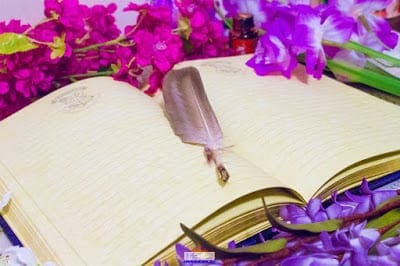 I had to bail on a book recently. The cover was bad but the description had me intrigued. Since I have Kindle Unlimited, I take chances on books with terrible covers as long as they sound interesting.

I think I made it to maybe 20% before I gave up. The author switched perspectives between paragraphs and sentences. It wasn’t just two perspectives either. Sometimes, we had like four at the same time. I tried to read the story. Every time the perspective switched without warning, I was thrown out of the story.

There was this one annoying scene. Two characters were interacting, so the author switched between the two perspectives in each paragraph. It was irritating.

This is called head-hopping.

“Headhopping refers to writing where the point of view whips back and forth between multiple characters within a scene.” (Anne M. Marble)

“Ren sensed a terrible presence outside the barrier. His sister, Senka, appeared beside him, growling. The enemy smelled like death. Ren could taste its hatred. Senka wouldn’t let it touch her family. She commanded her power to strengthen the barrier around their property. Mira looked on from the window. She wanted to help but she’d only get in the way.”

I’ve been coming across head-hopping more. This wasn’t the first book I gave up on because of the jarring perspective switch. One book got a bit creative with it. The head-hopping was like…how to describe it….like passing an item.

One character had an item so we spent time in their head. Another character gets the item so we then spend paragraphs with them. The perspective switch wasn’t marked by any kind of section or chapter break. I stayed with this book longer because the transition was smoother but in the end, I gave up.

I get jerked out of the story each time it switches perspective without warning. It’s annoying and disorienting, to me at least. When I read reviews for those books, most people didn’t care about the head-hopping. I’ve tried, but I don’t care for stories that head-hop.

What do you guys think of books that switch perspectives mid-scene?

The Official Rules on Head-Hopping
Head Hopping and Hemingway