Want to win a Mac. Every two to three months, Kristin Ping is giving away a mac, all you have to do is subscribe to her newsletter, confirm to the confirmation email that will either be in your inbox or spam, and open the letter.

Find the secret facebook group, join and enter the giveaway. It’s as easy as that. We even give you extra entries by inviting your friends to subscribe too. We already gave away the first laptop.

The Ping Crate is a crate filled with goodies for readers. It’s built around the theme of the Guardian of Monster Series. The first few boxes will be built around witches. Think journals, cups, books, novelty jewelry, swag and something electronic that will push the worth of the crate up to $700 and more.

All you have to do is stay subscribed to the subscription list and open the monthly newsletter that Kristin will send out to find the rafflecopter for you to enter in this lovely giveaway.

It’s a box full of reader goodies and a surprise. Sometimes it will be a gift card if there isn’t any electronics.

Believe me it will be worth your time.

PRE ORDER HINDER FOR .99 Yes, you’ve heard right. The pre order special is .99 only. The price will go up to $2.99 in its first month, think of it as a release day blitz, and from the second month it will go up to its normal price of $4.99. So it’s a major deal of getting the pre-order for just .99.

Pre-Order Hinder and Get a Free Copy of Venom 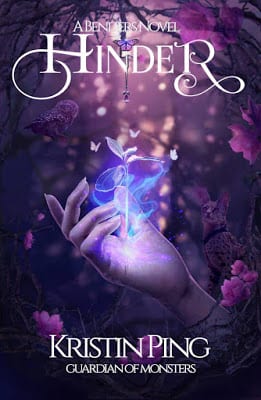 Ethan Sutcliff seems like a normal seventeen-year-old—at least that’s what he’s trying to portray. In a secret society run by the Supernaturals, Ethan is what witches call a Bender. Benders are Witches’ Guardians, who are able to control a witches’ ability, bend it, or move it away from harming humans. In Ethan’s case, he is able to bend the Earth element. But at the age of fifteen, he lost all connection to it, and the reasons behind it could only mean one of two things: His Wielder is either dead, or hiding out somewhere.

Alex Burgendorf has been living in her aunt’s locket for the past sixteen years with her mother—a Fire Wielder, and her father—a Water Wielder. For sixteen years, her parents vowed to protect her, and they have, as she is the last Earth wielding witch. However, time is running out. Alex must find her Bender, or the fate of the Supernaturals might be at stake. 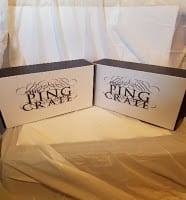 Kristin resides in South Africa with her husband, two beautiful girls and two bulldogs that tries to eat her house.

She has been writing for the past eight years and her first debut novel, Hinder: A Bender’s novel will be published 2018 by Fire Quill Publishing.

When she isn’t writing, she is spending her time with her family, or trying to teach her two bulldogs to not eat her house.