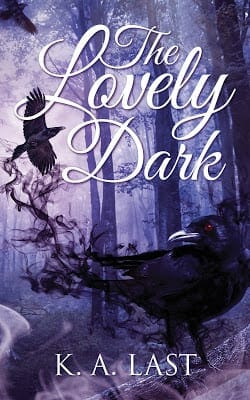 Harvey Anderson always knew the universe was against him, but there’s a lot of stuff he never expected to happen, like having a crush on the most popular girl at school, and then falling into a giant hole in the middle of nowhere with her. And if that wasn’t enough, somehow they managed to release a soul-sucking, ancient witch as well. So yeah, there’s that. You’d think it’d be pretty hard to beat, but knowing Harvey’s luck, it’s about to get a whole lot worse. 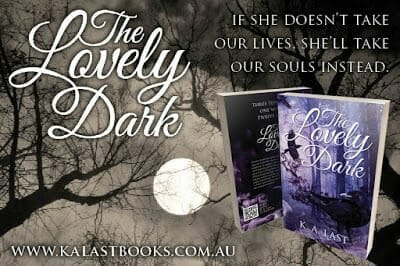 I glance around at the empty camp. All the other groups have moved off in various directions. I bite my lip, knowing what I’m about to say isn’t going to go down too well with Toni.

“What?” Toni puts her hands on her hips. Her mouth opens and closes. She’s too nice to say anything really mean while Lian can hear, but I know she doesn’t like her. I’m not even sure if I like her, even though she’s given me no reason not to.

Lian looks at the map. “Point eight is north-east.” She turns on the spot. “This way.”

Lian frowns. “Which way then?”

Toni holds the compass so we can all see. Lian nods then marches off, the map in front of her. Toni glares at me. I sigh and follow Lian. Toni will get over it. All I want is to get this done, and the only way to do that is to start somewhere.

We make our way through the bush. Now and then, I hear the voices of other students. We’ve picked a route that should lead us straight to point eight, but it doesn’t cross paths with any of the other points. I begin to wonder if this plan was the best one, or if we’re wasting time. What if the farthest point has no flag?

“Odds are they’d put a flag at the point that takes the longest to get to,” Toni says.

“Are you a mind reader?” I ask. “Because I just thought about how possible it would be that it didn’t.”

“You’re acting really weird today.” Toni studies the compass, and I wonder how she hasn’t fallen over.

I stumble on a rock and mumble a swear word. “Weirder than I usually am? That’s … weird.”

Toni stops, and I almost bump into her. She looks at the compass and frowns. “The needle keeps jumping around.” She glances up and scans the trees around us.

“Can you hear that?” Lian asks.

Greg moves away from us a bit, crunching sticks and leaves. “I can’t hear anything.”

“Stand still, you big oaf.” Toni glares at him.

“Is that the best you’ve got?”

“What are we supposed to be listening to?” I ask.

The four of us stand here, silent, with our heads cocked to the side. If someone came across us we’d probably look pretty funny.

A low howl sounds through the trees. Goosebumps rise on my arms.

“What was that?” Lian turns towards the noise.

Before anyone can answer, a crow caws and takes flight, its feathers rustling.

“I’m not.” Lian clutches the map to her chest

K. A. Last was born in Subiaco, Western Australia, and moved to Sydney when she was eight. Artistic and creative by nature, she studied Graphic Design and graduated with an Advanced Diploma. After marrying her high school sweetheart, she concentrated on her career before settling into family life. Blessed with a vivid imagination, she began writing to let off creative steam, and fell in love with it. K. A. Last is currently studying her Bachelor of Arts at Charles Sturt University, with a major in English, and minors in Children’s Literature, Art History, and Visual Culture. She now resides in the countryside on the mid-north coast of NSW.
Author Links: 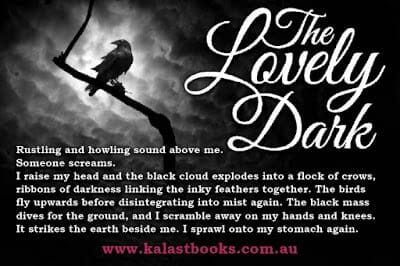