Becca will be awarding custom made bookmarks, coasters, and magnets to a randomly drawn winner via rafflecopter during the tour. 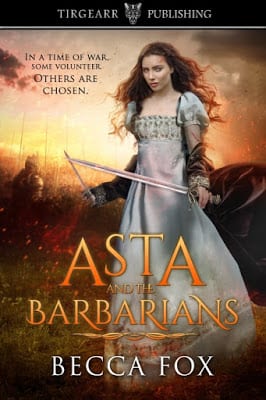 Asta heard about King Torvald’s crusade and watched her people fortify the town’s defenses, but she never imagined foreign invaders would come to her peaceful shores. In one fateful night, she loses everything she holds dear and somehow gains the favor of the warrior god. Has he given her the tools she needs for revenge or does he have a greater plan in store?

“Find another reason to live,” Bryn urged. “There has to be some drive within you, something you still want or need.”

Suddenly, a new goal blossomed in my mind. A need that burned away the desire for death. I would excel in this hellish academy. I would be nominated for King’s Defender. I would become the greatest, most skilled warrior anyone on this damned island had ever seen. And when the general came for my graduation, I would slaughter him and his precious king.

Bryn’s jaw dropped when he registered the new light in my eyes. “You mean to kill the general, don’t you?”

“I’ll end this accursed crusade,” I said. “If I die in my pursuit, so be it. I’ll see justice served on those who’ve wronged me.” 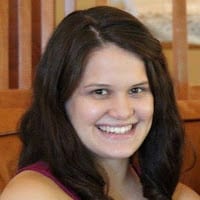 Becca Fox was that strange girl in high school, who always seemed to have her nose in a book. She didn’t talk much because, more often than not, she was daydreaming about different fantasy worlds. During class, under the guise of taking notes, she wrote scenes for her works in progress.

Becca is a bit more social now but still enjoys reading, writing, and daydreaming. She lives in Phoenix, Arizona with her husband, a fat orange tabby cat, and a forever-puppy. She has published three books to date, I Dare You to Love Me (a young adult romance), In the Dark (a new adult paranormal romance), and Asta and the Barbarians (a new adult fantasy.)