Behind the Scenes: Fantasy Map Making 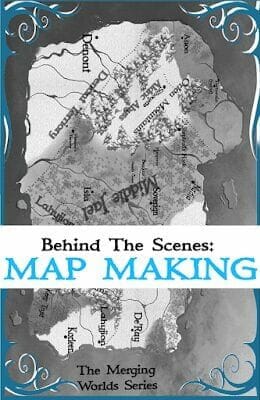 The maps for my Merging Worlds series have evolved in each book. Each story introduces you to new places. Why didn’t I just release a full map in Book 1? Because you didn’t need it in Book 1. The Sciell really only took place in one area: Northeast Jael- De’Ray Territory 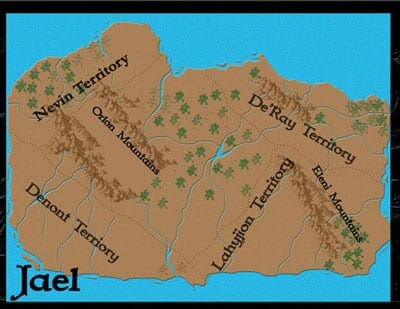 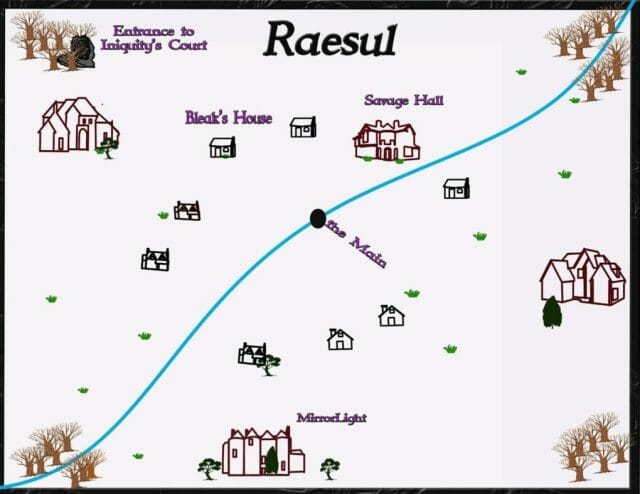 Chains of the Sciell needed a more detailed map because the characters came from different parts of Jael. 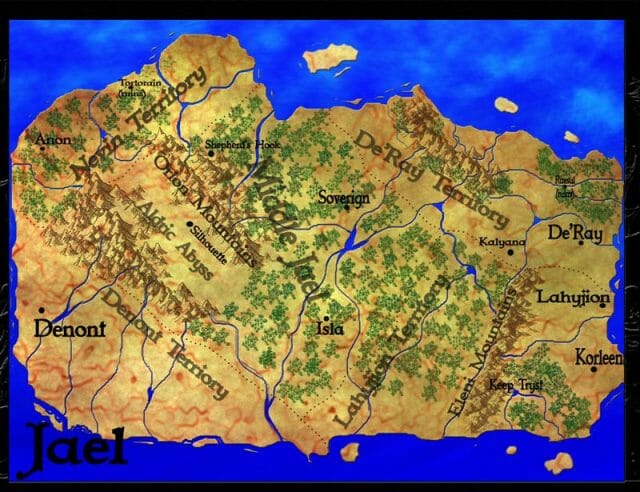 Also, Josephine, Divine and Aliceana were world travelers. They mentioned places in other countries, which meant I needed to include a world map in Book 2. 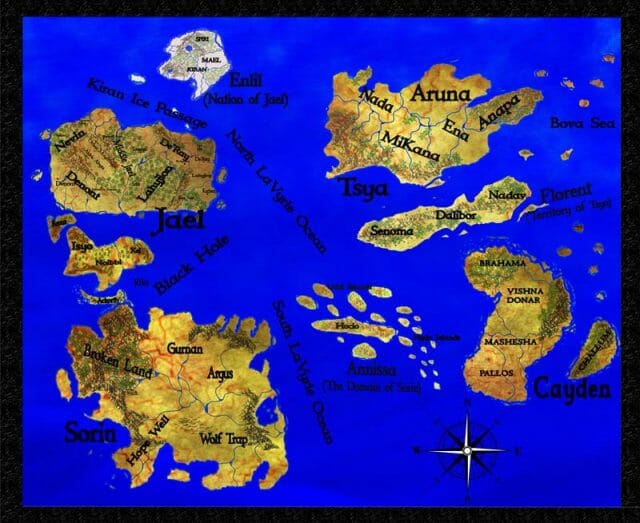 I knew what the entire world looked like in Book 1 but didn’t see the need to include every piece of information in the first book when it didn’t come up until Book 2.

Book 3: The Lost Sciell was interesting. First of all, the characters travel across Jael, so you get more information on the map. Secondly, I wanted the map to have more textures, just for fun. I created this: 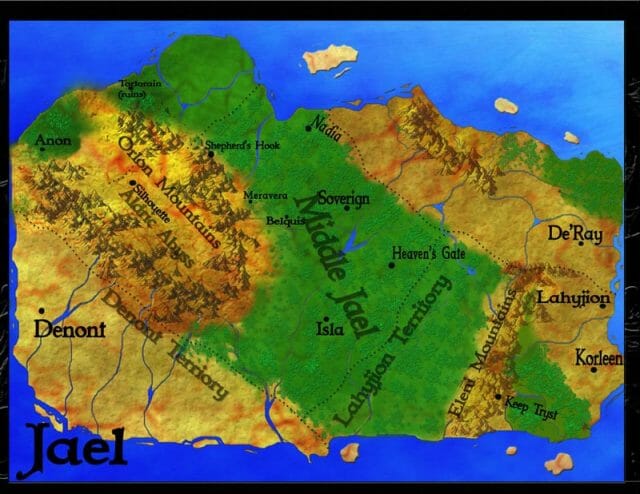 But, I came back to this map several months later and realized I didn’t like the colors. It’s all too harsh. I’m not a fan on the combination.  So, I played around with the colors and came up with this: 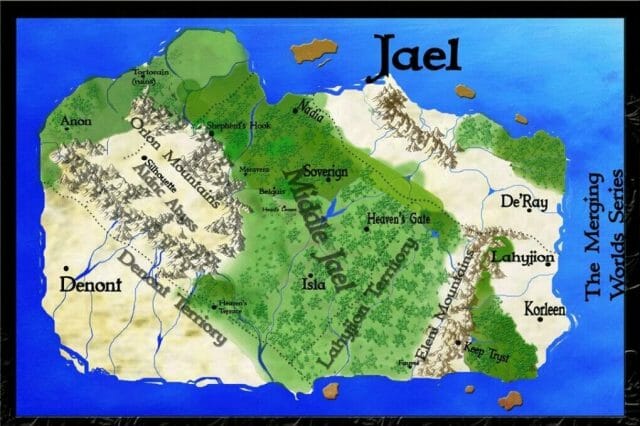 I like it but it feels, to me, like Jael is covered in snow. Now, Jael does look like this in the winter but not all year around. I turned to my map making board on Pinterest for inspiration.

The problem I hit: most of those fantasy maps are all green. With Jael, part of its character is that there isn’t a lot of nature around the edges, in big cities. Middle Jael is a thick forest area. It’s like stepping back in time. It’s like a National Park. There needs to be a stark contrast between the big cities and Middle Jael.

Playing around with colors, I realized I like the off-white. It just needs to not look like snow. With Photoshop, you can turn images into patterns. So, I looked at the light and white images I own and turned them into patterns. 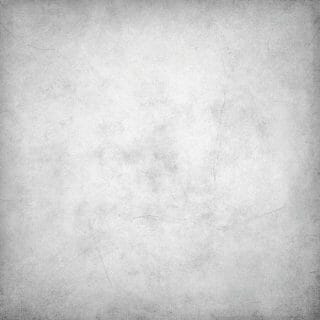 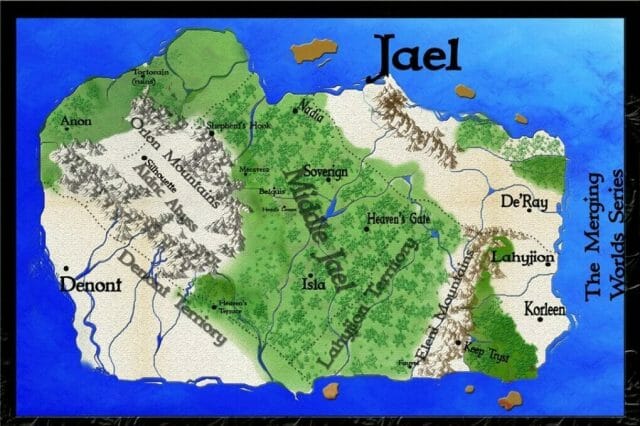 Looking at other fantasy maps, I realized the frames were usually elaborate. I changed mine. 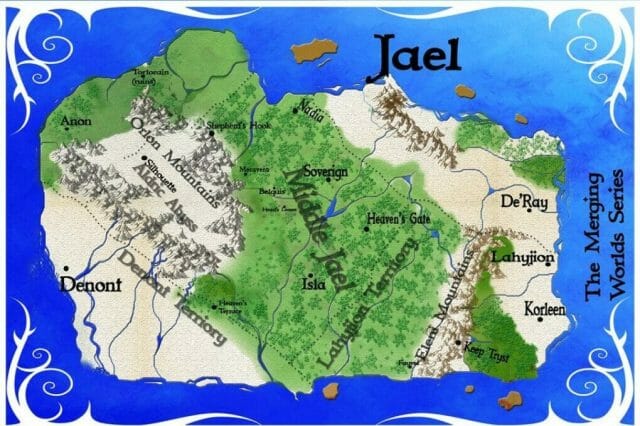 Now, I need to update the world map to show the lighter land colors. Funny enough, all this doesn’t matter much since the map in the paperback book is black and white. 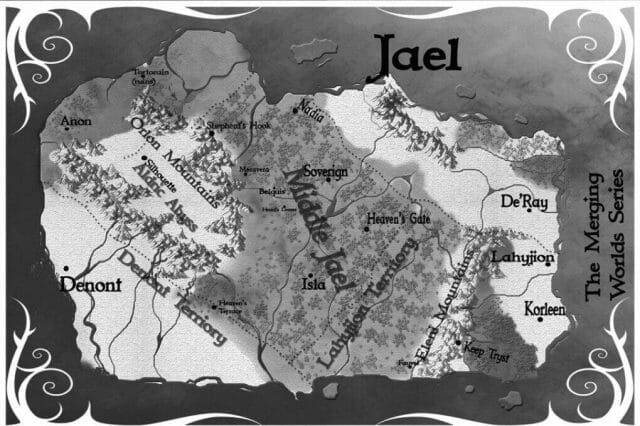 It was still fun and we get some nice textures. The map is color in the ebook, though.