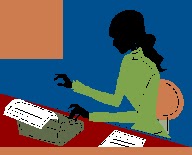 Maybe, by posting a list focusing on black people, they are bring to the forefront  good writers who are overshadowed because they aren’t white and male.  I know quite a bit about writing but know only what I’ve read regarding the publishing industry. Maybe black writers have to categorize themselves as their race to be seen, which is unfortunate. I am more annoyed with people’s preoccupation with skin color and these lists and bookstores simply feed into that. I mean a person’s skin color tells you absolutely nothing about them and even less about the type of books they write.

And what in the world does it mean ” to be a successful black writer in the 21st Century.” It can be… distressing being a person of color in this world. We may never be able to compete on equal footing with a white person. You’ve heard it all before- we have to work twice as hard to get half as much. Does that mean, until the world changes, which is unlikely, the only way black writers will get any recognitions is through publication and awards specifically for black writers? Your thoughts.

Bernice L. McFadden’s article Black writers in a ghetto of the publishing industry’s making and
“Seg-Book-Gation” and The Plight of the African American Fiction Writer: A discussion with Author Bernice McFadden are interesting articles on the subject of African Americans and publishing. Another interesting article is Why book industry sees the world split still by race