Once again, I’ve got another novel in my head- that make’s six now: 1 series (3 novels), half a series (2 novels) and the first of another series. Usually, when I finish a novel or short story I wonder, just for fun, how it would go if I continued it. Most of the time, nothing comes from it but sometimes the idea plants itself in my mind and I can’t help but create scene after scene until it becomes a full blown story. 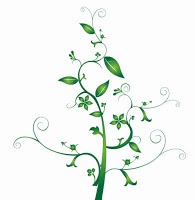 Even before I do any character mapping or world building, everything becomes real. Some characters aren’t even fully fleshed out but they seem as real the characters I’ve spent a lot of time developing. Their situations fit so well into the previous novel without me planning it that way. Even the world, which undoubtedly needs some work, becomes a real place in my mind.

Although I’ve worked on 2 novels extensively, they’re still pretty rough. When I first wrote them, I didn’t intend them to be a part of a series so, now I have to take into account other books will build off of them. The novels I plan on working on well into the future, I write in a journal only. To me, putting it in a Word Doc is a commitment to seriously work on it and right now, those novels are really really rough drafts. I call them the draft before the draft.

Despite this,  I’ve been able to keep to my one-novel-at-a-time plan. I’m not feeling overwhelmed and I don’t feel I’m neglecting the novel I’d been working on for months simply because another came to mind. Wiring the new novels only in a journal helps me prioritize. All my novels are important but the ones on the computer get my attention first.

I wrote the first novel of the first series years ago and loved it. Now, I’m going through it again and realizing some of the mistakes I’ve made. I’ve learned and am still learning about writing. The second novel in the series is one I’ve been working on for a really long time, like since I was a kid. I actually started working on this one well before the one I mentioned above. The idea stayed with me and kept developing. I’ve rewritten this story so many times but kept the same characters and same basic premise. Maybe it’s not the story itself but the characters that continue to grow, resisting any effort to be shelved.

It’s funny how these novels are turning into series because I was resistant to the idea for a long time. I understood why people wrote series I just didn’t want to. But, because of these stories, I love figuring out creative ways of telling the story over three books. I’m still having trouble, though, with the overarching story for the first series. I’ve written the character’s origins- how the first creature came to be, how each generation led to creatures with different abilities and where the villains came from but I don’t like it. I can’t figure out why though. This is where the journal comes in again. Typing on a computer is great but writing it out helps me visualize. Writing novels, building worlds is a puzzle. You have all the pieces and now you must make them all fit together seamlessly.

I keep thinking, for an unpublished writer, having 6 novels planned may be a bit much but I can’t help it. They just keep coming to me. The stories commit to me before I commit to them. But even if I could stop them, I wouldn’t.

I have a notebook where I write down ideas for future novels. I can't work on more than one at a time. I can revise one and write another, but I can't be drafting two together. I have on occasion gone one step further and opened a Word document to start planning a novel in more depth. I'm a planning maniac. But then I let the planning sit until I'm ready to start working on that book alone.

I really try to work on one novel at a time but I end up getting scenes and characters for another novel that I have to write down but I don't devote much time to them. I'm a lot better then I used to be. I used to write and edit several novels at once which meant nothing got done.