Here’s an excerpt of a short story I wrote. Enjoy!
Michael held the green piece of paper to the light then put it so close to his face it touched his nose. For awhile, the only sound was his bare feet padding across the wood floor.

It didn’t seem he’d answer me anytime soon so I looked around. It had been awhile since I’d seen him. I used to enjoy books and the worlds they created before I met Michael. As I looked around, I remember why I was afraid of them.

His family’s reputation, his burden, wrapped around his neck like a noose and tightened every day. He hadn’t worked for weeks because the time he spent among people was limited. The strain his family’s legacy put on him showed in the lines on his face. We were the same age but he looked so much older. He’d gotten skinner but the brightness in his eyes that caught my attention the first time we met never went away.

“Where did you find this Paige?”

“Do you have any idea what this is?” Michael’s cheeks flushed, his eyes widened and his smile reached his ears. I didn’t understand those facial changes.

He walked to the bookshelf by the window and dragged his index finger across the journals’ spine until he came across the one he’d been looking for.

He sat on his couch and invited me to do the same. The page he turned to had the same green piece of paper only it looked new.

“It’s what people used to buy things with.”

He sighed and handed me the journal while he paced.

“People used to exchange paper like this for things.”

I leaned back. Clothing stores existed. People ran them only because it was mandatory. The owner’s didn’t gain paper for their work.

“Why would they trade for little pieces of paper? What would they do if it got wet or burned?”

“They’d have to get some more.”

“There was more?” I asked as a strange jolt roused my heart.

“Where would they get them?”

“Some would steal it but most people worked for it.”

I flinched. “People worked to gain something.”

Michael’s eyes met mine. I had come to understand that look as pain.

“Yes Paige, people didn’t always live as we do.”

“What happened to the paper?”

He went to his shelf, pulled out another journal and sat next to me.

“All the money was put into the hands of seven men more than fifty years ago who then decided to keep the money to themselves and run their section of the world the way they saw fit. My great grandfather believed that was nonsense but he…, here read.” His eyes held an intensity I never understood.

I didn’t want to read but the neatly drawn words attracted my eyes. He pointed to one paragraph: I saw something my eyes would not let me believe. My mind could not comprehend. They fed us this nonsense about what was happening in the world but no one believed it. People who searched for the truth didn’t die but they returned changed. Something was missing… inside of them. They no longer cared for anything. I saw the monster responsible but I cannot bring myself to describe what I saw. The next generation will need to know but I don’t have the courage to tell them. I cannot be sure they didn’t see me spying on them. My life has already been forfeited, so why do I still fear to write down what I saw?

I slid away from him and those written words filled with trepidation it radiated off the page, “There is no world.”
“Yes, there is and it has existed for millions of years.” His brightness burned my skin.

“This is all crap. They teach us there is nothing outside of this dome.” I heard my voice rise as each word, as the journal gnashed and clawed at the nice feeling inside me until all that was left were pieces too small for a memory. It was replaced by one that pumped me so full of adrenaline I felt I could bend steel.

“There is a whole world outside of this dome.” Michael’s voice became calm.

All the blood rushed to my head. I was on my feet but my legs shook as though angry bees swarmed around the bone. I liked Michael well enough but never bought into the ideals his family held to. Who the hell kept journals when they could read history in a book? Books didn’t lie. I balled my fist and something crinkled. It was the paper. When had I gotten it back? No matter. I went to the kitchen and threw it away. I shouldn’t have asked questions. Curiosity was a disease and I had been infected. These feelings were unnatural. 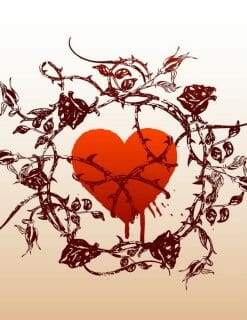