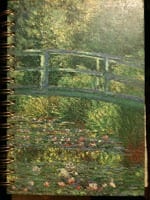 You’d think after writing and reading for so many years, writing a novel would get easier. It doesn’t, at least for me. I should’t have expected it to. I like to experiment with my stories- with format, with character relationships with their abilities. It’s fun but it creates entertaining problems. Back to the world building journal.

The second novel in my series requires far more world building. The characters are using their power differently which means I need to dive deeper into their power. I’m also adding more creatures- all with different powers. I need to flesh out what they are and what they can do.

On top of that, the story is told from the POV of many characters instead of two like my first one. Because of this, I’m having trouble making each chapter flow. Good thing this is only the draft. I’m just writing what comes to mind and deal with flow issues later.

Since this novel takes place about forty years after the first, the world has changed a lot and not for the better. I don’t know exactly how it got that way. I need to know. It’ll be important for the final novel.

Then there’s the issue with the setting. The first half of the story takes place in a mansion but I don’t have a clear idea of what it looks like. Drawing it inside and out is not going to happen. What I’ve been doing is collecting pictures of buildings on Pinterest -different boards for mansion interior and exterior. Then I open each board and pull features from each picture to create my mansion.

This post would stretch into eternity if I listed all the puzzles I need to solve. It’s a lot of work but it’s so much fun.

Oh my it sounds like you have a lot of work ahead of you! Have you considered using Google Sketchup? I think it allows you to create buildings and such. I've never used it but if you can learn to use it may help you!
Ah the fun but challenging aspects of a new project, good luck! I'm finishing up my novel and the last few chapters have gone by way too slow. I'm struggling with an action sequence and I'm not a fan of writing action all that much. (Like fighting type of action…)

I completely agree! Touch of Death is a trilogy, and after writing book two, which was harder than book one, and book three, which was the toughest of all, I'm looking forward to my stand alone. LOL. I do love series though. I'll definitely write more, but yes, it's a lot of work.