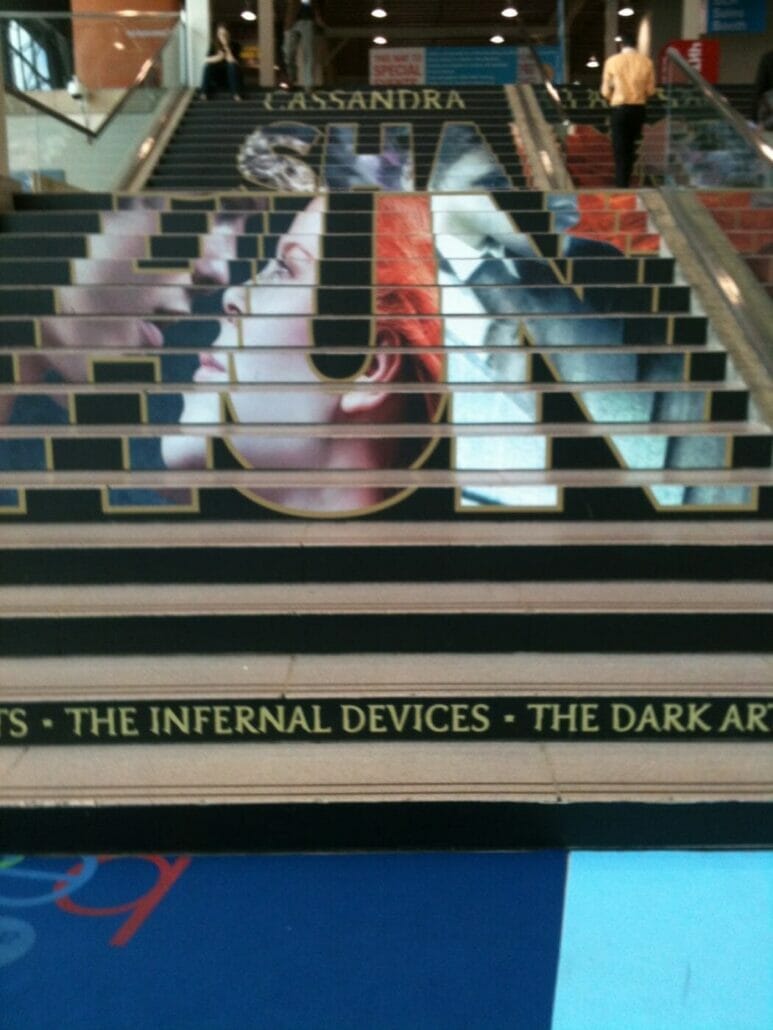 Wonder what you have to do to get your book advertised on the steps inside Jacob Javits Center. That’s hardcore.

My second day at BookExpo America began with a panel discussion called The Real Deal- Update on The African American Literacy. I was excited but cautious of this one since my books aren’t geared towards just one race. Despite that, I enjoyed myself. I didn’t know there are less websites dedicated to African American Literature now then there were 5 years ago. There aren’t many places you can read a review on books by black authors and few places are available for readers to engage with African American authors. I shouldn’t be surprised. It makes sense now that I think about it. Talk about an untapped market.

My exploration of the Expo began not with looking at the exhibits but checking out the promotional bags attendees had, finding one I liked and making a bee line for that exhibit hoping they still had one. I mean I cared little about the booths. I wanted a bag. It took a while to find one but finally, I got this ginormous bag from McGraw Hill. It was awesome. This one was popular. Well played McGraw Hill.

Having been at Jacob Javits Center for other industry events, I expected this one to be big but it really wasn’t. The booths only took up one hall. I could spend all day walking around the Auto Show but with the BookExpo, I was done by 1pm. The place wasn’t packed- probably because yesterday was the last day. This I liked. I could walk as fast or as slow as I wanted to.

I really liked how the booths were set up. The publishers wanted to create the book experience so each exhibit looked like a coffee shop, a library or a lounge. 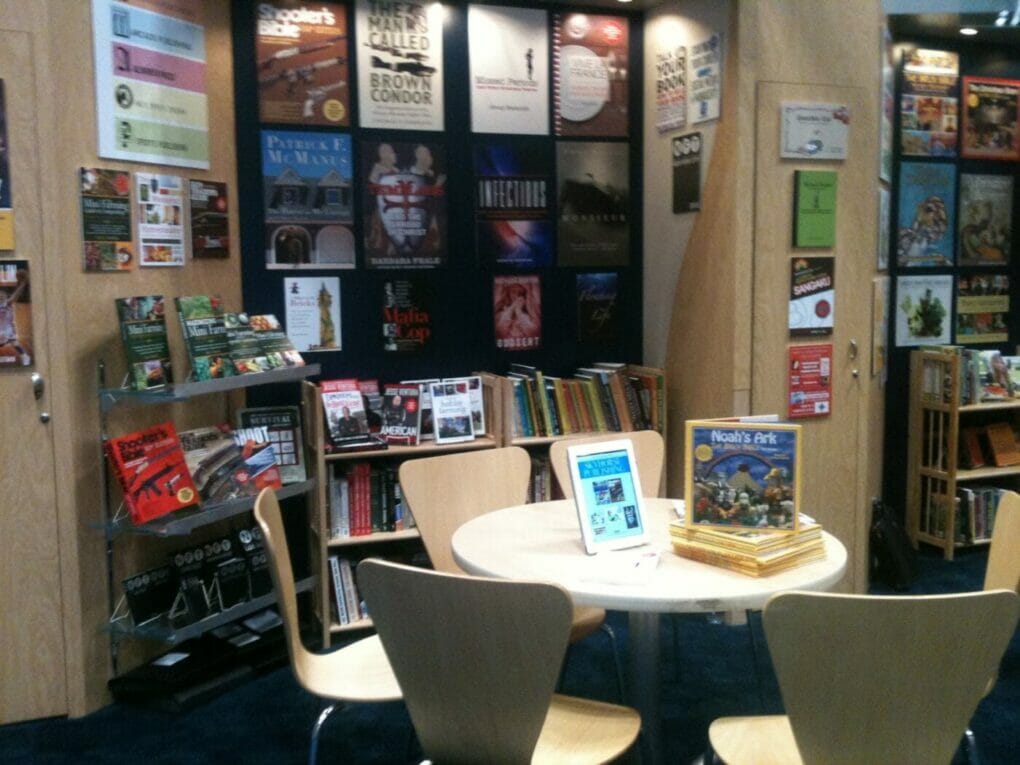 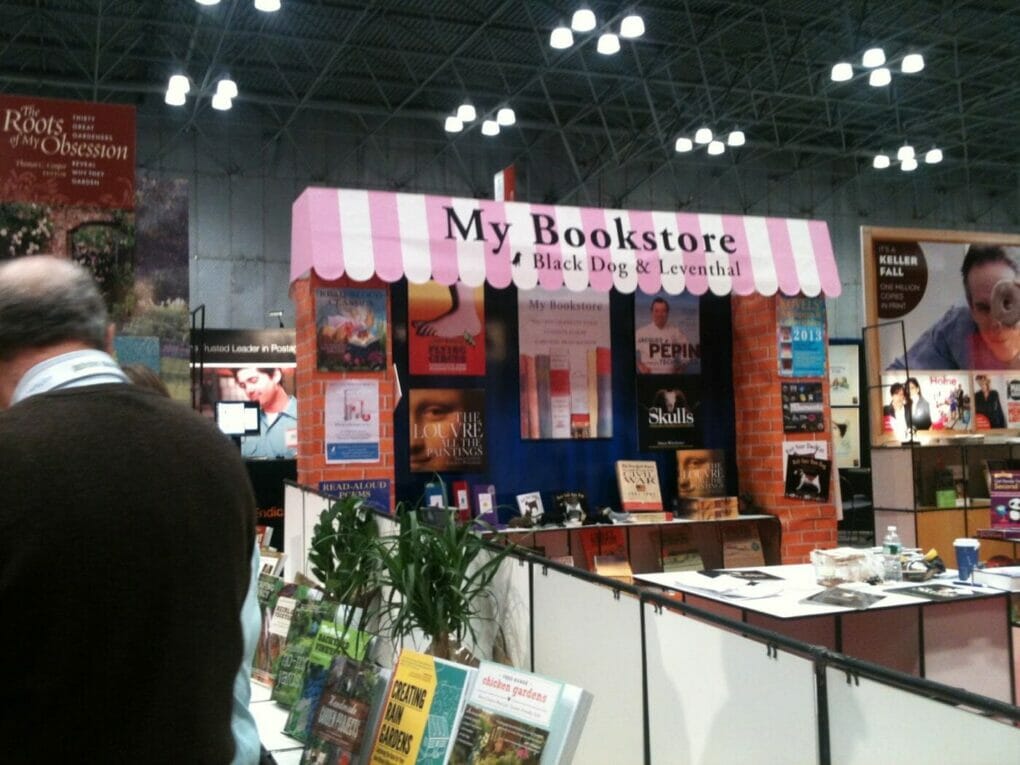 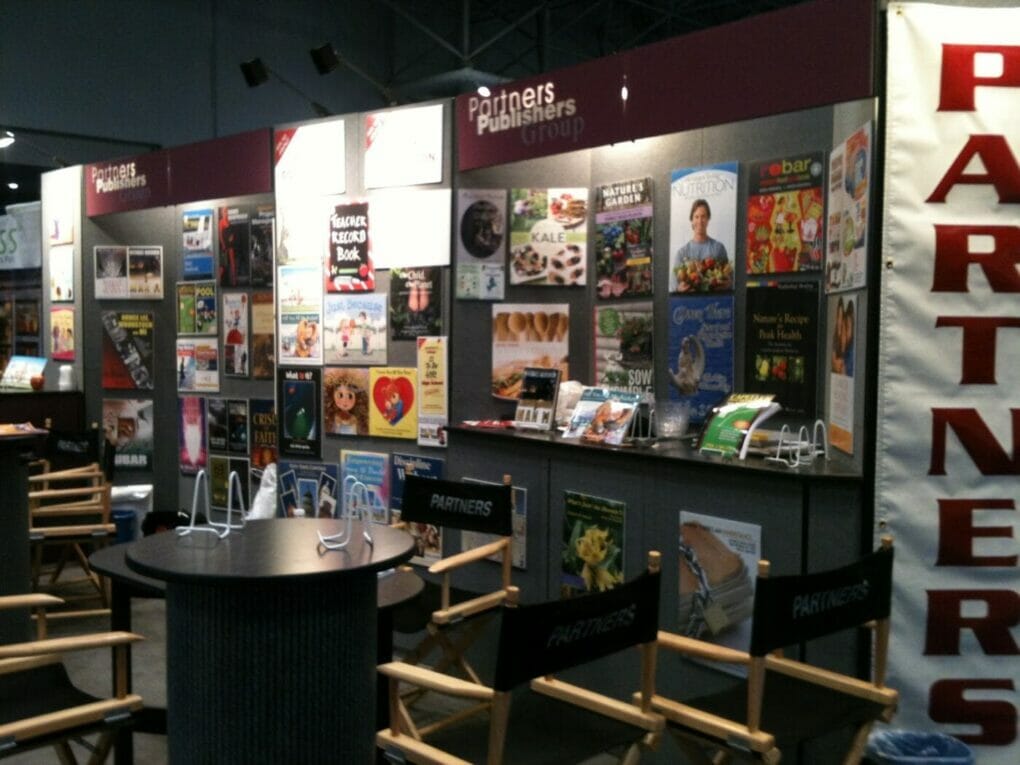 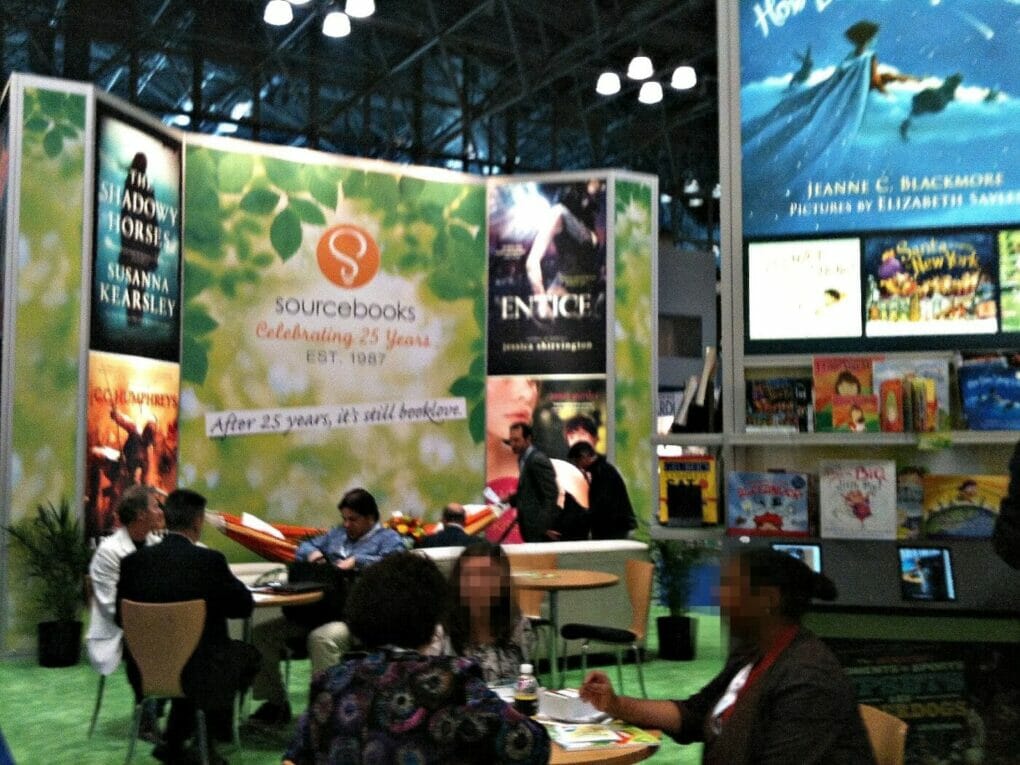 Of course, the big guys- Penguin, Random House and Hachette’s booths were always packed. I’m guessing because they were giving away the most books.  Random House and Penguin had lines of people waiting to get a free book with the author’s autograph. Yes, a lot of publishers and authors were giving away free books. Attendees had like bags full of them. I looked at my own half empty bag like what is my problem. But, the publishers didn’t have many books I’d want to read so I saw no point in collecting them. If it goes on my bookshelf, it means it’s getting read.

I, instead, collected all sorts of promotional materials- from bookmarks, to posters, to coasters- to get an idea of the types of things I could pass out, eventually. Random House had small books with chapter samples. I never thought of doing that. What a brilliant idea. Also, a lot of self-publishing platforms like PubIt by Barnes and Noble and CreateSpace were there. I got Book Baby’s information at uPublishU so I didn’t visit their booth but they’re another eBook publisher and distributor. Since I’m self-publishing, I’m now researching what’s out there in terms of eBook formatting, distribution and print-on-demand.

A panelist at Sunday’s uPublishU called self-publishing the alternative traditional route because so many people are taking this path. It can no longer be called the non-traditional route. Because of this increase in popularity, a lot of places offer eBook formatting, distribution and printing services. This is gonna be a tough decision. I was also interested in Book Country. It’s an online community where genre fiction writers can post their books to get critiques. I also wanted more information on PUBSLUSH the social publisher.

Since I write Dark Fantasy, the fantasy and horror related booths attracted me the most. I hunted down Science Fiction and Fantasy Writers of America, Horror Writers Association, Orbit and Tor Books.

The only reason I left the Expo was because my feet were killing me. I probably saw every booth at least three times. For my first BookExpo, I had a great time. 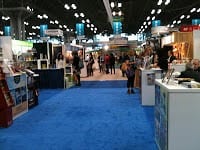 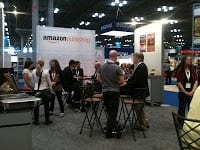 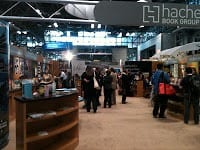 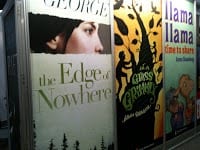 So jealous! I wanted to go so bad! I keep telling myself I'll be signing my books there next year, but it still doesn't make me feel better about missing this year. 🙁

Wow! Thanks for sharing, Auden! I can imagine your feet must have been killing you after a day there.

Wish I could have seen it in person. You describe it so well, it almost feels like I was there. How about sharing information on the promotional materials you collected? 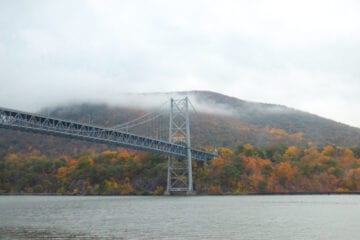 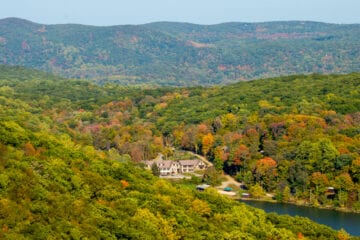 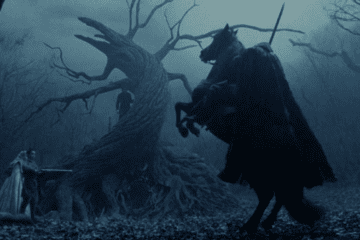 Best Horror Movies and Shows to Watch on Netflix

A movie is giving you serious nope vibes and you are loving it. Ever have that experience? What are the best scary horror movies to watch on Netflix? What are some bingeable TV shows that’ll Read more…