You know I had to do it. I mean, it’s the Month of Horror. I couldn’t resist. Look out for Welcome To My World, a short story, coming October 28. I’m still editing it, so the info below might change a bit.

Centuries ago, demons descended on the world. Lil “Furor” Aona has only known loss, struggle, blood and prejudice. Her race’s, the Bête Noir, only mission is to destroy those demons. The world, however, isn’t so simple. To humans, the Diras are benevolent rulers. To humans, the Bête Noir are abominations. Lil and her family have fought enough demons. They know the Diras want to kill every human. What are the demons planning? Will Lil ever find out? Everything begins at the end. 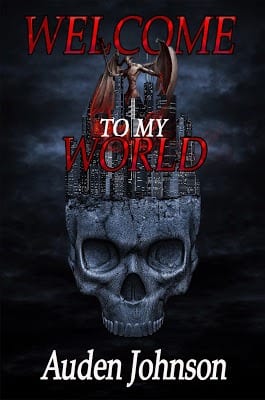 Lil felt the demon’s booming voice in her teeth. Possession morphed its human host. This abomination had brilliant gold eyes and equally shinning hair with skin as dark as hers. Disgusting.

Its scent assaulted her nose. Lil needed to end this conversation.

“Kill this thing, please. I have better things to do,” Cinereal said.

Lil stood. She understood now. This Fera, the bottom-feeder of the Dira race, wanted her to kill it. It had been sent here to die.

“What if I refuse to kill you?” she asked.

It lunged. She stepped aside. It crashed through her couch. She needed to replace it anyway.

Jumping up, the Fera swung its leg. Lil grabbed it ankle, throwing off its weak attack.The Fera tried to free itself. Lil tighten her hold on its skinny ankle. Stupid beast. Turning her pipe on its sharp end, Lil stabbed it into the demon’s thigh. Releasing it, the monster dropped to the floor on one knee.

It grinned at her like a man who found a frail woman alone in an alley.

“I am not someone you can use.”

Stretching its mouth into a repulsive grin, the Fera stood. Open wounds slashed across its now swollen face. Blood poured from holes where the eyes should’ve been. The bottom half of the face was nothing but exposed oozing muscles. Its teeth were missing. The mouth was now a gaping black hole.

Her growl was determined. No matter how many times Lil swallowed, it rose until her throat rumbled.

The demon had the nerve to transform into Cai, her older brother.

She knew that face too well. Her people had paraded her dead family around the village years ago. The demons had removed Dad’s arms and legs. They had ripped off Mom’s skin and mutilated Cai’s face. The village leaders made her sit in front of their corpses while they explained everything Mom, Dad and Cai did wrong. It was a warning to everyone. The leaders’ words were law.

Blinding pain attacked her. The soul deep wound ripped open. Lil wanted to jump out the window. She wanted to be with her family once again. She couldn’t. Cinereal and Shyne were her family now. She wouldn’t cause them more pain. Mom, Dad and Cai had killed an army of Diras on their own before they died.


Lil had to tilt her head up to glare at the Fera. She needed to fix that. She swung her pipe at the back of its legs, knocking its feet from under it. The demon hit the floor. Good, now it looked up to her.

“Don’t insult me. Do you know how many demons my family killed?”

She could look at that face now and feel pride.

Cocking its head, the beast dug its fingers into the wound on its thigh and licked the blood.

Why wouldn’t they leave her alone?

“I may be Furor, but you won’t enrage me. Your strength doesn’t register,” she said.

It leaned back on its hands.

“If I leave, I’ll kill a thousand humans.”

A very compelling cover. It's the theme which always draws me in…dark and mysterious.

Me, too. For some reason, I enjoy a good dark story, as long as it's not thoroughly disturbing.