First of all, I looked up newb to make sure I spelled it right and it’s in the dictionary. Not just a slang dictionary either- Merriam-Webster. Thought that was funny.


There’s a reason 3-day passes to NY Comic Con sell out. You don’t try to conquer that show in one day. You just can’t. I waited too long to buy my ticket and had to settle on a Friday pass.


My legs hurt so bad. I bought Dr. Scholl’s inserts hoping they’d help. They did. Kind of. But, I was there from 12:30-7pm with only short breaks. Nothing would’ve saved my feet and back.

The amount of people at the Jacob Javits Center was epic. 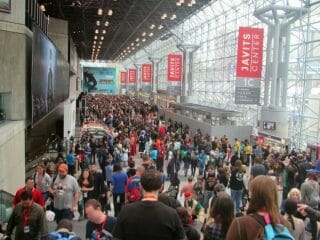 I  love that center, but it’s obscenely big.


You had to pack your patience. I spent most of my time pushing past people. It’s worse if you’re standing in a crowd trying to get a picture of some epicness at the center of it. I’m 5’4. All you short people out there know how aggravating it is trying to see over a crowd. 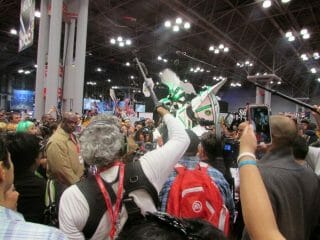 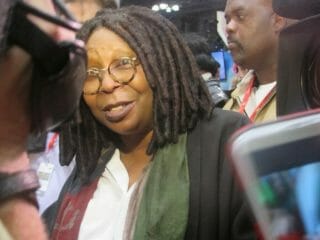 Looks like I was right beside Whoopi Goldberg doesn’t it? I wasn’t. The crowd around her made sure of that.


I got stuck in this one area of the show that had some cool video game and anime merchandise. I was seriously walking around the same aisle for like hours. I couldn’t decided what to buy. 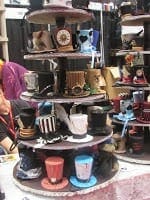 I stopped at every booth that had swords. Yes, I would be that person who’d collect swords from anime and video games. I’d like to say I own Hyōrinmaru- a Zanpakuto (sword) from Bleach.

But, I resisted even though they didn’t cost as much as I expected. Link’s  Master Sword almost tripped me up.

I like Zelda. I’m attracted to anything related to that game. One booth had the Ocarina. It sound just like the one in the game. Awesome. I resisted. I came across a cool replicate of Link’s shield. I resisted. Saw a Zelda messenger bag and folded. 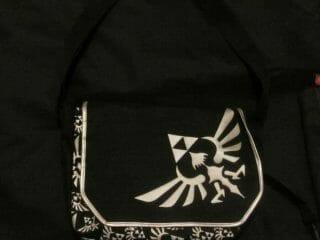 I’m not a big shopper. For Comic Con, I’m thinking I gotta buy what I see as long as it fits in my budget. Usually, when I shop, I see something I might like then, I walk around for a bit while I think about buying it. Did the same thing for Comic Con, didn’t buy most of what I saw and regretted it later. I was just so overwhelmed. I couldn’t make a decision.

Still thinking about those gorgeous hand-sewn leather journals from Poetic Earth LLC. I didn’t remember the name. I Googled “leather journals “NYCC”‘ and found them. The power of Google. Fortunately, I spent less at Comic Con then I expected. I ordered a journal from their website. Should’ve got it when I saw it.

I spent so much time in that one area that I completely neglected a big section of the show. Didn’t realize it until it was too late.


Since I planned on being there all day, I attended some panels. Didn’t work out the way I wanted it to. I didn’t leave my apartment early enough. I missed 3 I really wanted to attend. I made it in time for a panel on creating strong female protagonist. The panelist were YA authors I’d never heard of, but their books sounded interesting. 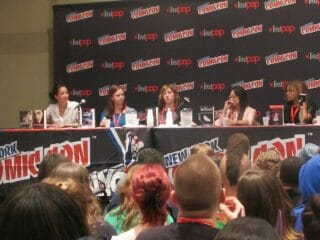 It got me thinking. Calling a female protagonist strong is a weak description. The moderator mentioned this article that said a male protagonist is usually a list of all these amazing characteristics while the female is simply called strong. Never thought of it that way.

Moral is- buy ticket early to get a 3 day pass. Hopefully, next year, I’ll have the money to do just that. Still had a great time!

Too see more pics check out my Facebook Page!

6 thoughts on “The Tale of a NYCC Newb”