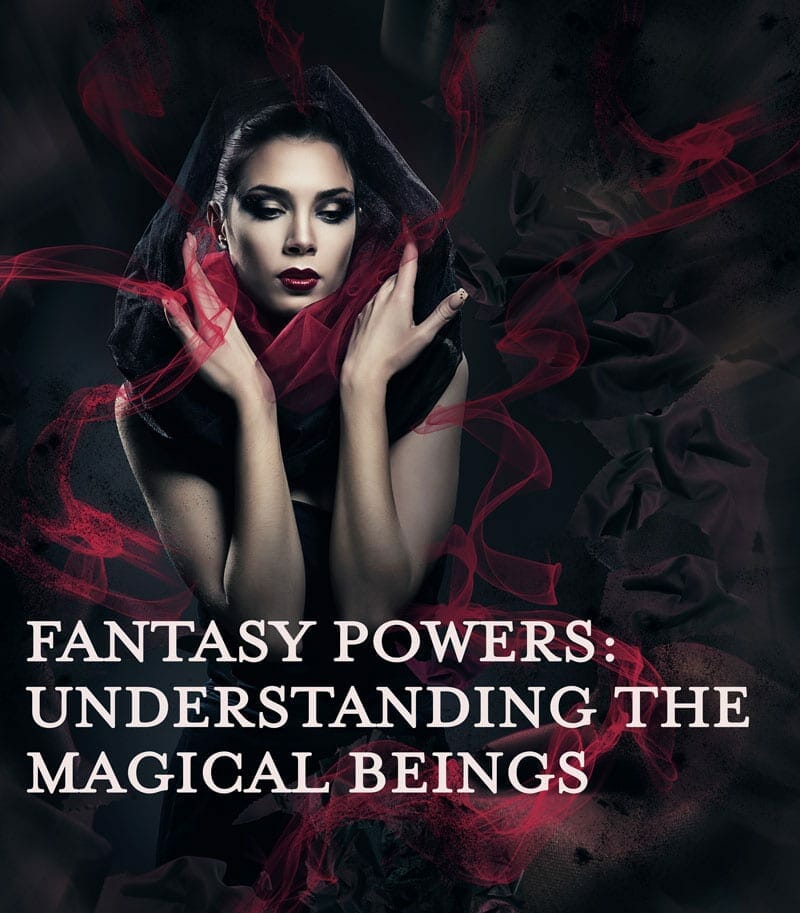 You have an idea for your awesomely new power system. Now we’re going to discuss writing magical beings. In the last post, Fantasy Powers: How Ideas Are Born, I touched on determining who would be using the power. Diving deeper into this will help make your new power system more believable.

You have a magical being or race of beings in mind, here are some questions you should ask yourself:

How will they collect it?
Is the power in their bodies? Do they have to collect it from some outside source? Or, is it a combination of the two? You don’t need to fully flesh out the power source now. You can, but you don’t have to. I nailed down the source much later in the process and will talk about that in the next post of this series.

Once collected, how do they use it?
As I said in the previous post, my characters draw power from Darkness. The power lives inside them. They have to train it. Once trained, they tell the power what they want then, the power works with the body to make it so. Do your characters have to chant to use it? Do they need to connect to something like the elements?

How does it live in the body?
Not just live, but sit. Your characters are pulling power into the bodies to push it out or the power is already in their bodies and they need to push it out. Either way, at some point, it sits in the body. How does this look? Where is it? Does it physically live in the body or sit in some untouchable place like the soul? To understand how the power lives in my characters’ bodies, I drew this out. It helped a lot.

What does it do to the body?
Because of the power, my characters live for centuries. They heal quickly and age slowly.

What are the consequences, weaknesses?
You’ve probably heard this before, “every character needs a flaw.” Every power needs a weakness. It’s boring reading about all-powerful characters. From reading about different powers, it usually has some effect on the body. I’m not going to tell you the Sciell’s weakness because it’ll give away the story 😉 But, it does have to do with the body.

Do the characters become exhausted after prolong use? Do they pass out, become ill? If they absorb too much, do they risk all their cells breaking down? Since I already told you about the beings who become shadows- just so you know, they are no longer called Shadows. Because they give their bodies to Darkness, they have this violent animal side. They have to work to suppress that side of themselves.

Is using the power the same for everyone?
I’m hoping the answer is no because that could make for a really boring story if everyone uses the power the same way. Figuring this out will take some time. It will develop as you’re writing your story. If you’re like me, you don’t outline, you make it up as you go along. At some point, you’ll need to list out all your characters and their powers. I’d share mine with you, but it’ll give away the second book in the trilogy 😉

How are these differences determined?
For the Sciell, the way they mold their power can be hereditary, but not always. It’s not exact. If the use of the power is unique, then the parents pass it on to the child. More often, their bodies determine how they use their power, which means the way two characters mold the power to do something will be different.

Does the use of power vary between races of beings?
In the fantasy stories I’ve come across, each race of beings uses the power differently. You can have a world where the different races are distinguished by how they use power. In my story, certain races are more adept at using the power to do certain things. And, certain characters are better at molding the power to do some things. It doesn’t have to vary though. You could keep the differences at the character level and have the races be distinguished by something else like religion or location.

If you have any questions, let me know!