Designing this land was fairly straightforward. Last week, I showed you how my landmasses start. 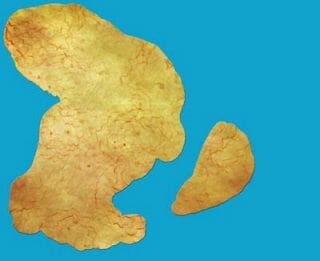 Using the Eraser Tool, I drag it around the edges in a zigzag to create a more realistic coastline. Continents don’t have such straight lines.

As usual, the mountains caused me some trouble. Because of this map making experience, I’ve gotten better at designing them. Doesn’t mean I don’t need help. Once again, I Googled “Fantasy Map Mountains” and examined other maps.

I use this brush set for my mountains.

They’re from deviantART. You’ll need to ask permission to use them for commercial purposes.

I learned from the video tutorial I shared in Part 1 that mountains are shaped like spines. I start with the longer mountain brushes to create a base. I have to play around with this. Make sure you’re working on a new layer so you can edit your mountains without effecting the land. The color I use is 362f2d. 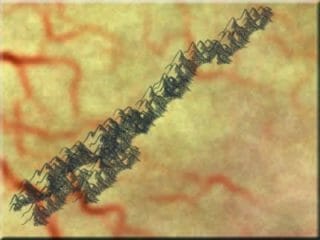 Then, I use the smaller mountain brushes to shape it. This step might require some deleting of the base. That’s why you have your mountains on a separate layer. You should zoom in so you can see every detail. It helps to have some mountain examples- that’s why I do the Google search. The video tutorial I mentioned before said try not to use the same brush too many times in a row. Alternating brushes creates a more realistic mountain range. 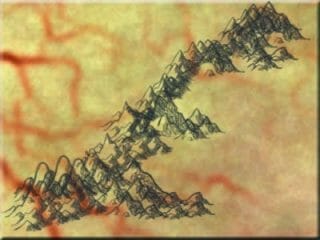 I don’t like those stray peeks at the bottom. I erase them and add smaller mountains in their place. Don’t like that either. See what I mean by playing around with the design? I don’t care for how the bottom is shaped. Played with it some more. 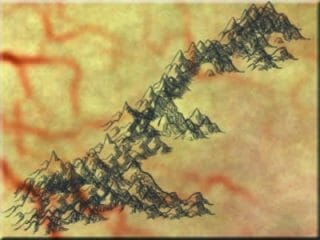 Better. This is a sample. I’m not using it for a map. If I was, I’d tweak it some more. That bottom part is still bugging me. I don’t know why. I’d usually leave it for awhile to give me some time to think.

Meet Cayden. The countries sacrifice nature (and the citizens’ health) for technological advancement. If you want nature, you have to travel to Brahama or Challum. People live on top of each other. This land is like a big Manhattan. 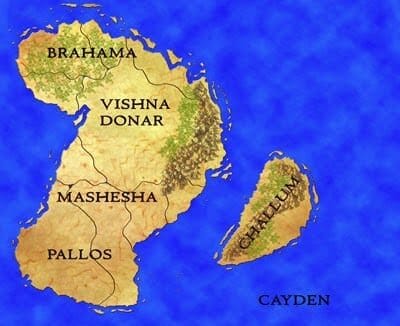 Most of my Photoshop results happen by accident. I was messing around with Bevel & Emboss in Blending Options. I selected Style: Outer Bevel and Technique: Smooth. I got this cool chiseled coastline. It’s more defined than my other lands.

Here’s the new World Map. I need to figure out how to make all the lands look the same. I tried Copying and Pasting Layer Styles. Each land still comes out looking different. 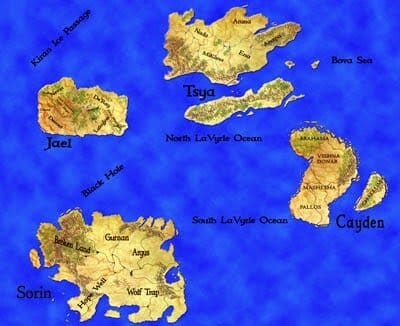