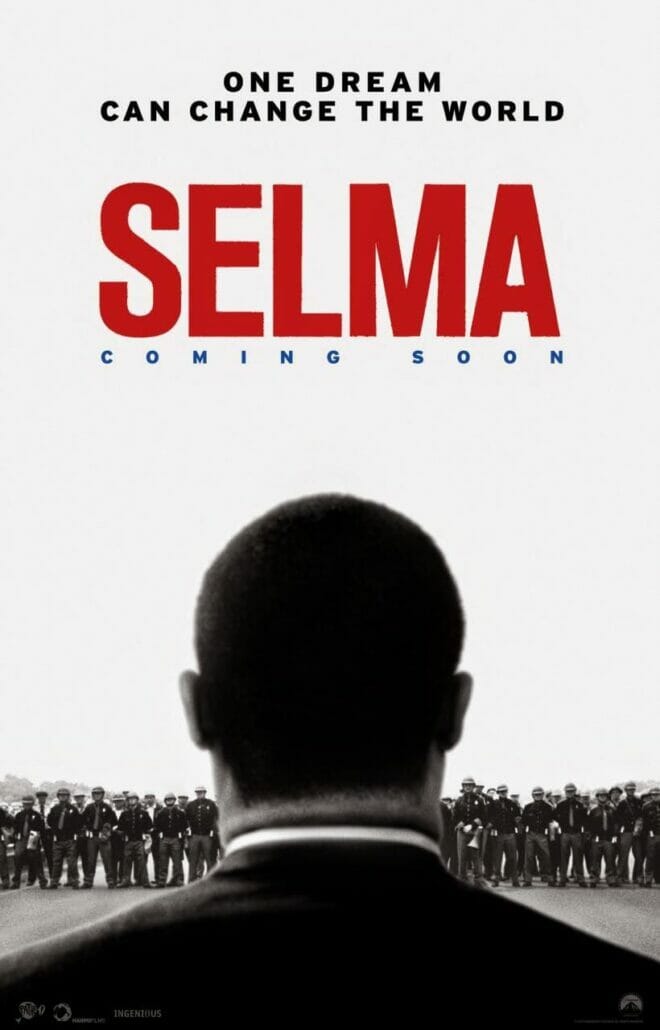 I usually don’t see this kind of movie.  A film about the Civil Rights Movement is going to be heartbreaking. Reading about it is hard enough. Seeing it would be gut-wrenching. But, the buzz around Selma had me curious.

I was not disappointed. This was a beautiful movie. Not something I say often. The acting was superb. Man, that movie knew how to play with your emotions. One moment, I’m uplifted. Next, I’m horrified.  Don’t know if I’ll watch this movie again. It was amazing and inspirational. Some parts were hard to watch. 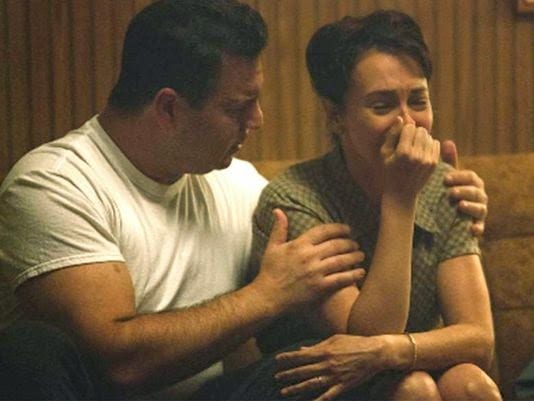 Selma is about the march from Selma to Montgomery for voting rights for African Americans. Black people had the right to vote. But at the registration office, they’d be asked to do things like recite the Preamble. If they couldn’t do that, their application was denied. If they somehow managed to get registered, their names and addresses would be published in the newspaper, which meant they forfeited their lives.

The film chronicles the tumultuous three-month period in 1965, when Dr. Martin Luther King, Jr. led a dangerous campaign to secure equal voting rights in the face of violent opposition. The epic march from Selma to Montgomery culminated in President Johnson (Tom Wilkinson) signing the Voting Rights Act of 1965, one of the most significant victories for the civil rights movement. Director Ava DuVernays SELMA tells the real story of how the revered leader and visionary Dr. Martin Luther King Jr. (David Oyelowo) and his brothers and sisters in the movement prompted change that forever altered history. 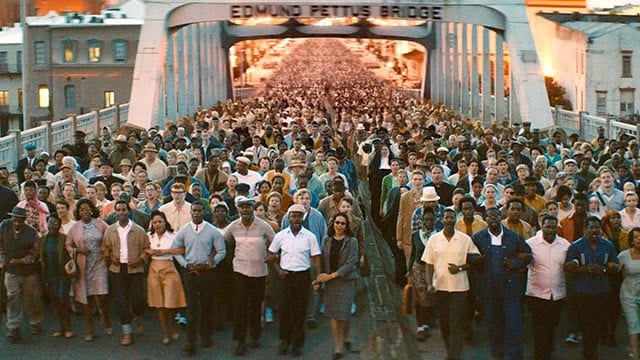 I enjoyed how Dr. King was portrayed. Selma showed him tired, scared, doubtful, grief-stricken. He was a man. The movie also focused on other people. They showed that Dr. King didn’t do this alone. He had great people around him. They struggled right along with him.

Voting rights wasn’t just a “black problem.” White people were killed while they fought alongside black people. Dr. King put out a call for help and bus loads of people showed up to support the movement. 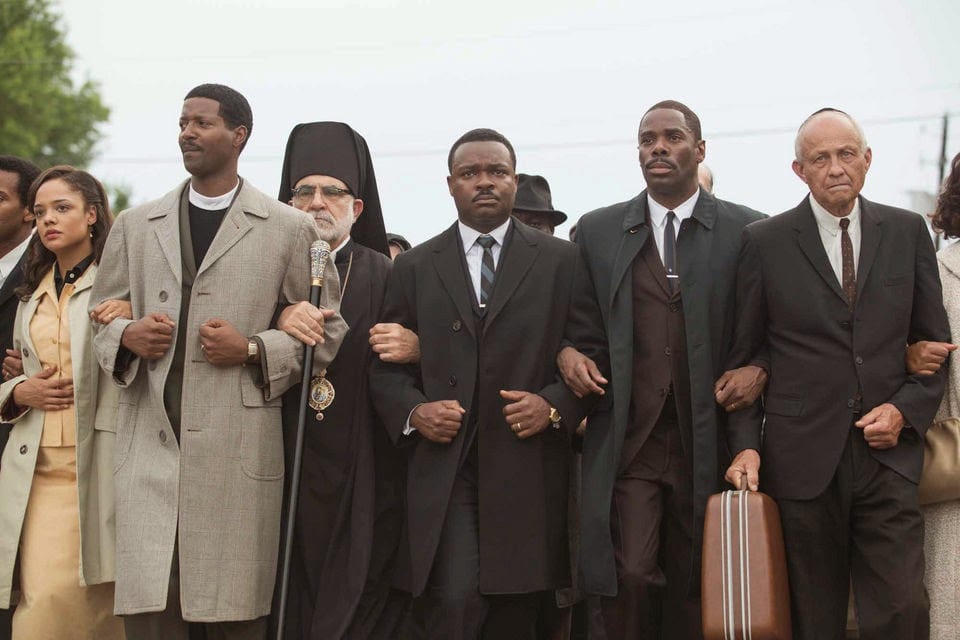 Simple scenes were just so powerful. They didn’t need dialogue. You can just look at them and feel. 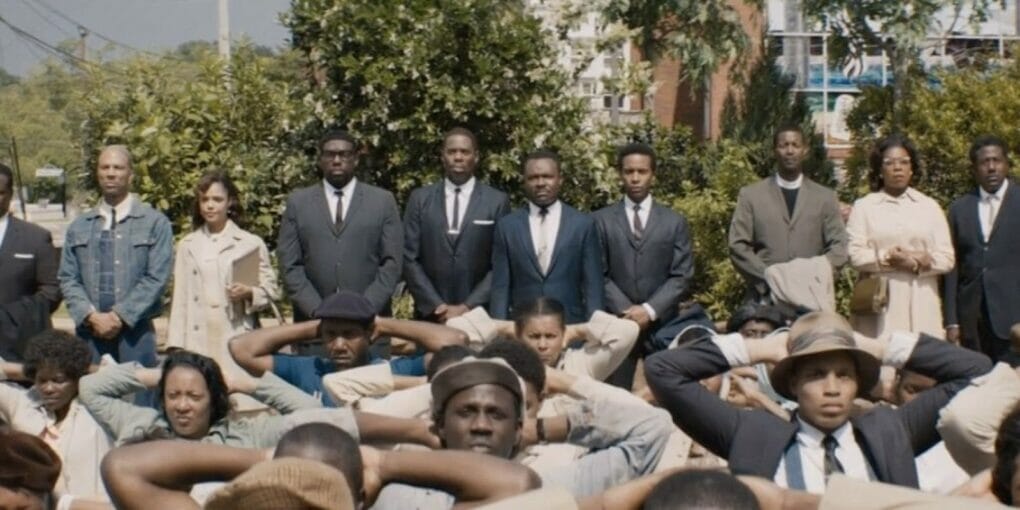 Selma was rough to watch at some moments. It had cops beating unarmed protesters with batons. One shot a man for no reason. Most of these protesters were women and the elderly. You can understand why African Americans are afraid of police. My parents are in their upper fifties. They were alive when this happened. They didn’t grow up seeing the good side of police. They grew up seeing cops beating and killing innocent black people. They passed that distrust onto their children because we still have to be careful around cops. We can’t tell the good ones from the bad ones just by looking at them. 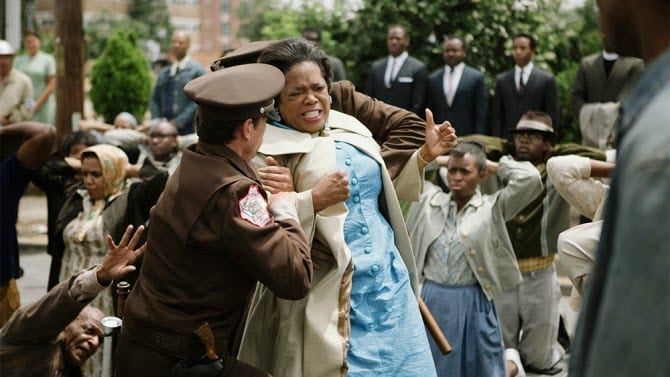 What’s terrifying about this movie is the parallels between then and now. I don’t want to go back to that time. Anytime before the 80s was really, really bad for activists fighting for racial equality. Even the 80s and 90s had some moments. I mean, African Americans were being killed and their murderers got away with… oh wait.

I can’t speak on certain historical moments. However, I’ve done enough reading on how civil rights activists and African Americans were treated during the 60s. Selma did not exaggerate. It wasn’t afraid to go there.

I left the theater feeling like I could do anything. The activists went through hell just to walk from Selma to Montgomery. They never gave up. It’s an inspiring movie. It was the push I needed to keep going with my writing.