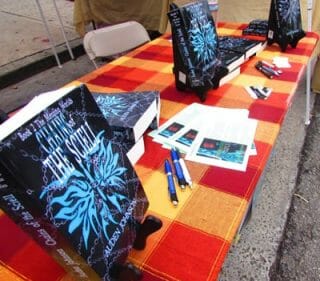 On Saturday, I signed The Sciell and Chains of the Sciell at the Harlem Book Fair. It was awesome! I sold so many books. 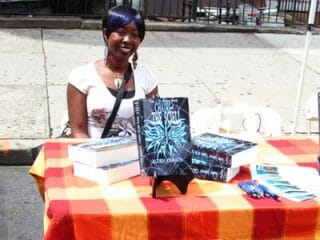 The morning, however, didn’t start out so great. It was raining buckets. The fair’s outside. Fortunately, it stopped raining by the time the fair started. 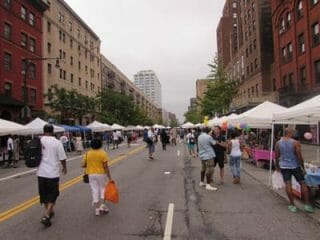 That wasn’t the only irritation. Our table number was R79 but we didn’t see any numbers when we got there. The rain washed them away and no one working at the fair knew where R79 was. Fortunately, the first exhibitor we asked table number was R76. We figure things out soon after.

Our space didn’t have a table or chairs. Those were pretty easy to grab. We were supposed to have a tent but another author said she was told you had to pay extra for a tent. My mom/publisher had the agreement that said a tent was included.

Then, we were told they were out of tents even though people around us were still putting up recently acquired tents. They pulled some tents from Narnia and told us we might have to share. Those tents were only large enough for one table. We were looking at the real possibility of not having a tent. When that sun was up, it was up.

Fortunately, we eventually got a tent. Glorious shade!! 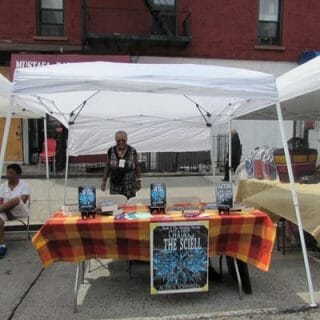 After that, it was smooth sailing. I was interviewed by someone working with the book fair! 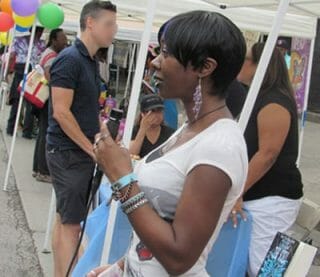 The fair had a good flow of traffic and my book covers caught many eyes. The sun turned the blue on the cover into a nice spotlight. We talked to a lot people. 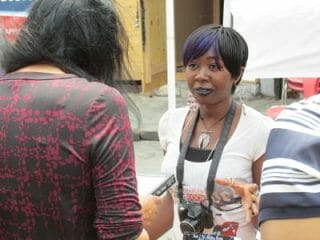 We put out flyers for The Marked Hosts and people ate those up. Well that cover worked! We almost ran out of my business cards. 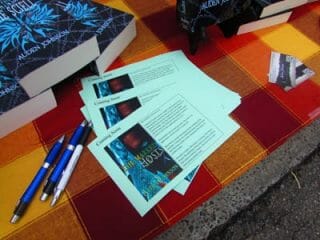 Then, we had another irritation. The booth across from us started playing music, loud, At first, it made the atmosphere extra fun. Felt like a party. After about an hour, the music was a hammer to my temple.

It was just loud and drum-y and endless. On top of that, it was hot- even in the shade. I had to shout so people at our table could hear me which meant my throat was sore. Water and a mint fixed that right up. Too bad it couldn’t cure me of that music.

The fair had also author talks and workshops, but I was there to sign books. Didn’t do any walking around. Despite the annoyances, it was a fun days. It’s always nice to talk to people about writing and my books. 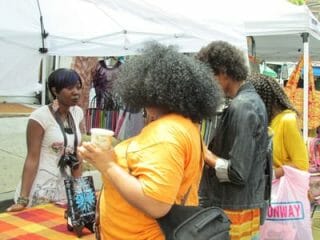