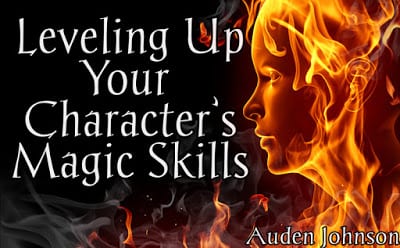 Pokemon, the game, came to mind for some reason. I know, total nerd moment. Thank Nintendo for bringing Pokemon to the near-front of my mind. Well, in gaming, you unlock new abilities when you level up. The post is gonna be extra nerdy. You have been warned 😉

Your magic user will do some leveling up. If your power source is alive, that’ll probably do some changing as well.

Unless the character is like 1,000 years old, they aren’t going to know everything about their powers in Book 1. Even then, some things about the system will remain a mystery. Think Harry Potter. There’s a school to teach magic yet some things even the teachers don’t know. Take Avatar: The Last Airbender, the cartoon not the movie. Toph, an earthbender, invented metalbending- something totally new. Earthbending has been around for centuries. 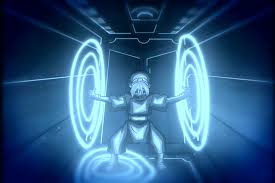 What are the ways you can level up a character?

Training
The character attends a magic school. They’re someone’s apprentice. They observe someone use they’re power and copy that person in secret. It’s not magic related but Bulsa in Moribito learned a particular maneuver by watching her guardian do it.

If you haven’t noticed yet, I pull a lot of world building inspiration from anime.

Danger
Your character is put in a life-threatening situation or someone they care about is in danger. This doesn’t just mean mortal danger. This could mean being kidnapped to be sent into slavery or to marry some evil warlord.

They discover a new ability to save a life. Take Toph for example. She was trapped in a metal box being taken somewhere she really, really didn’t want to go. She needed to do something. Be careful. You might be tempted to make your characters go all Super Saiyan.

Try to avoid going the omnipotent route. Even if you’ve stated earlier in the story that your character has a lot of untapped power, don’t make them so powerful they can easily solve any problem.

Boss Battle
If your character survives a fight with a strong enemy, they will become more powerful. They could purposefully but themselves against a notorious baddy out of necessity or they simply want to defeat someone other people couldn’t.

Sparring
This combines both danger and training. It’s similar to a Boss Battle only the opponent isn’t an enemy. I use this one often. My characters spar with someone, usually a stronger opponent. They need to dig deep to find a way to beat the other person because their usual attacks don’t work. The stronger opponent usually fights like they’re trying to kill the weaker one. They’re not. It just seems that way to get the weaker opponent to take the battle seriously.

This can go really wrong if you have two inexperienced characters practicing. An experienced person will know how to battle without seriously injuring their opponent. Two newbs fighting might end with some broken bones or someone being knocked unconscious. This might also happen in a strong vs. weak battle. The stronger one could make a mistake.

What if
This is similar to danger but the character’s life doesn’t need to be threatened. They need to solve a puzzle or they’re bored. They try something new with their power and it works. In The Sciell, Vayle wanted to power an old generator. He knew Lifeblood (his power) was pure energy and it worked like electricity in his village. He never used Lifeblood to power technology. He tried using it to turn on the generator. He eventually got it to work. It didn’t work for long, though.

Text
If your magic system is old enough, someone will have written a book on it. Or, an ancient civilization wrote instructions on the walls of a temple, cave, stone tablet, parchment…any material that lasts over 100 years.

A Guide
Continuing with the nerdy theme. In The Legend of Zelda, Link has a fairy that pops up to offer… let’s call it advice.

For non-gamers, you remember old Microsoft Word, when you started typing a letter, the paperclip appeared.

You could give your character a travel companion who knows the magic system but only gives the protag info they need at that moment. This might create some nice tension. The character wants some info but the guide doesn’t talk.

Potion or Item
In the game, you can force your Pokemon to evolve by using certain items. You can also use items to boost a certain ability. A character would wear special gloves that raise their power 2 or 3 levels. Try to stay away from things that make the character super powerful instantly. If you have an object that significantly raises their level, it shouldn’t be easy to find or full-proof– only the worthy can make the stone work. It could be temporary or have some side effects.

What are the ways you level up your characters?

Next time, we’ll cover tips on determining what the power evolves in to. I’m a bit stuck on that. My power system needs to evolve between Books 3 and 4 of The Merging Worlds series and I don’t know how it’s gonna change. 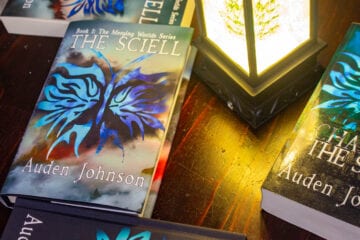 Sometimes you do things simply because they’re fun and you’re curious how it’ll turn out. Turning my epic dark fantasy novel, The Sciell into a hardback book was one of those passion projects. I’ve heard Read more… 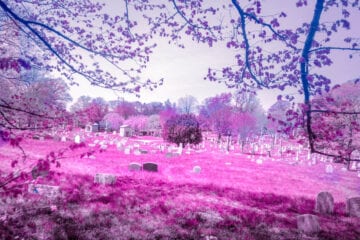 Getting into Otherworldly Infrared Landscape Photography

Ever play a video game that frustrated you so much you had to stop or you’d throw your controller across the room? That’s infrared landscape photography for me. In the post Creating Fantasy Landscapes with Read more… 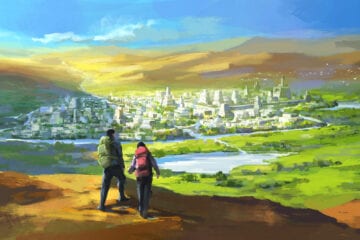