Scientists have genetically engineered five human hybrid races known as werewolves, vampires, dragons, sensers and wendigoes. The first four races coexist with humans in relative peace. The fifth one wants to butcher the others and they are getting stronger.

Jaspal ‘Pal’ Khatri is nearly killed and forced to leave his home with a werewolf pack in Oxford, England when the local HyCO group leads a mob of anti-hybrid rioters against them. He travels to the Highlands of Scotland for a fresh start and meets Brand, a werewolf still grieving after the murder of his lover, Kye, a year ago. He and Brand find a dead vampire and Pal is suddenly in the nightmare situation of being accused of the murder. There is a link between this death and that of Kye and Brand works for another branch of HyCO so, to prove his innocence, Pal must join the organisation he loathes and try to ignore his growing feelings for Brand as they work to solve the case.

Brand returned the offered smile as they headed towards the tall pines. Pal noticed that there seemed to be fewer birds around than usual, as if something had scared them away from the area. After about ten minutes’ walk the grass gave way to earth covered in a layer of pine needles that pricked his bare feet.

The friendly mood between the men had changed to unease as they got closer to the area and the expectation of finding one animal killed by another vanished. The faint smell of blood they had detected while still werewolves was replaced by the stench of charred meat.

What were they walking into? Perhaps he was over-reacting thinking there was something sinister here. After Oxford his nerves were still raw but he had the worrying thought that this could be a trap. His companion’s presence beside him was the one thing that reassured him.

They kept moving, Pal braced for what they would find. It was taking longer than it should have. He had been right in criticizing human senses – in werewolf form they could have found the source of that unnerving odour in minutes. They rounded a large pine and both of their footsteps faltered then came to a halt.

Pal stared at the grisly sight in front of them. Although badly burnt the object on the ground was still recognizable as a human body. 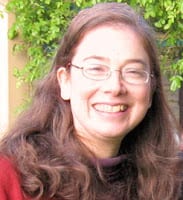 Clare Solomon was born in Hertfordshire, England, later moving to Somerset then Birmingham before finally settling in the Highlands of Scotland. She has worked in a variety of jobs including legal secretary and sales assistant but always wanted to be an author. She began writing novels as a teenager, several decades ago, tried unsuccessfully to get a publisher and is now thrilled to be able to self-publish through Amazon and finally share her books with actual real people.