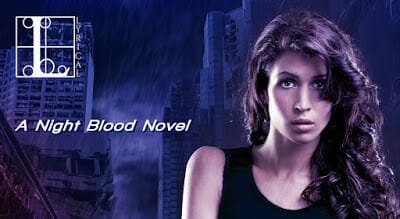 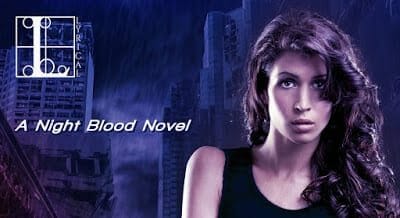 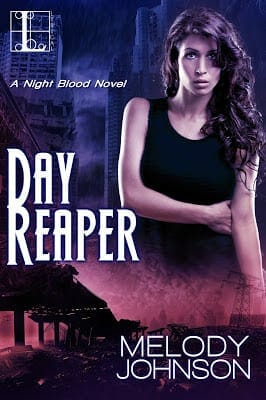 A dangerous choice for the chance to live.


On the brink of death, Cassidy DiRocco demands that New York City’s master of the supernatural, Dominic Lysander, transform her—reporter, Night Blood, sister, human—into the very creature she’s feared and fought against for months: a vampire. The pain is brutal, she’ll risk the career she’s worked so hard to achieve, and her world will never be the same. But surviving is worth any risk, especially when it means gaining the strength to fight against Jillian Allister, the sister who betrayed Dominic, attacked Cassidy, and is leading a vampire uprising that will destroy all of New York City. . .

When she awakens, however, Cassidy realizes the cost of being transformed might be more than she was willing to sacrifice. The overwhelming senses, the foreign appearance of her new body, and the lethal craving for blood are unrecognizable and unacceptable. But if Cassidy hopes to right the irrevocable wrongs that Jillian and her army of the Damned have wrought on New York City, she’ll need to not only accept her new senses, body and cravings, but wield them in her favor.

Irresistible and enigmatic as Dominic is, he no longer has command over the city or its vampires. Only Cassidy has the connections to convince the humans, Day Reapers, and the few vampires still loyal to Dominic to join forces, and maybe, if Dominic can accept her rising power over the coven he once commanded for the past several hundred years, the two of them together might forge a bond more potent than history has ever known. . .

My physical appearance wasn’t the only aspect of the transformation that shook me, but when he cupped my cheek in his palm and ducked his head, pressing his lips to mine, I kissed him back. My lips felt foreign against the long protrusions of my fangs, but his lips were soft and the texture of his scar familiar. His Christmas pine scent enveloped us, and with my enhanced senses, I felt its chilled effervescence simultaneous heat and create goose bumps over my body. I turned in his arms, angling for more access, and a rush of blood filled my mouth.

I jerked back, startled by the blood coating my tongue, a taste which wasn’t entirely unpleasant, was in fact, not unpleasant at all. The blood was absolutely delicious, which was also startling, not to mention disturbing. Dominic had a gash across his lower lip, and I realized that I’d cut him.

I swallowed the blood in my haste to apologize and choked.

Dominic covered my lips with a finger and shook his head. His thumb swiped back and forth over my cheekbone as we stared at each other, and before my very acute eyes, I watched the intricacy of Dominic’s body heal. The split sides of his lip filled with blood, and that blood pooled in the crevice of his cut, coagulated, scabbed, and flaked to reveal new, shiny, pink skin. That skin darkened to a faint thread, and if he’d still been human, the healing might have stopped there, but his body healed the scar, too, until his lips bore not one sliver of evidence of my clumsy lust. What had once seemed to occur instantaneously and magically was now a simple bodily function, but I suppose, that in itself was a kind of magic.

I touched his lips, grazing my fingertips carefully over the perfection of his newly healed skin to the divots and pucker of the permanent scar gouging through the other side of his lower lip and chin, a reminder of his human lifetime, and for me, a reminder of the few things we had in common. Although looking at the skeletal, talon-tipped hand touching him—the hand that I controlled but didn’t resemble anything I recognized as mine—we had much more in common now than I’d ever anticipated having.
He touched my lips with his fingertips, mimicking my movements with the human-looking version of his hand, and I couldn’t help it. Despite the impossibility of this situation and the state of my hands and what I could only imagine was the state of my face, I smiled.
“Sorry,” I murmured. Dominic’s blood had moistened the scratch in my throat, so it didn’t feel like my vocal chords were raking my esophagus with razor blades anymore. “I’m not myself this morning.”

Dominic grinned—full and genuine and lopsided from the pull of his scar—and the warmth and affection in his expression widened my own smile. I let that warmth soak into me, filling my unfamiliar body with hope, reminding me that I could survive. That I wanted to survive.

“No one looks or acts their best upon waking, not even you when you were human.” Dominic reminded me. “Not even me.”

I sighed. “I will miss working on my tan though,” I said, only half-jokingly. The feel of the sun’s warmth on my skin had become a safe haven after discovering the existence of vampires. Having become one, I supposed the necessity was moot, but that didn’t mean I wouldn’t miss it.

Dominic grunted. “Many things about you will never change despite the transformation, including your ability to enjoy the sun and your stubbornness it seems.”

I raised my eyebrows. “My stubbornness won’t cure a fatal sun allergy.”

“Look at the color of your claws,” Dominic said dryly.

Despite my said stubbornness and the urge to resist looking at my claws just to defy him, I looked. The skeletal appendages coming from my body were long and knobby and honestly grotesque, a monster’s hands with four-inch, lethal talons sprouting from their tips.

And those talons were silver.

Dominic was right, as per usual, and unfortunately, so was our dear friend, High Lord Henry. I was a vampire, but I wasn’t allergic to the sun.

I was a Day Reaper. 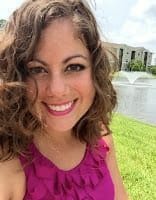 Melody Johnson is the author of the gritty, paranormal romance Night Blood series set in New York City. The first installment, The City Beneath, was a finalist in several Romance Writers of America contests, including the “Cleveland Rocks” and “Fool For Love” contests.