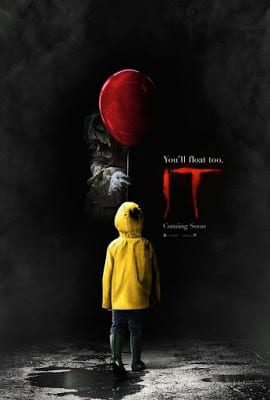 Honestly, I wasn’t too interested in seeing this one. I don’t re-watch certain Stephen King movies/miniseries, like The Mist, The Stand. They’re amazing but they’re either too intense, they broke my heart…or both. It was one of them.

This review will focus only on the movie. I watched the miniseries once a lot of of years ago. I haven’t read the book.

The movie was…heartwarming. Didn’t expect that. The ending was kinda sweet- a friends stick together kind of thing.

Interesting enough, the non-supernatural threats, people, were a bit scarier than the clown. The psycho bullies and the awful, awful parents. Why couldn’t It terrorize them?! Wonder if the town was cursed because the adults were all insane?

Pennywise was creepy, though. Those eyes and that smile were just weird. I didn’t even notice the red nose until I started this review. His mouth and eyes gave me the willies. 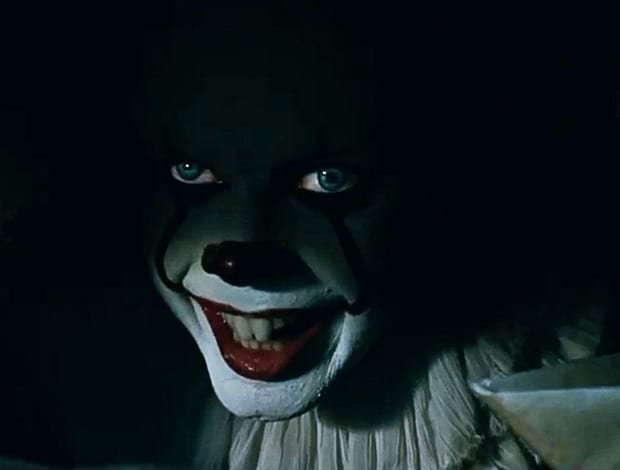 I did get a bit confused towards the middle of the movie. Pennywise kept terrorizing the children. He clearly wanted to abduct them but whenever he got them in a vulnerable position, he just left. The clown did this a couple of times. Had me wondering what he was waiting for. Towards the end of the movie, they explained what he was doing. Wished they mentioned it sooner.

I did enjoy the story of Derby, the town’s curse. It seemed, maybe, part of the curse was that adults ignored the bad things happening with strange frequency. They couldn’t see certain things, like only kids saw the red balloon. I wanted more of that in some way.

Then there was the house: 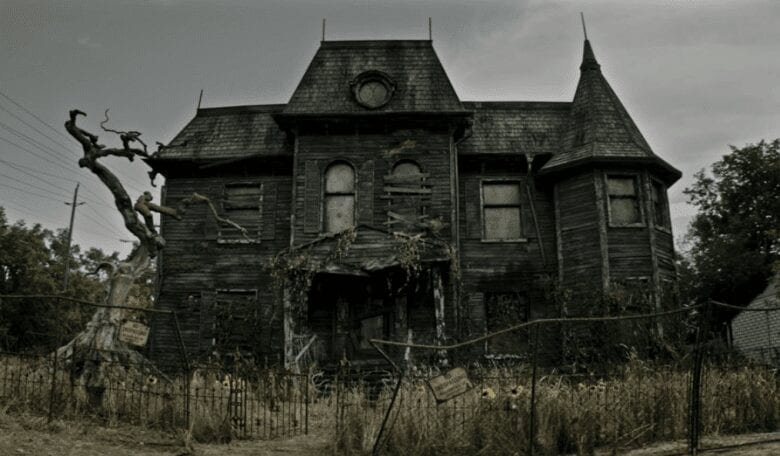 Whenever it came on screen I was like, “look at this comically haunted house.” This thing is so over-the-top. It kinda makes me happy for some strange reason. I don’t think it was meant to scare us, the viewer. It was meant to terrify the kids.

I really liked those kids. I mean, those were some well-developed and entertaining children. I’ve gotten so used to teen horror movies with cannon fodder as main characters. It was strange to see kids with some depth. Well done. 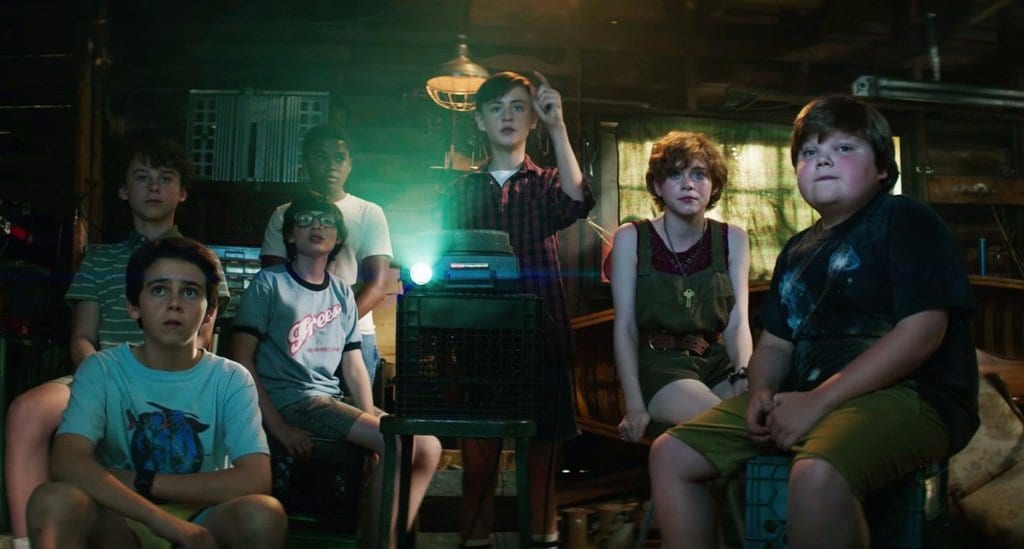 I’ve never been one to yell at movies but these kids had a tendency to stand and stare when they should’ve been running. One kid had a headless figure coming at him and they didn’t move until the creature was right on him. The number of times they were separated because one got distracted by some noise… I love them anyway. It’s always nice to see troubled, underdogs battle the monster and win.

Was the movie scary? Parts were. I enjoyed the creepy-ness Pennywise dished out. The scares did become a bit much after awhile, a little repetitive. I didn’t understand why some kids didn’t go to their parents. Some had family issues but I don’t think all of them did. A few got pretty serious injuries and they didn’t always go to an adult. It was weird. Did they have no adult, like a teacher, they could’ve consulted? If they didn’t, I wished the move made that clear.