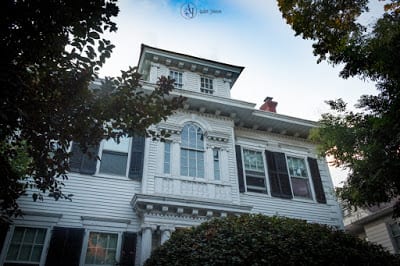 Well, this is a nice way to ring in October. With a good horror story.

Ghosts of Manor House by Matt Powers isn’t your typical haunted house story. It sucks you right in. I had to be careful reading it on the subway. I was so into this book I almost missed my stop.
I’ve actually been having trouble finishing books. Mostly, I’ve been rereading things because I’m having trouble finding books I like. If the opening doesn’t blow me away, I move on. If I’m 5 chapters in and lose interest, I’ll stop reading. If I finish a book, it means I really liked it.

Reading Ghosts of Manor House didn’t feel like a chore. I was immersed in trying to figure out the mystery of Manor House, the tree and its residents. The pacing was good. You didn’t have to wait long for something to happen. The story had a nice mix of interesting history, suspense and mystery.

I don’t know if I’d call this story scary. More heartbreaking and a little twisted.

By the end of the book, I kinda wanted to grab Mary, one of the main characters, and smack her. Ever encounter a character like that? My level of pity for her hit 0. Felt so bad for her husband. That ending…or beginning was messed up. (You’ll understand when you read it) Man, this story was dark. The prologue was well done, too. I’m not usually a huge fan of them.

The book had a few formatting hiccups. Dialogue was sometimes written like this:

I had to keep reminding myself two different people were talking.

In addition, every now and then, there was a hard return in the middle of a sentence. It didn’t happen often. I think since I design books, I notice certain things that most people wouldn’t. I’ve stopped reading books because of formatting issues. Ghosts of Manor House wasn’t that bad. I didn’t notice any grammatical errors, either. 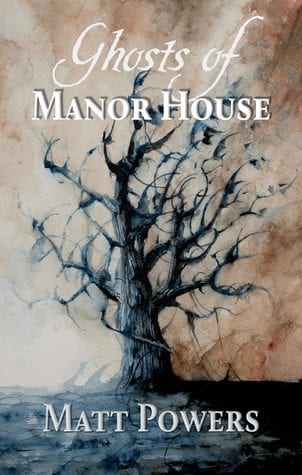 Mary and Edmund had a happy life, until one of their two children died in a drowning accident. Mary sunk into depression and then she heard something. Something reached out to her, told her that she could be with her son again, the family could happy together. The house was calling to her.

The family went to Manor House to get away—for Mary it was to find her lost son. To follow the voice and find a way her family could be whole again. For Edmund, her husband, he looked forward to some writing, time away from work, and to hopefully see his wife happy again.

Edmund arrives at Manor House to begin his writing; sure that Mary and their daughter will follow. But he soon discovers that Mary is missing. And he realizes that Manor House is more than just an interesting story, it is haunted.

Edmund wants to find Mary again, to be a family again. Can Manor House help him? Or will Manor House be his undoing?

Matt Powers has been an avid reader since he was a child, and he always had a goal to bring the stories in his imagination to life. He is a Expert Blogger on the website Gamasutra: http://www.gamasutra.com/blogs/MattPowers/951858/

One of his screenplays, The Innocent, was a winning selection at Foothill Films 2015. He also directed and produced the short film: https://www.facebook.com/TheInnocentMovie/