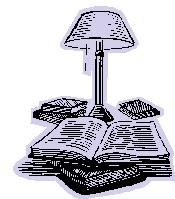 Just finished reading Last Watch by Sergei Lukyanenko. I found this series by accident. I didn’t usually look at the fantasy section but stuck to horror. I picked up the book because I liked the cover and the blurb on the back intrigued me. It sounded more like something I would write.  Actually, this series may be what got me visiting the fantasy section.
The series is set in Russia and is centered around two Watches- Day Watch run by Dark Others and the Night Watch run by Light Others.  Others are beings who use Power they draw from another world called Twilight. I guess you could call them supernatural police except they police each other and leave humans to their own devices. When a human becomes a Other, they are drawn to either the Dark or the Light so the series, at its basis, is about the battle between good and evil.
Last Watch is the last book in the series and I’m blown away by the amount of detail Lukyanenko put into it. It felt like this man knew everything- the ins and out of different countries, technology and people. I can’t imagine the amount of research he had to do to write this story. Sometimes, though, it was easy to get lost in the details and possibly miss something important. Using popular songs to drive in a concept is an interesting device but for me, the song lyrics just took away from the story so I usually skipped them. I was pleased, though, this device wasn’t used as often in this story.

The story follows the same structure as the first three- being split into three sections but this time, the sections flow like one story and is told entirely from Anton’s point-of-view. In the previous novels, the three sections were told from different perspective following different stories that were all brought together at the end. The common point-of-view in all the novels is Anton Gorodetsky.

The narrative-voice was brilliant. Anton is probably one of my favorite characters in a series. You can’t help but like and respect him. Not many characters dislike Anton and because of the way Lukyanenko writes him, it doesn’t seem far-fetched. I like that Anton is now a Higher Light One and it was impressive how he seemed to fall so smoothly in that role. The story said, at the beginning, that he was struggling with his new power, which is understandable, but I saw no evidence of him struggling with it throughout the story.

It’s such a pity this is the last book but I guess, at this point, Anton has done all the growing he needs to do. If there is another story it would probably be in another perspective, say his daughter, which might be interesting. I may have to go back and reread the series to fully understand this one though. I had to reread the last chapter and even now, the ending still isn’t clear but that doesn’t take away from the story. I like an ending that leaves you hanging just a little and makes you think.

2 thoughts on “The Last Watch”