Ever see a building that’s so bizarre it sticks with you? Over at io9, they have an article listing some usual looking buildings.

Sometimes a building is like an architectural alien. The bizarrely-shaped museums in these photographs are so different from the city around them that it’s as if they erupted out of a dimensional doorway from another universe. Read more at io9

I had to share this. I mean these buildings are great fodder for some supper creepy stories. Especially this one: 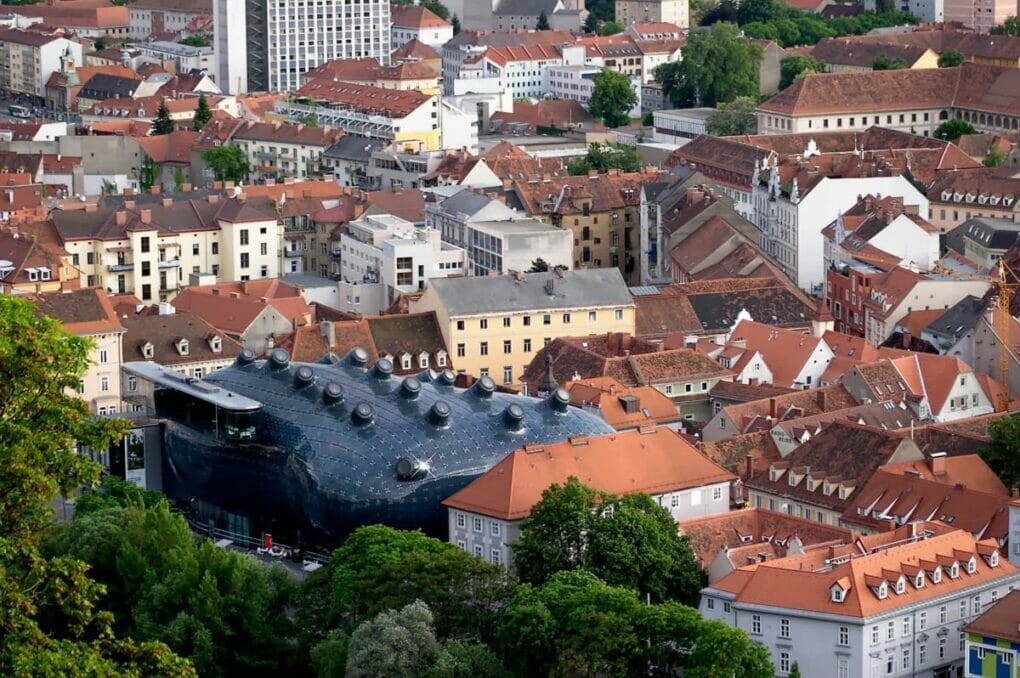 I’m thinking demon building. Most of the time it’s camouflaged. But, this moment, for some reason, a person was able to take a picture of it. They tried to take another picture, but the building didn’t show up. The monsters have bewitched the residents so thoroughly that they become violent when anyone say anything bad about that building.


What are the demons planning?


They don’t want to take over the world.


They want to be closer to their food source…human emotions. They don’t go out to gather food. The building absorbs it through those knobs on its back. Another race of demons wants in on this. Negotiations goes wrong. The ones that own this building are greedy. They want to keep the food all to themselves. Other demon races get angry. They go to war in that town. Others know war is pointless. They, instead, create buildings of their own in other towns. Soon, demons are living in every city of the world. And, humans don’t even know it. Soon more violent monsters come to the surface. Ones that aren’t satisfied with remaining invisible…

Dark I know. I’m a dark fantasy writer so monsters is where my mind goes when I’m thinking about stories. It happens when you write in one genre long enough. Kinda annoying


Your turn. What story idea comes to mind when you see this building?  Doesn’t have to be dark, despite the title of this post 😉