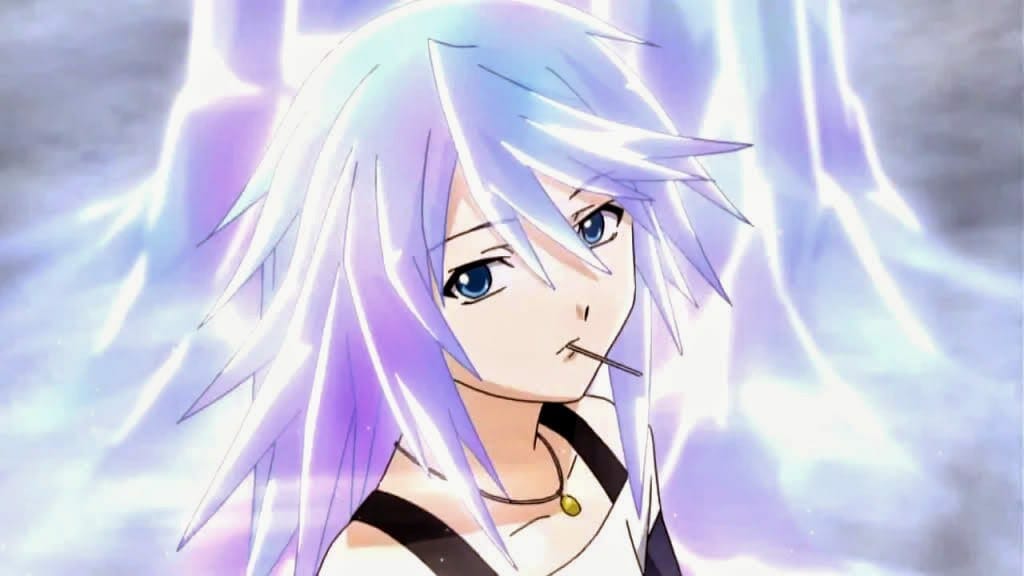 When I see a mystical being in one of my favorite shows, I have to look it up. While doing this research, I realized Yuki Onna appears often in anime. This was fun! It’s fascinating linking a character from a show to actual mythology. 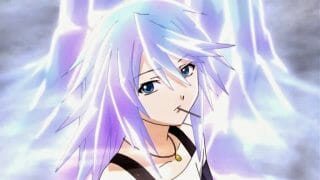 “The Yuki Onna is one of Japan’s most well-known and yet unknown yokai. There is no single story of the Yuki Onna. From dread snow vampire of the mountains to a loving bride and mother, she has played many roles over the centuries; worn many costumes. She is ephemeral as a windblown mist of snow, and as impossible to hold.”

She’s a spirit of snow storms. She lures men into the cold wilderness where she causes a violent blizzard. When the blizzard takes over the landscape, she vanishes into the mist and snow. The victim desperately searches around to save her, but ultimately fails and freezes to death in the snowstorm. 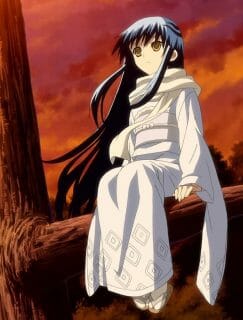 Oikawa Tsurara by Integra13 on deviantART

Yuki-Onna wears her hair loose. She’s dressed in long white robes, which are sometimes seen spattered in blood. She appears on snowy nights as a tall, beautiful woman with long black hair and blue lips. Her inhumanly pale or even transparent skin makes her blend into the snowy landscape. Some legends describe her as nude, with only her face and hair standing out against the snow. Despite her inhuman beauty, her eyes can strike terror into people. She floats across the snow, leaving no footprints. She can transform into a cloud of mist or snow if threatened. 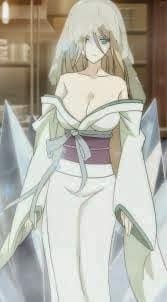 Yuki-Onna is also known to have the ability to freeze people with her icy breath. One tale states that she was once a pregnant woman who died in the snow. Because of this, she’s sometimes seen carrying a baby. She may also appear to a man. They’ll start a relationship, marry and have children. Then, she’ll cause a snowstorm and lose herself in one, causing her victim husband to run after her and die in the cold. Sometimes, she marries a man in winter only to melt and disappear by the spring.

The most widely known version of Yuki Onna came from Lafcadio Hearn, a traveling journist.

Two men, a wood cutter and his apprentice, some stories say it was a father son pair, left their village one winter’s day to gather firewood. They go caught out when a storm started. and took shelter in a small hut. The younger man awoke that night  to discover the hut’s door open, and a ghostly white woman — both beautiful and terrifying — leaning over the other man and breathing white mist over him. When she turned to the young man, the strange woman offered to spare him if he swore to never tell anyone what he had seen that night. He made the vow and the strange woman left fading into the storm outside. The young man turned to companion, and found him frozen to death.

The young man kept his word for years after that strange night and told no one, not even his wife who he married about a year after the incident. They lived a simple and happy life, raising their children. One evening, as the children slept and his wife sat quietly mending some clothes, he was struck by how much his wife looked like that strange woman of many years ago. He told her about the night and how much she reminded him of it at the moment. When he finished the story, his wife rose, now completely snow-white and enraged, and told him the only reason she wouldn’t kill him immediately was for the sake of the children. Warning him strongly to never give them reason to complain, she drifted out into the night and disappeared in the falling snow forever.


For some reason, ice is one of my favorite powers. Yuki Onna gave me an idea for a new ability for my race of beings, the Sciell. Stripping all the warmth, body temperature and positive emotions, from a person.
Sources:
Myth Beast: Yuki-Onna
Wikipedia: Yuki-Onna
Hyakumonogatari Kaidankai: Yuki Onna

Yuki-Onna: the Snow-Woman of Japan
Yuki-onna by Lafcadio Hearn