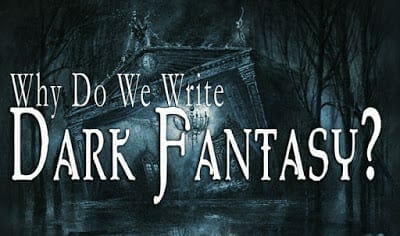 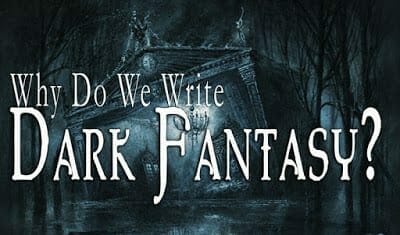 The post, Why Do We Write Horror got me thinking. How in the world did I get into dark fantasy?

I’ve dealt with this topic over the years mostly because I find it so fascinating. We’re supposed to be afraid of the dark.
Why do you like dark stories?

I used to feel a bit guilty about being attracted to stories with questionable characters and a whole lot of badness going on.  I mean, dark is bad. I’m not supposed to be fascinated by it. On top of that, the stories get inside you. The type of stuff that goes through my mind often disturbs me.

While I’m walking around, I start imaging all sorts of bad things happening. I sometimes scare myself while riding the subway across a bridge. What happens if the bridge breaks, dropping us into the river? I sometimes keep myself up at night imaging a dark thing hiding in my apartment. I pretty much have strange dreams every night. 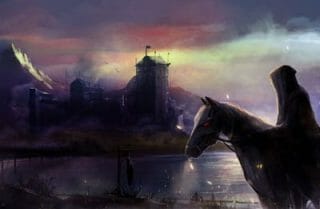 Why do I write dark fantasy? Simple answer, I don’t know. The books I like to write just happen to be dark fantasy.

I don’t often go into my stories intending scenes to be hard to read, just like I don’t often intend for them to be graphic. The Sciell opens with a pretty…horrendous scene. I tried to describe it in a way that wouldn’t make it so bad. It didn’t work. I couldn’t water down the scene any more. I wouldn’t do that to the story.

A lot of authors have this moment where they fell in love with their genre. Some were inspired by Tolkien or King. Some marked the first time they watched a John Carpenter movie as the beginning of their love for horror. Others were inspired by games.

But me…honestly, I have no idea where my love for dark came from. I’ve been trying to track when it started. I was always drawn to stories about vampires and werewolves. My parents bought me all kinds of books when I was a kid. The ones that stuck with me the most were paranormal stories. I loved Blood and Chocolate by Annette Curtis Klause so much I finished the book and read it again right away.

The first “novel” I wrote was about a group of teenagers away at camp being possessed by aliens. The kids went around killing people, butchering them. The story was told from their perspective. I wrote that in middle school.

So again, why dark fantasy? Because I like taking slightly psychotic characters and making them likable, often without them regretting their sometimes vile actions. 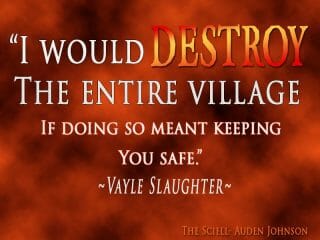 I like blurring the lines between good and evil. Writing dark fantasy is a good way to work out some serious aggression. Dark can be beautiful. It holds a lot of secrets. We’ll never uncover them all. It’s fun to try.

Do we choose our genre or does it choose us?