When looking for fantasy creature inspiration, I try to stay away from western stories. They’ve been done to death. There are other places in the world besides Europe and the United State. For some reason, people tend to default to that. I just want to see something else.

Grootslang, great snake, lives in a cave in the Richtersveld area of South Africa. One source says, the snake has a red stone at the front of its head, also refereed as a amulet or talisman. The only illustration I found of this creature doesn’t depict a red stone. I tried to find some more “official” stories about the Grootslang but that proved to be difficult. So, I searched the weeds of the internet and looked for any common elements to the story. If you have more information, comment below.

Pictures vary but it’s mostly depicted as a large snake with an elephant’s head. The story goes, gods new to creation made a mistake with the created the Grootslang. They made it too cunning, too strong and too smart. To rectify their mistake, the gods split the Grootslang into two creatures creating both the snake and the elephant.

There seemed to be more than one Grootslang at the time. Story goes, the original escapes and went on the sire more creatures. I’m assuming more than one escaped as the story doesn’t mention it cross-breeding with another animal species.

The monster settled into its home which is know as the Bottomless Pit. It’s supposedly filled with diamonds. Apparently, the Grootslang is part cannibal. Despite being half-elephant, this monster likes to lure elephants into its cave to feast on them. The Grootslang is said to be cruel but you can bargain with gems if you’re unfortunate enough to cross it’s path. 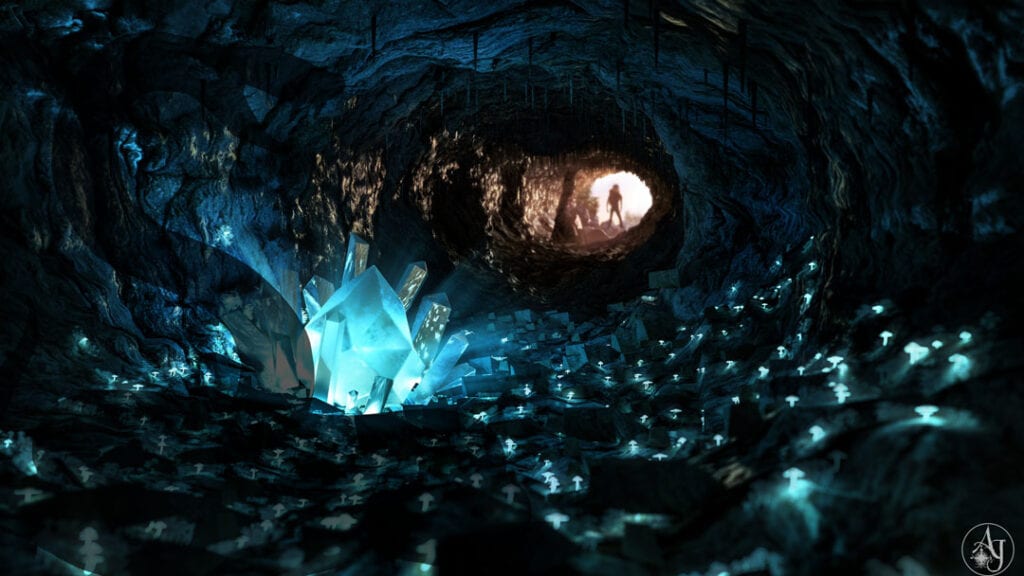