What Makes A Good Fantasy Story?

The definition of a good fantasy story can be pretty arbitrary. What’s interesting for one person will be boring for another. Defining a good story is interesting in itself. You’ve probably come across books that were terribly written but became bestsellers because they told a good story. What draws you into a story? Here’s my list.

People have a funny idea of escapism. When a book touches on a subject that makes them uncomfortable, then they roll out the “I read to escape reality” or “artists should stay out of politics.” For me, escapism doesn’t mean the book shies away from tough topics. It means I can forget reality while reading. Books like Luck in the Shadows by Lynn Flewelling did that for me. The series got dark but still, I always feel better after reading the books. Fantasy stories are the ultimate escape.

I and many authors have talked about this topic a lot. When I see a fantasy story with a non-stereotypical brown-skinned main lead, I am all over that book. It’s nice reading stories told from a perspective different from my own. I gravitate towards brown characters but I generally like seeing main characters who aren’t white, straight, cis men. Some of my favorites stories growing up were ones where I could see myself in the character. Being a quiet black girl, that didn’t happen often.

I mentioned in Elements of a Dark Fantasy Story that I like characters with some darkness in them. Sometimes authors will write a character that’s pure wish fulfillment. That fine. It’s their book. Those types of characters, for me, are boring. I don’t want to read about someone who’s good at everything. Everyone, even the villains, loves them. That’s not relatable. Nobody is that perfect.

I don’t usually read urban fantasy because, for some reason, the POV character tends to irritate me. But, I was surprised by how much I loved the Night Watch series by Sergei Lukyanenko. Anton’s one of my favorite fantasy characters.

I don’t mind medieval settings but I love when authors do something different like Children of Blood and Bone. One reason why I prefer fantasy manga to novels. You get way more interesting worlds, magic systems and creatures in manga/anime. I love Bleach’s soul society. Fairy Tail has a unique magic system. Anne Bishop’s Black Jewels series technically take place in a medieval setting but both the world and magic make it unique and interesting.

Speaking of which, I’m a sucker for a good magic system. I love reading about characters with powers. The system doesn’t have to be fully spelled out. Studio Ghibli movies don’t go into details about their magic, or anything really, but they tell a good story with engaging characters. We don’t know what keeps The Moving Castle going in Howl’s Moving Castle. Technically, it’s powered by Calcifer but we don’t know how.

The High King’s Golden Tongue is set in a medieval fantasy world without magic. The story doesn’t have a lot of action. But it’s one of my favorite series because the dialogue makes me laugh no matter how many times I read it. The clapbacks are on point. The characters don’t hold their tongue for anyone. I live for that kind of teasing dialogue.

What keeps you engaged in a story? 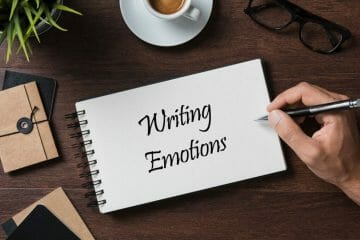 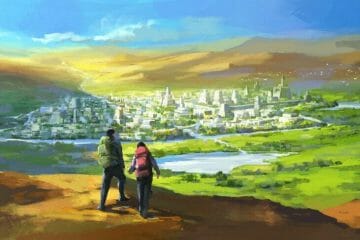