Dark fantasy is an interesting genre. It’s broad yet simple. It’s difficult to pin down a definition. I usually see it as a mix of fantasy and horror.

Here’s a definition from Goodreads:

“At its most basic, dark fantasy is a term used to describe a fantasy story with a pronounced horror element. A stricter definition is difficult to pin down, as authors, publishers, and readers have used “dark fantasy” in various contexts throughout the years.

Dark fantasy is often used as a synonym for supernatural horror. Some authors and critics also apply the term to high fantasy stories that feature anti-heroic or morally ambiguous protagonists. Fantasy works by writers typically associated with the horror genre are sometimes described as “dark fantasy.” Conversely, the term is also used to describe “darker” works by authors best-known for other styles of fantasy.“

Bottom line, your fantasy story needs to be dark. How that translates is up to you. I’ve listed a few things you could include. You don’t need to have all of them. Even just one of these will make your story dark.

Trigger warning: this post touches on sexual assault. If you want to avoid that, skip the section, Bad Things Happen to Good People.

Probably one of the main reasons I love dark fantasy. I’m not a fan of pure heroes, the knight in shining armor. Give me a character with some darkness in them. Someone who doesn’t mind getting their hands dirty to complete the job.

What separates an anti-hero from a villain? Probably perspective. Characters in my Merging Worlds series are powerful enough to save the world but they don’t. They don’t even try. Not for any noble reasons. They simply don’t want to.

Read/watch Death Note, (the anime/ manga not the Netflix live-action series) for an example of a dark main character done well.

This usually translates to post-apocalyptic or dystopian worlds. Or, you could go literal and set your story in a world that doesn’t get any light. I’ve seen some lists that included Uzumaki as a dark fantasy manga. So, a “world” could include a fantasy town possessed by some supernatural baddy. Your entire world doesn’t need to be dark. Your character could get trapped in some dark forest for a good portion of the novel.

Personal preference, if you’re going with a dark setting, that location needs to be more than a simple scene. It’s not dark fantasy if the dark jumps in then jumps out, never to be seen again.

But again, that’s a personal preference. Other people may consider your story dark if you have one chapter set in a horror-filled landscape.

You’ve probably heard the phrase “kill your darlings.” When writing my stories, I think of the worst thing that could happen to my character. And then I make it so.

Dark fantasy tends to have a lot of sexual assault. I like this genre but I don’t like that writers seem to default to rape when they want something dark. A person on Reddit created a helpful spreadsheet for those who want to avoid rape in their dark stories. Sexual Violence in SFF Database 2.0

If you’re going to add a sexual assault, give it the weight it deserves. People don’t just get over stuff like this. I’d suggest not including it if your only reason is, “my story is dark and that’s just how it was back then.” I stopped reading one book because all the women seemed to only be in there to be assaulted. I’d also suggest avoiding the “female gets assaulted to motivate the men” trope.

Get to know your characters. For them personally, what’s the worst thing that could happen? In The Wailing Town, my main character has always worked with a team. So, she ends up alone in an abandoned city with her team unable to reach her. In The Sciell, Shade and Vayle are stronger together so, I separated them and tortured one.

My characters often have past traumas (usually bullying) that still affects them in the story. Or, you could go literate and have a character possessed by a dark power/monster. I avoid reading stories that take this route because you often end up with pages of the main character complaining about their power. Naruto is a master class on handling this kind of inner demon. They even gave the “monster” a redemption arc. I love what they did with Kurama.

In traditional fantasy, dark/black/ugly is bad. Light/white/beauty is good. I like mixing this up which is another reason why I gravitate towards dark fantasy. Make the seemingly pure things evil. While turning the dark things good. I enjoy writing stories with complicated demons. They aren’t the good guys but they also aren’t mindless monsters.

Horror is about instilling fear and dread into your readers. Tap into that to write your fantasy story. How you do it is up to you. Add monsters that only attack at night. Include some gory scenes. Some of the things mentioned above will add horror elements to your story.

Have you’ve ever played interactive games like Until Dawn or a dating sim? They have good or bad endings depending on the choices you make. Dark fantasy can have a good ending. Often they won’t. My endings tend to be, yeah, they won but did they really given what they went through? Bad endings are tough. You may not want your readers to reach it and be so traumatized that they never reread or recommend your book. But, you also want it to be realistic to the story you created. I like to sprinkle a little hope at the end.

What’s the difference between dark fantasy and grimdark? Depends on who you ask. Grimdark books tend to be more realistic versions of dark fantasy. If there’s magic, it’s only wielded by certain people, usually not the main character.

Make sure everything in your story serves a purpose to the plot. Avoid putting things in just because it’s dark. That’s a fast way to get people to stop reading. Think of horror. Gory scenes aren’t scary on their own. They only work if they’re done right. Do your research. Read/watch horror and dark fantasy stories to get an idea of how to handle dark themes.

The Elements of Dark Fantasy

​A Guide To Writing A Successful Dark Fantasy Story​

What is Dark Fantasy? – Definition & Examples

Can anyone recommend a good dark fantasy anime 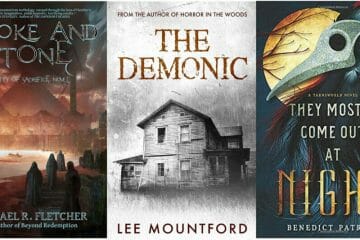