I like elves, fairies and dwarfs but I’ll sometimes roll my eyes when they show up in a story.  It’s more interesting when an author creates their own race, calling it something new. My story, The Marked Hosts, has dragon shifters but they’re called Sencial. The Del’Praeli in my Merging Worlds series were inspired by vampires.

How can you create unique, humanoid fantasy races that leave readers enthralled?

Read
Inhale stories that feature different kinds of fantasy beings. If you only read books with traditional elves, that’s what you’re going write. It doesn’t have to be novels. Comic books and manga have some creative non-human/magical characters. I read more manga than novels because of this.

Research Mythical Creatures
If you follow this blog, you’ll know I do posts about mythical creatures. The most recent one was The Vampire-Demon Hyena. I try to pick creatures I’d never heard of or ones I’ve come across before but didn’t know the lore behind them. Even doing research on fantasy staples like a dragon could be inspiring. I didn’t know, in some lore, that a dragon’s color indicated it’s ability. Read The Color of Dragons. I tend to do dragon-shifters in my stories. They’re fun.

Horror
Yes, most horror movie monsters are evil. They don’t have to be in your story. My Merging Worlds series started because I was tired of stories about stupid people being chased by monsters. I wanted to tell the story from the monster’s perspective.

Take Slender Man. It’s a pretty creative mythology. Use him as inspiration for your fantasy race. It can be kind of cool to create a race of beings who control tentacles made of shadows. Give them some depth. They look evil but they aren’t.

Pokemon
Imagine being that person that comes up with new Pokemon. Hello, dream job. Some of the Pokemon are kind of silly but you can’t deny how creative they are. Take a Pokemon ability and add it to a human. You have a unique fantasy race.

World Buiding Generators
Whenever I’m blocked for a new race of characters, I consult Seventh Sanctum or Fantasy Name Generators. They’re mostly for getting name ideas. They also have description generators: a short paragraph describing a race of beings. You could use those to get some ideas.

Anime
By now, you probably know I get about 80% of my world building inspiration from anime/manga and Japanese folklore.

I am aware that my books tend to read like an anime, which is why when I do my mythical creature research, I try to stay away from Japanese and Western Folklore. Some African countries have truly interesting beasties, like the Were-Hyena.

Hope you have some idea swimming around. In another post, we’ll dig deep into making your races realistic.

Do you have any tips for creating unique humanoid fantasy races? 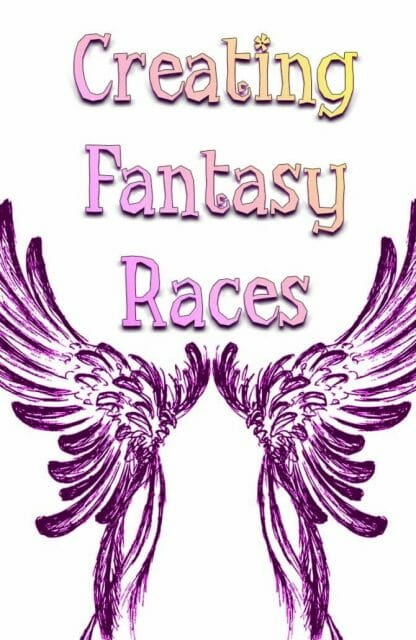 I’m working on a fantasy series and I just wanted to say thank you for the tips! Im going to check out that generator you recommended. I Use a fantasy generator too.