Fantasy and Sci-Fi Anime to Look Forward to this Fall

I rarely just watch TV. When I have a show playing, I’m usually doing something else like writing, blogging or playing Breath of the Wild. So, I’ve gotten behind on my anime because that’s not something I can just listen to. It’s not in English. Well…it can be but I mostly watch subbed anime. Nothing against dubbed. I’m just used to hearing anime in Japanese. Would be nice if I could download them and watch shows during my commute. Netflix does that but not Crunchyroll.

Here are some fantasy and science fiction anime coming out this fall.

During my research, I found some season 2 fall releases for shows I’d never even heard of. I’ve included them here because I plan on watching the first season.

It took me a while to start My Hero Academia but now, I’m kinda obsessed with it. It seems this season will focus more on Deku. I love him but it looks like we won’t be getting a lot of Bakugo and Todoroki. I’m a little sad about that.

I love, love SAO but I didn’t catch the first half of the Alicization arc mostly for the reasons above. Hopefully, I can binge it in a month and finish it on time for that October release date of the second half.

Never heard of this anime but the poster grabbed me. I’ll try to check out the first season before this one drops.

Fairies possess and reside within animals, granting them special powers. By surgically removing and transplanting the organs of a possessed animal into a human, humans can partially summon the fairy and use it as a weapon. Eventually, such individuals were used for war, and were called “Fairy Soldiers.” After a long war, these soldiers lost their purpose, and had to reintegrate into society. Nine years after the end of the war, Maria is a fresh recruit of “Dorothea,” an organization dedicated to the investigation and suppression of fairy-related crimes and incidents. Even in peacetime, the government is still unstable after the war. Many criminals still have lingering wounds from the previous conflict, and there are terrorist groups bent on revenge.

Another anime I never knew about. Sounds interesting.

Since I couldn’t find a subbed version of the trailer…

“The story is set in a world where only the aristocrats are responsible for fighting against the monsters using their power called “Mana.” Melida Angele is one of the young aristocrats going to the training school, but she is unable to use the power. To find out her true talent, a young man named Kufa Vampeel is dispatched to serve as her tutor. But he also has a secret task to assassinate her if she has no talents.” (Crunchyroll)

I’m on the fence about this one. Looks interesting but it also looks like a harem anime and I don’t do those. I’ll check it out.

SFF and horror shows are my tops but I’ve gotten into a few sports or slice of life anime. Years ago, I caught chatter about Yuri on Ice. When I heard it was about ice-skating, I lost all interest, forgetting I loved Kuroko no Basket (basketball), Haikyu!! (volleyball), and Free! (swimming). I don’t remember why I decided to give Yuri on Ice a chance. It turned out to be a beautiful show.

This cooking anime Food Wars! is getting a new season this fall. I keep meaning to start that show but I never get around to it. Maybe this year, I will.

Anime, admittedly, just will never be my thing. 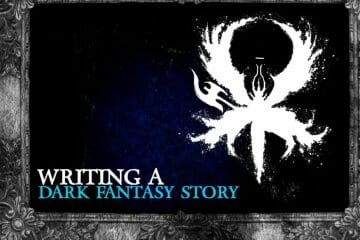 Dark fantasy is an interesting genre. It’s broad yet simple. It’s difficult to pin down a definition. I usually see it as a mix of fantasy and horror. Here’s a definition from Goodreads: “At its Read more… 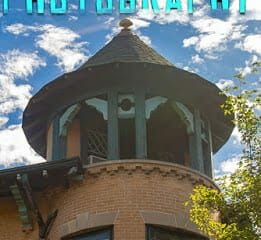 What Is Fantasy Photography?

Ever come across a scene that looks straight out of a fantasy book? I guess that may be different for everyone. From what I’ve seen, most see it as photos of people dressed as elves, Read more… 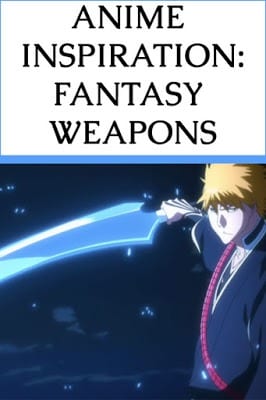 As you know, I pull a lot of inspiration for my stories from anime, especially powers, character features and weapons. Now, it’s time for anime weapons. I don’t simply mean how they operate. I mean how they Read more…