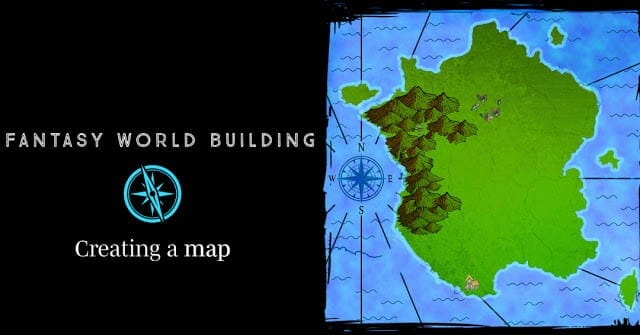 You can only deny inspiration for so long  While updating The Unburned Island,  a voice whispered in my ear to add a map. In Making a Fantasy Town Map: Behind the Scenes, I wrote about making a  map for book 2, The Wailing Town. But, I had no intention of doing the same thing for book 1. As always, the voice would not be silenced. At this point, I honestly didn’t try to hard to shut it up. I’ve fought this battle before and I never win.  Looks like I’m making a map for Book 1.

Recently, I discovered that Shutterstock has a lot of map vectors. I decided to do something a little different this time.  I usually draw the island in Photoshop but what if I found a landmass image in Shutterstock and built on that? 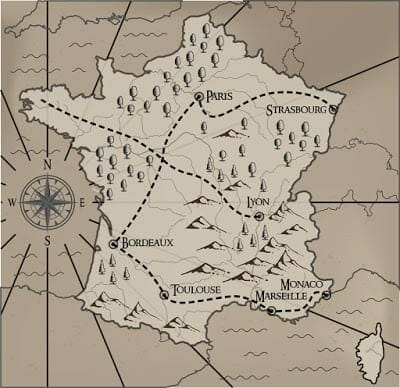 I liked this shape. But, it’s a map of France. I like creating fantasy lands instead of using actual places because I don’t want to be bogged down with being realistic to the setting.  The land’s shape in almost perfect but I need to change it a bit so it doesn’t look like France. You can find the image on Shutterstock.
This is the Unburned Island. 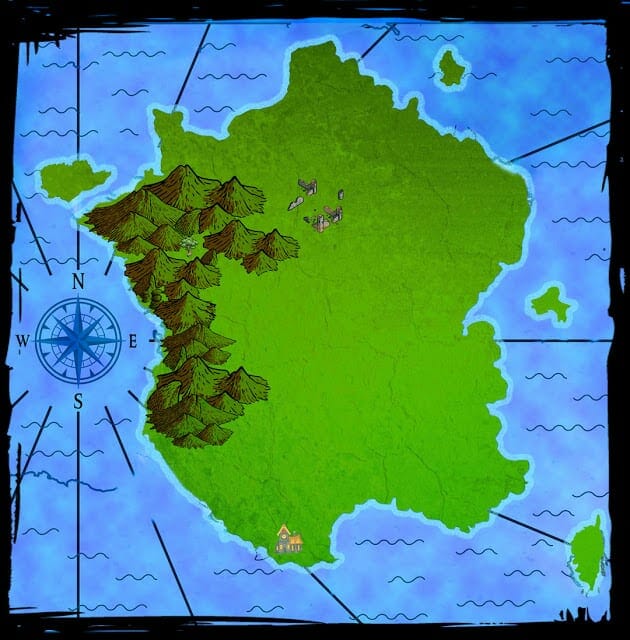 Since I began mapmaking, I’ve been researching geography to make my landmasses realistic. I generally don’t work with magic systems that change the natural formation of things like mountains and rivers. But, I clearly didn’t do enough research. This below video showed me the rivers in my other maps need to be fixed.
The Unburned Island is uninhabited, has been for years. People have tried building on it but bad things kept happening. Which means, the few building on the island are rundown or in complete ruins.
I chose this map icon vector set because I needed ruins. 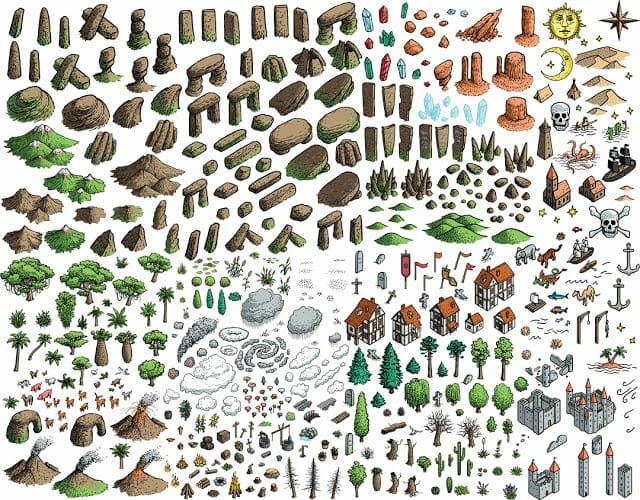 To find more map vectors, visit my Shutterstock Collection.
The mountains and trees on this sheet are also pretty nice. I wanted to do something different with the forest. You see in The Wailing Town’s map that the trees are pretty spread out. 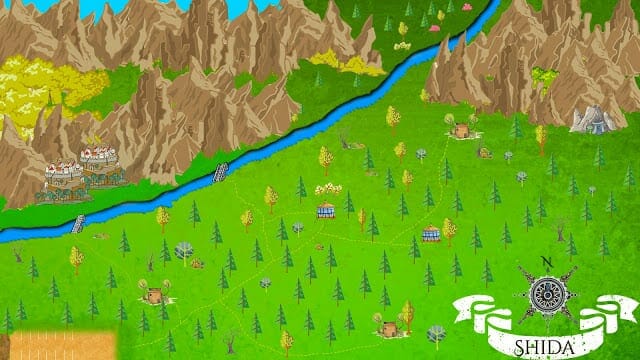 I copy and pasted different tree images. It’s time-consuming which is why the forest is not as thick. But, for the Unburned Island, I wanted to figure out how to create a thick forest.  I copied and pasted trees in a separate document to create this forest cluster. 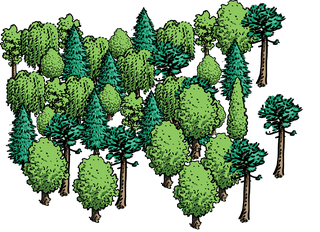 I copy and pasted this cluster all over the map. 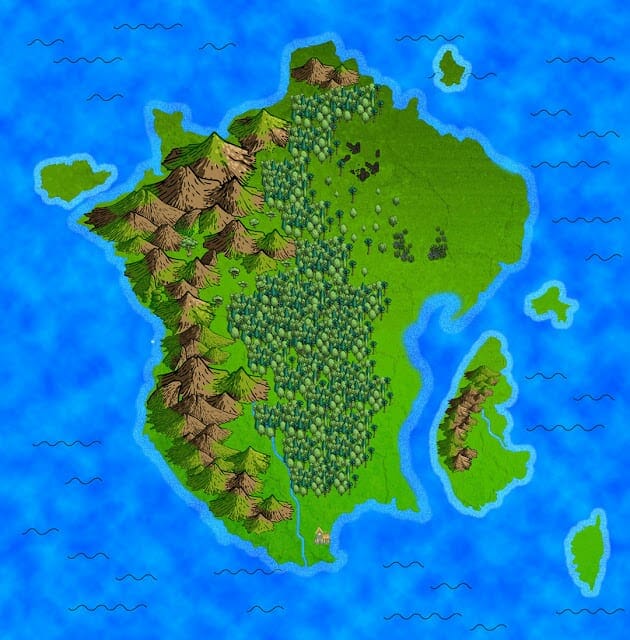 I changed the map shape a bit more because I wanted the island to be smaller. Although those lines shooting out of the compass like sun rays are cool, the map looks cleaner without them in the background. I also don’t like the border.
In the book, Kiran and her team are supposed to be exorcising the schoolhouse. It’s standing but it’s rundown. My stories don’t take place in medieval times. The buildings are more modern. Most fantasy map icon set assumes your setting takes place during medieval times. Mine does not so I needed to get creative.
I found this: 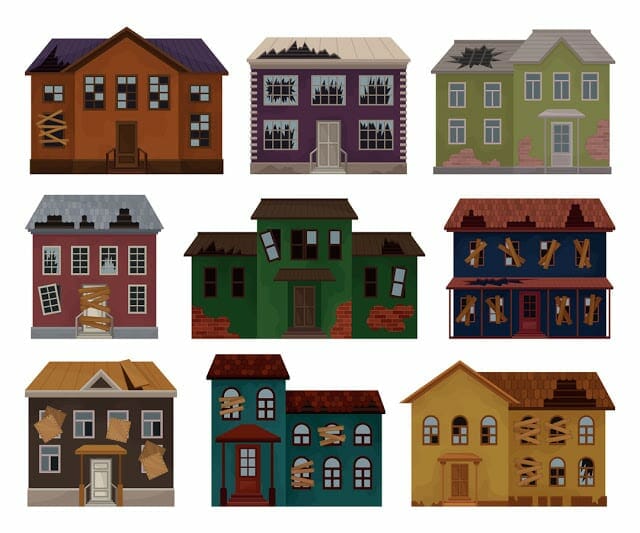 Using these images, I created the schoolhouse. 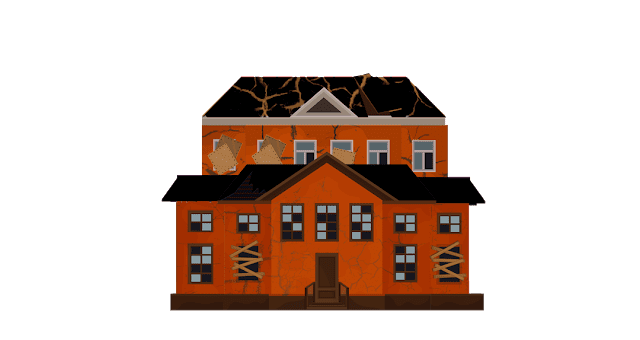 That distressed look came from a brush set I found on DeviantArt.
Kiran begins the story by mentioning a long ride. I need a road to show how they got from the ferry station to the school. This map got me using the Pen tool in Photoshop.  I tried drawing it freeform but it did not come out right. The Pen tool is not easy to use. But, it made me a nice road from the ferry station. 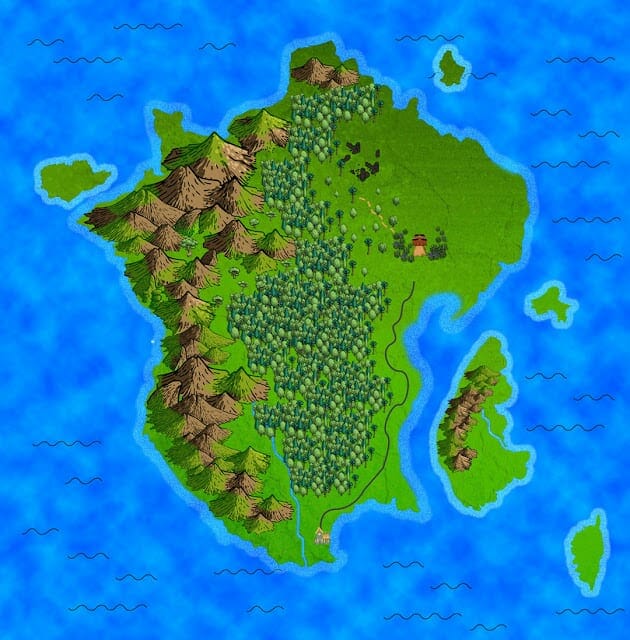 I changed the colors a bit and added more details and a border. 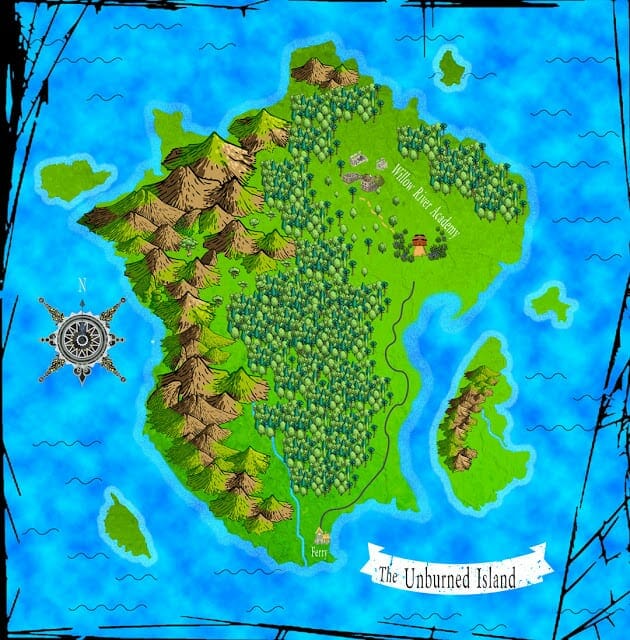 In the end, I didn’t use the ruins in that map vectors set I shared above. They look nice but they’re stone. The school is not made out of stone. This map pushed my computer to the limit. Getting the mountain color right was probably the hardest part. That and using the Pen tool to create the road. Now, I’ll be going back to The Wailing Town’s map and redoing the forest to make it look thicker. I’ll also need to fix the rivers in some of my other maps. This was a fun workout. If you have any questions about map making, comment below.
…
Check out The Unburned Island available now. 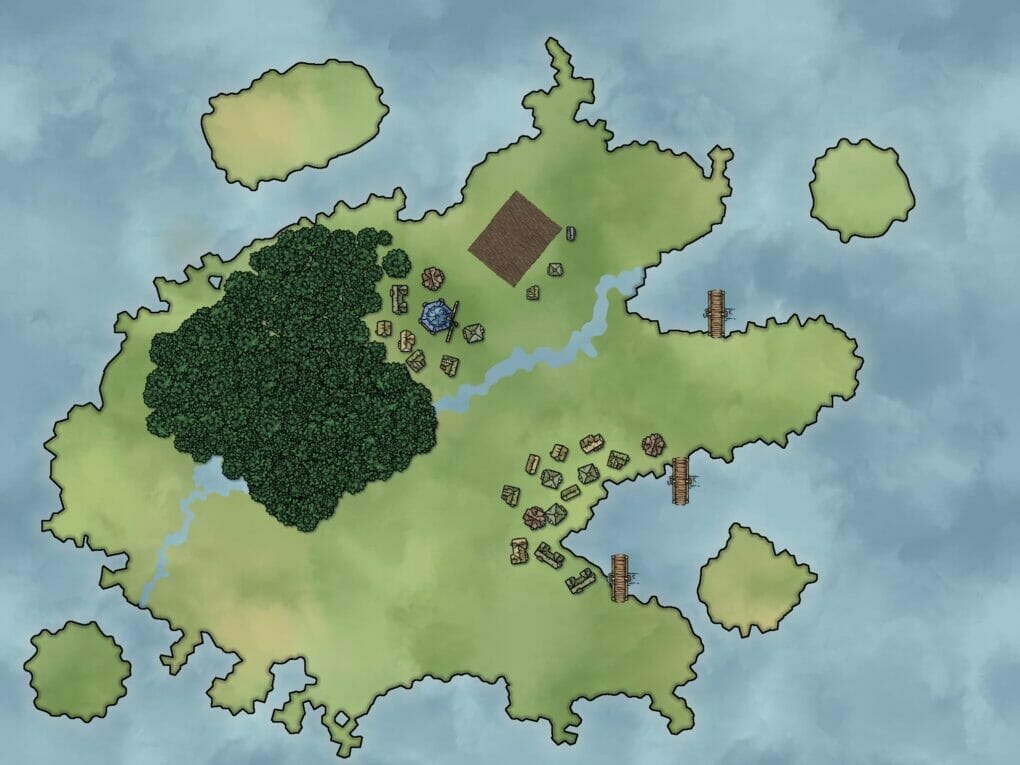 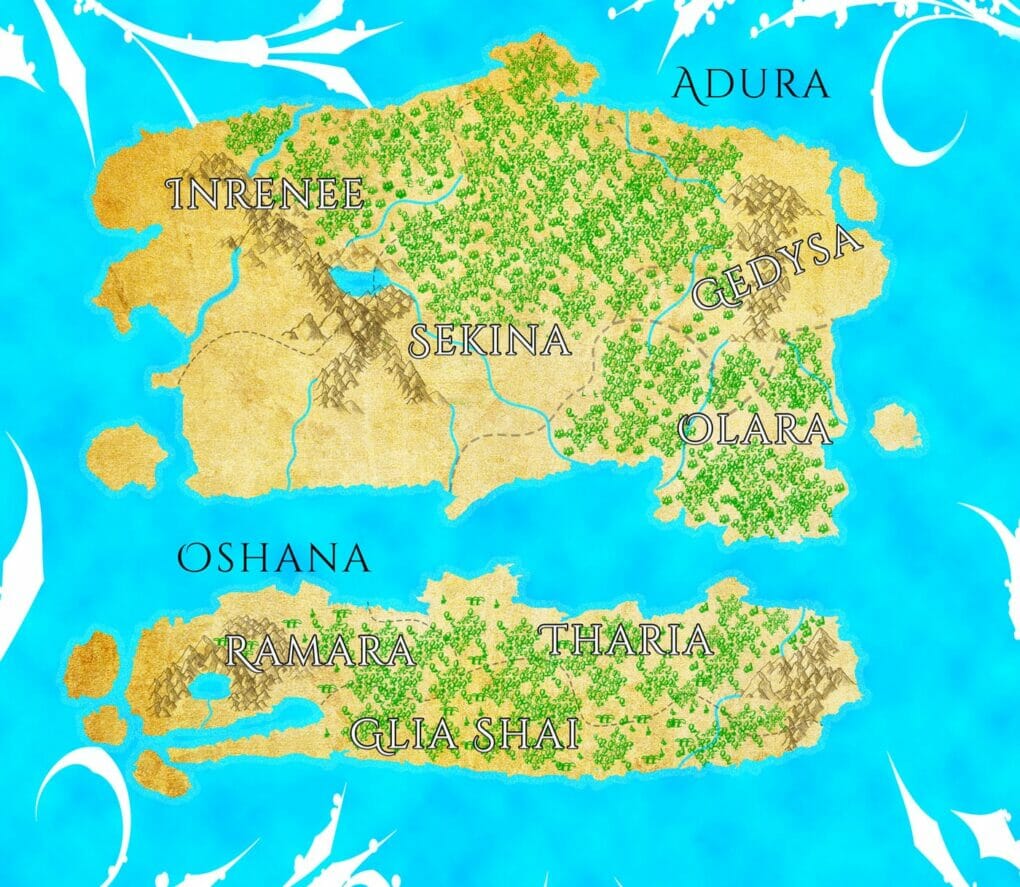