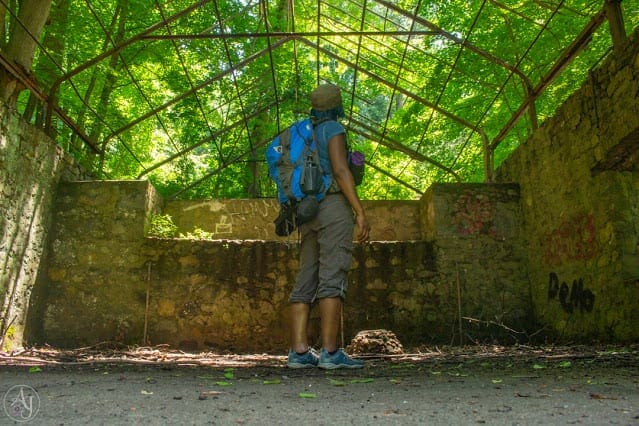 She used to hunt for silence like you would burried treasure. Now, the forest was quiet. The ruins no longer spoke to her. She thought she’d miss the voices. She didn’t. She missed the stories.
….

Even before COVID, I avoided heavily trafficked trails. I hike because I want to be away from people. And, it’s difficult to take good photos if a lot of people are in the way. Adobe Photoshop’s Content-Aware tool has gotten better at removing people from photos but I’d rather not rely on that.

I made an exception this weekend because I wanted to the ruins in Hudson Highlands State Park. Should’vet gone during the week. The trail was not Times Sqaure packed but it was still annoyingly crowded, especially around the ruins.

Even worse, more and more people have stopped wearing masks and social distancing. Did I miss the memo? COVID is still a thing. And it’s rising in states that thought they had it under control. Are we going to be trapped in a loop until COVID is cured? It’s NY so, we can’t social distance all the time but we all can at least wear masks or scarves around our nose and mouths.

Sorry, as you can tell, parts of the trail were a little irritating. It took me almost 3 hours to get there. Going home wasn’t an option. Fortunately, the farther in I hiked, the less crowded it got.

I want to tackle Breakneck Ridge one day but it’s a super popular trail. That may be a weekday hike. If you’re looking to hike the Hudson Highlands and you’re concerned about COVID, I’d suggest doing a weekday trip, if you can. Sunday’s is probably better. Maybe pick a less popular trail. Hiking to Bull Hill wasn’t this bad.

The trail was still pretty. Sunlight shone on certain places like they were treasures in a video game. 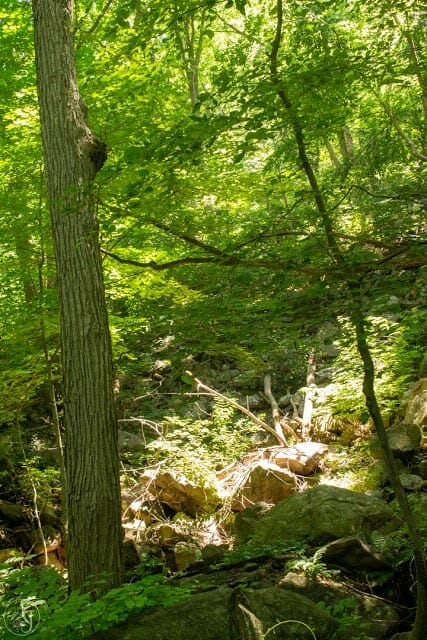 The trail leading to Cornish Estate’s ruins was easy compared to other terrains I’ve hiked. Most of it was paved and the inclines weren’t that steep.

The treasure at the end was worth it, even if people kept getting in my shot. 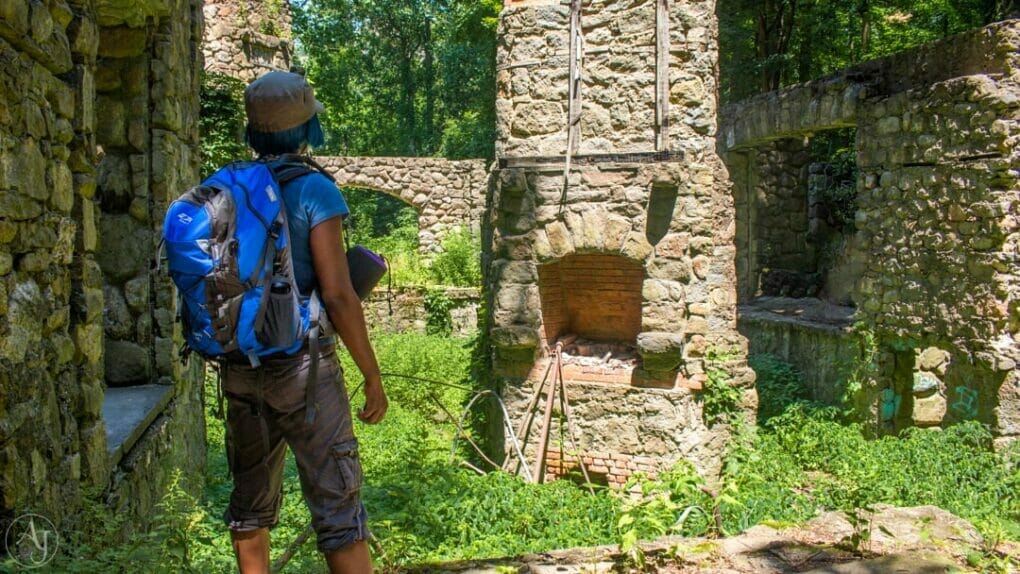 I always wanted to photograph abandoned buildings but that is not something done alone unless I have a weapon, know how to fight or both. At least, I wouldn’t feel comfortable doing that alone. I was a bit wary of climbing through ruins I found on the trail. Didn’t want something falling on me. 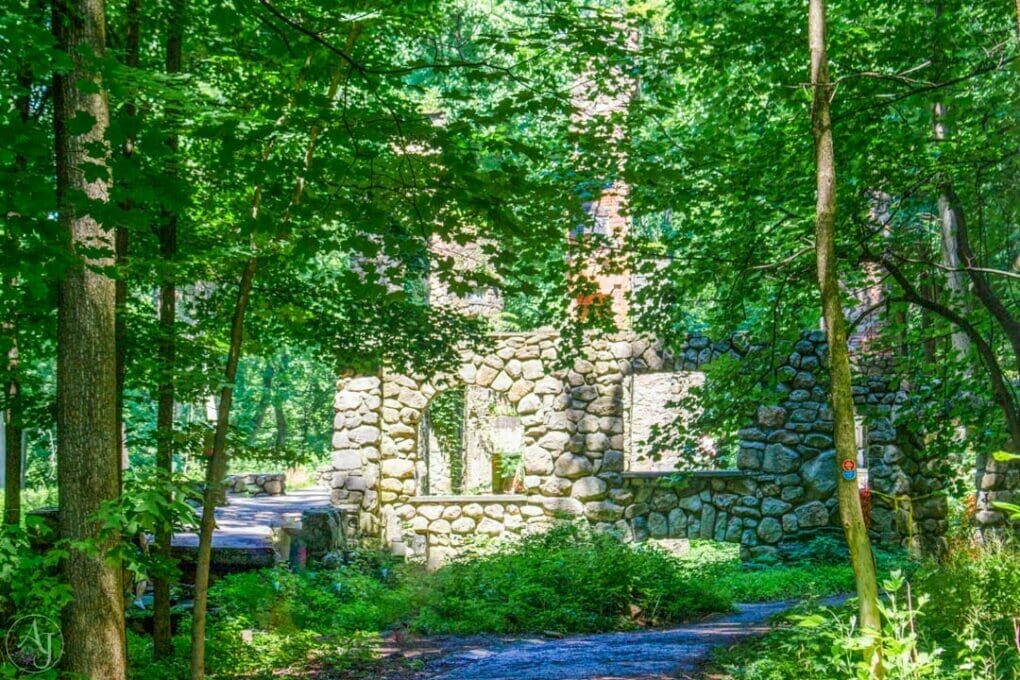 I knew this was a heavily photographed spot. The night before, I did a Google search of the types of images people took here. I wanted to try and do something different. 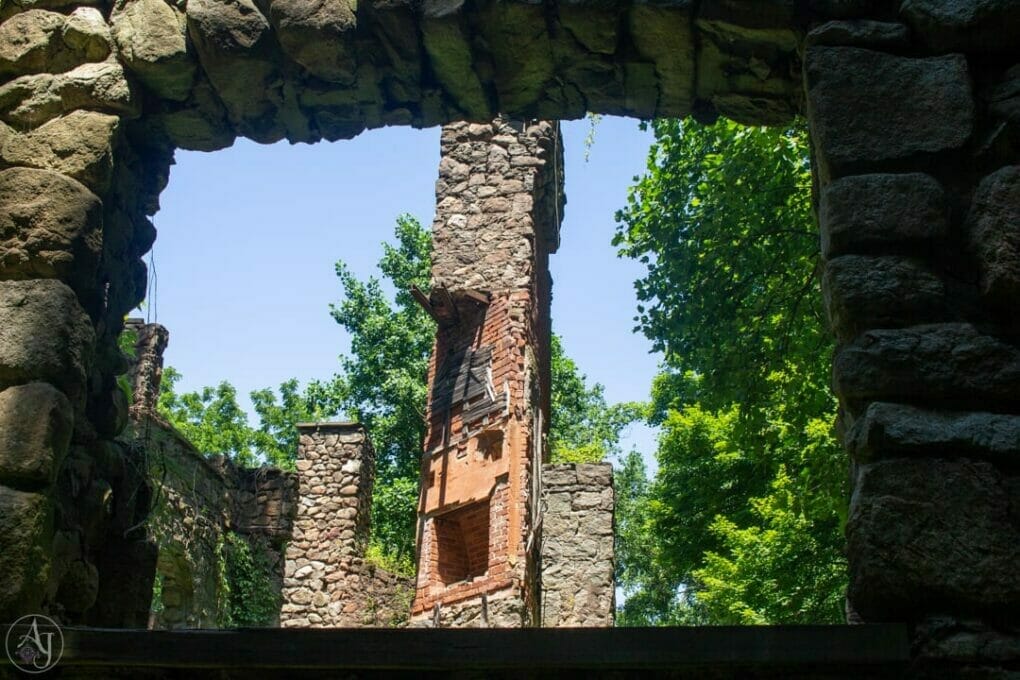 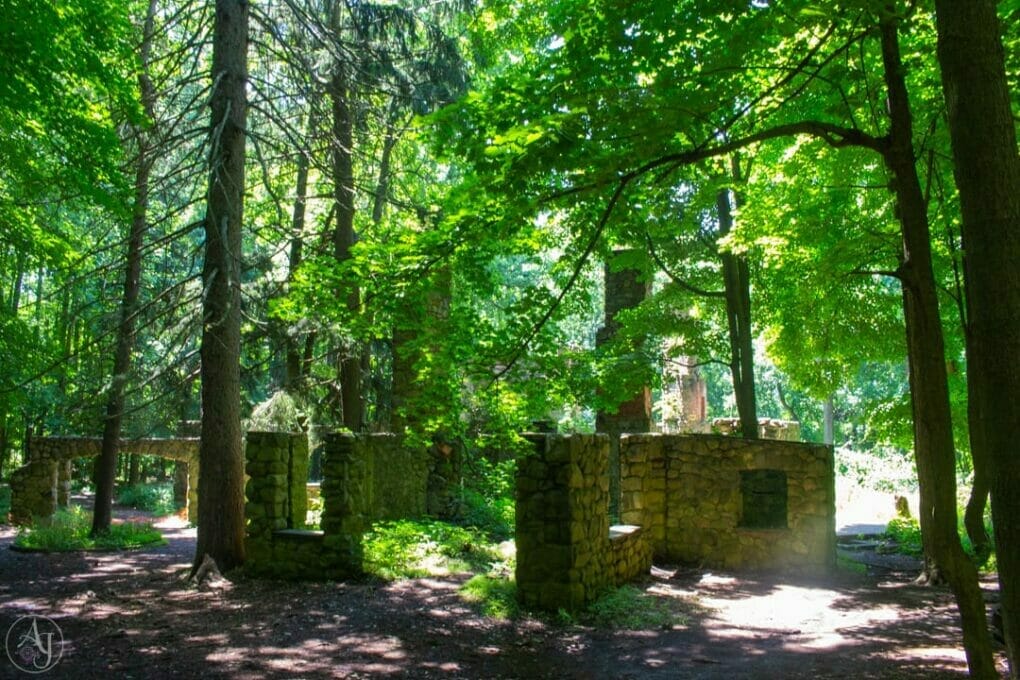 Fortunately, the old building next to it, off the beaten path, wasn’t as crowded. 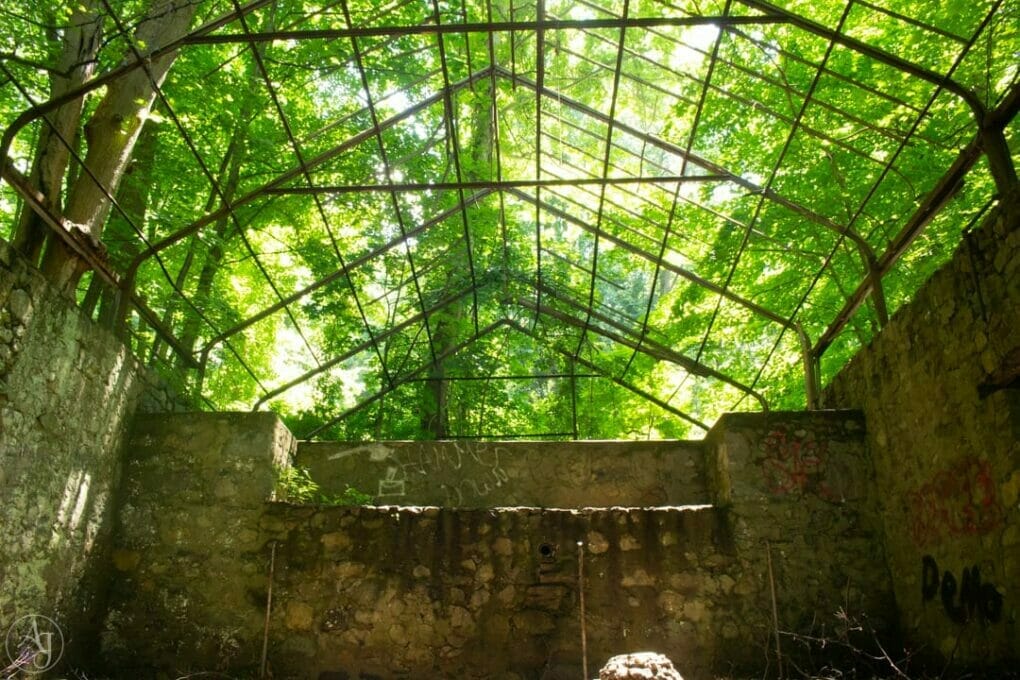 The doorway was huge. 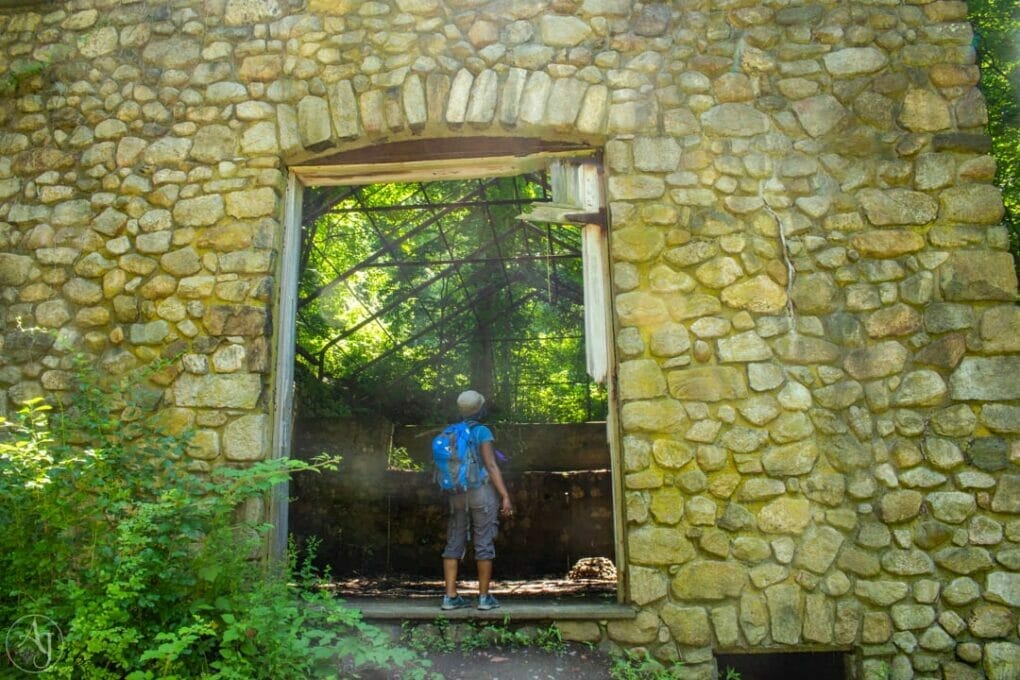 Getting to the ruins was only a little over a mile’s walk. Before I left home, I mapped out a longer route to make the trip worth it. Father up the trail was supposed to be a beautiful view. That would be my endpoint. About 6 miles round trip. 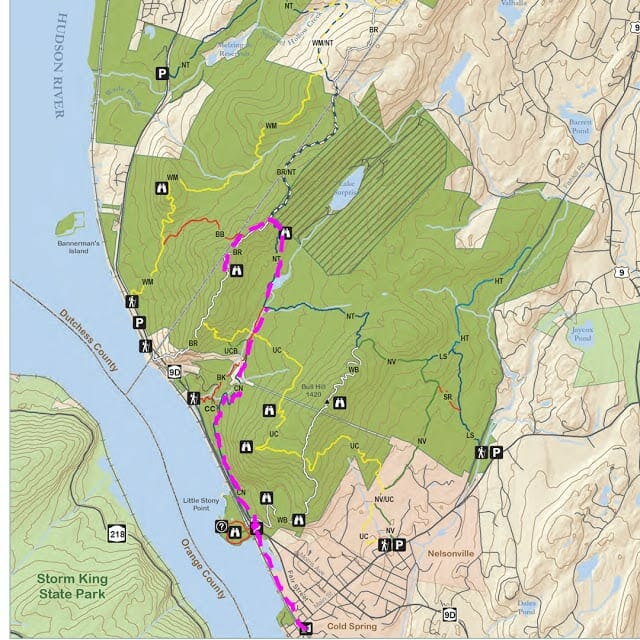 I’m glad I decided to extend my route. I got a little surprise along the way. 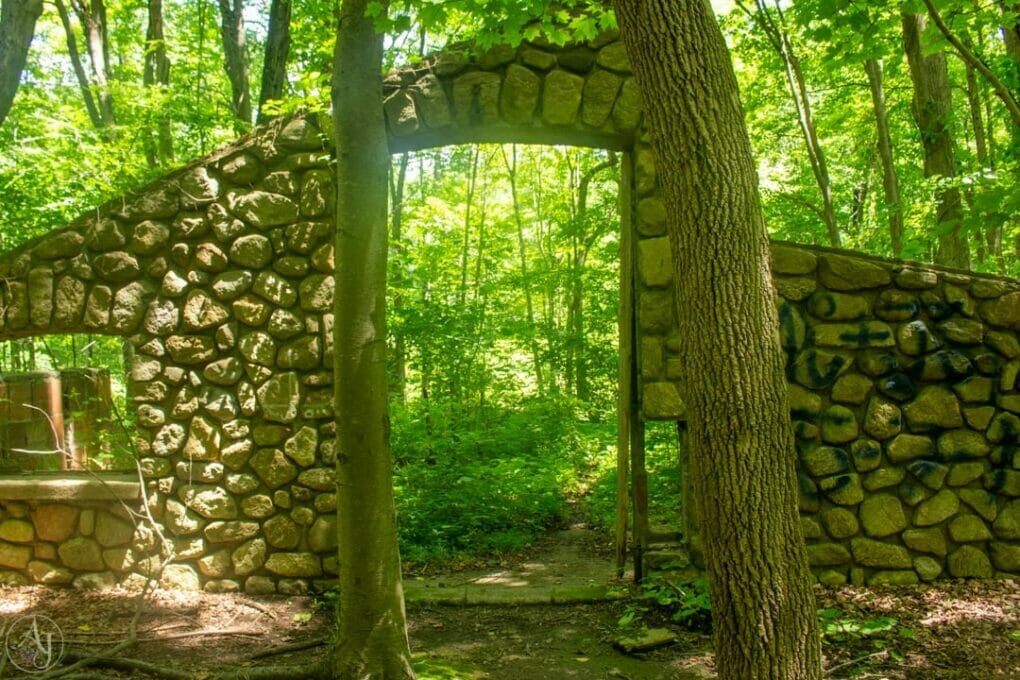 Always fun to see handprints on an old abandoned building in the middle of the forest. 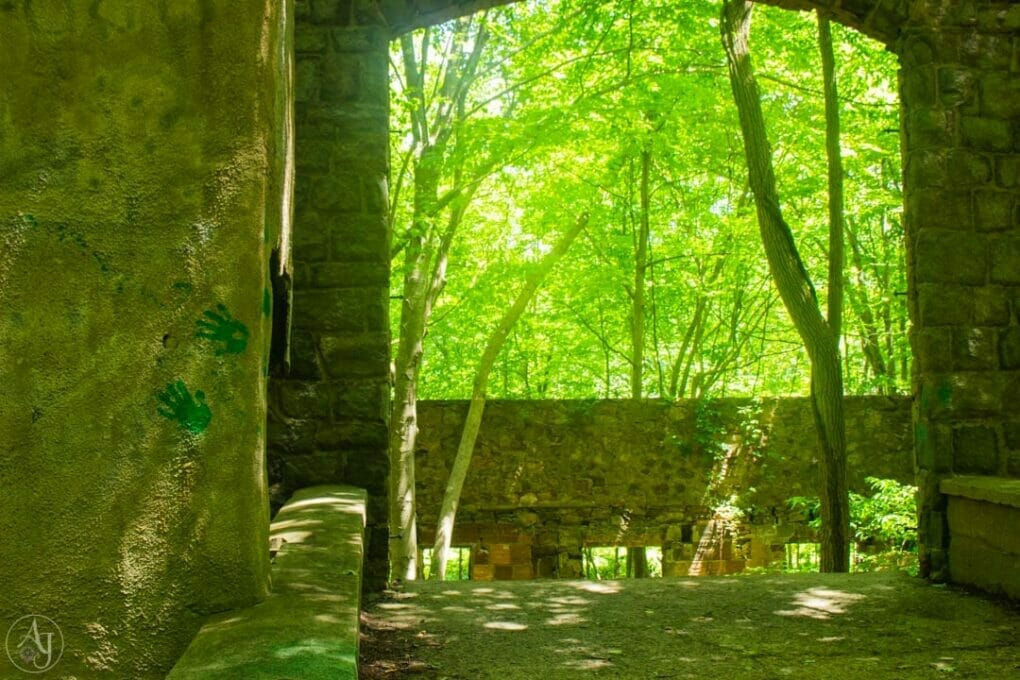 I knew about Cornish Estate’s ruins but I hadn’t expected more. I’ve been searching for the name of these ruins but I can’t even find photos of it. People had to take pictures of it.

Unfortunately, a group of people were walking the trail behind me and they stopped here as well. I couldn’t take as many photos as I wanted. I was hoping to get more photos on the way back but another group of people had camped out here. 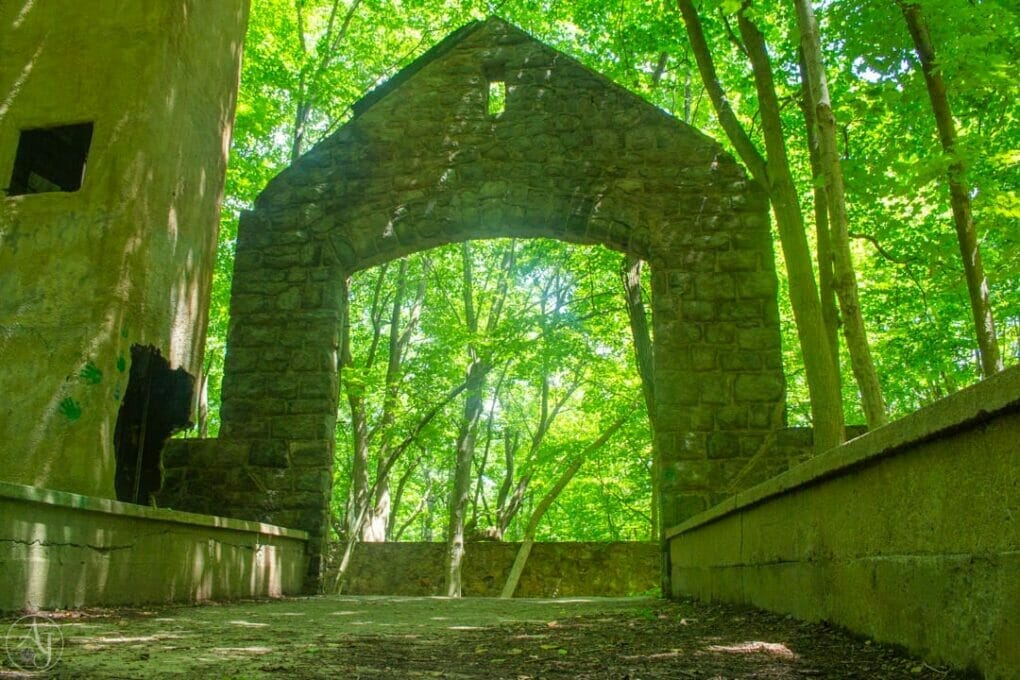 I did make it to the end of my mapped route. The view was totally worth the sometimes torture of a trail. Certain areas made me real mad at Hudson Highlands. Parts weren’t trails, they were mountains. I hadn’t expected to be climbing rocks. It got worse the closer I was to my destination. But that’s another post. 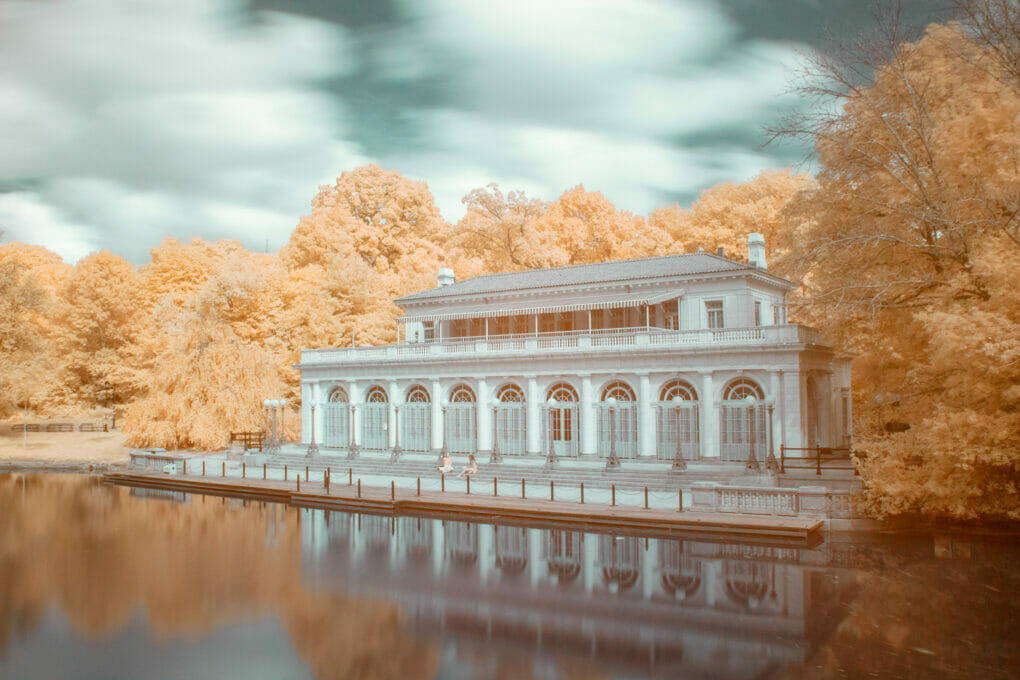 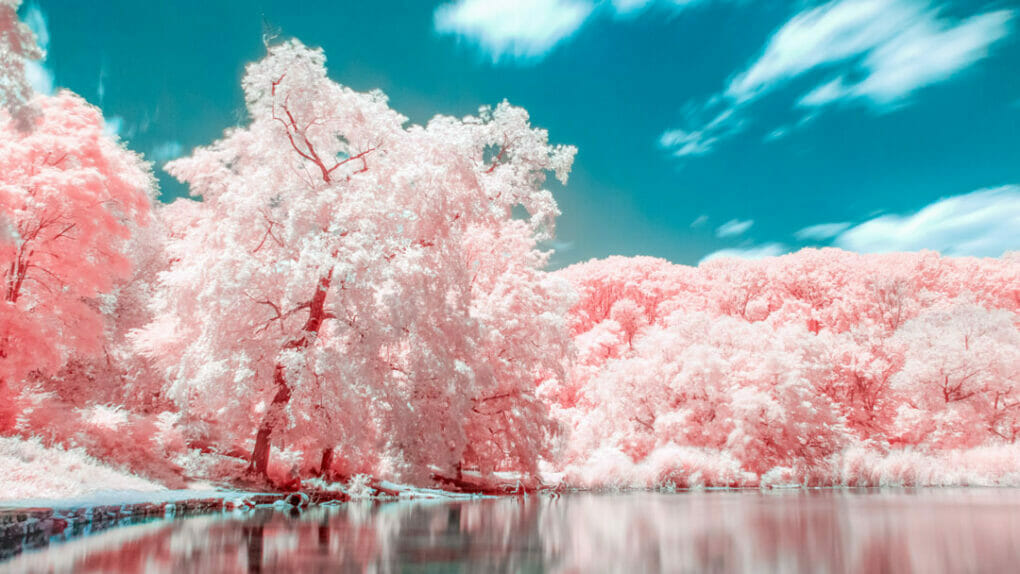 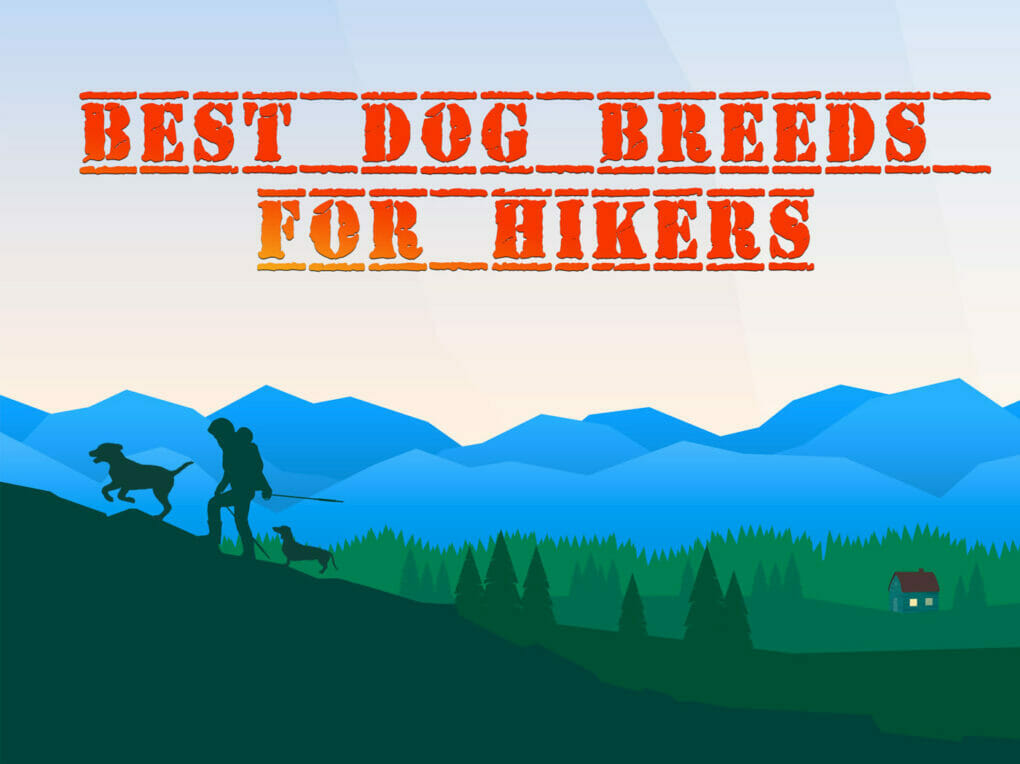